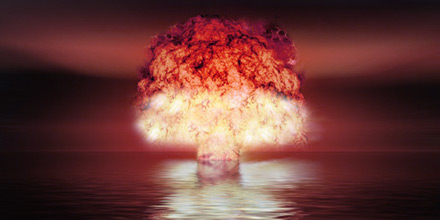 Professor Kevin Clements, Director of Toda Peace Institute, reflects on the current state of the arms race to mark the International Day Against Nuclear Tests. As Albert Einstein said “A nuclear war can never be won and must never be fought”. It’s vital that every generation accepts this piece of sage advice, especially when political leaders are once again contemplating whether nuclear weapons have any tactical military utility. Most nuclear experts agree that we will never be totally safe from nuclear weapons until are all totally abolished. This is because their presence anywhere is destabilising, deterrence theory has been exposed as a constant danger since there is some probability that they will be used either accidentally or intentionally and the theory collapses. But more importantly, it is now widely agreed by nuclear scientists that any exchange of nuclear weapons anywhere in the world would be directly and indirectly devastating, through the nuclear winter that would follow. This is why the Treaty on the Prohibition of Nuclear Weapons (TPNW) was adopted two years ago. There is no nuclear safety without nuclear abolition. New Zealand played a critical role on the negotiation of this Treaty and has both signed and ratified its provisions. This Treaty will only have an impact, however, if all nuclear powers sign it and renounce their arsenals. In addition would-be proliferators like Iran and Saudi Arabia need to be persuaded never to develop them. One small step in this direction would be for all states to agree not to develop and certainly not to test nuclear weapons. Since nuclear weapons testing began on 16 July 1945, 2,065 nuclear tests have taken place. In the early days of nuclear testing, little consideration was given to its devastating effects on human life and the dangers of nuclear fallout from atmospheric tests. We now know the tragic consequences of such testing especially when atmospheric conditions went wrong. The radiation effects of all atmospheric tests generated higher incidences of cancer and genetic mutations in all places that hosted them. New Zealanders remember well the impact of all the French, American and British Testing in the Pacific. We were able to observe the glow from larger hydrogen bomb tests in the Pacific from New Zealand and levels of caesium and strontium 90 rose all over the country. Our servicemen and women who observed the British tests have suffered the harmful consequences ever since. On 2 December 2009, the 64th session of the United Nations General Assembly declared 29 August to be the International Day against Nuclear Tests by unanimously adopting resolution 64/35. This resolution calls for increasing awareness and education “about the effects of nuclear weapon test explosions or any other nuclear explosions and the need for their cessation as one of the means of achieving the goal of a nuclear-weapon-free world.” The resolution was initiated by the Republic of Kazakhstan, together with a large number of sponsors and co-sponsors with a view to commemorating the closure of the Semipalatinsk Nuclear Test site on 29 August 1991. It is particularly vital that we focus some attention on this day in 2019 as the President of the United States is asking whether “small tactical nuclear weapons might be used in warfare”. In the 2018 Nuclear Posture Review he set aside funding for the modernisation and miniaturisation of nuclear arsenals which would require both laboratory and field testing of such weapons. As we observe this day against nuclear tests, it is important to remind ourselves that there already exists an international instrument to put an end to all forms of nuclear testing. It is the 1996 Comprehensive Nuclear-Test-Ban Treaty (CTBT). New Zealand and many other countries spent a lot of time negotiating this treaty and put in place rigorous verification measures to ensure that it was complied with. Unfortunately, despite NZ (and like-minded countries) efforts to get this treaty signed and ratified by the nuclear powers, this has not happened and it has yet to enter into force. As the Secretary-General of the UN recognized in his disarmament agenda “Securing our Common Future” on 24 May 2018, the norm against testing is a measure that serves both disarmament and non-proliferation objectives. By constraining the development of advanced new types of nuclear weapons, the CTBT puts a brake on the arms race. It also serves as a powerful normative barrier against potential States that might seek to develop, manufacture and subsequently acquire nuclear weapons in violation of their non-proliferation commitments. Because of this, it is critical to continue pushing all remaining States whose ratifications are required for the CTBT to sign the Treaty at an early date and to accelerate the completion of their ratification processes. We are living in dangerous times. The international arms control and disarmament agenda is unravelling. The United States has just pulled out of the INF Treaty and has tested a new Cruise Missile. The ABM Treaty has ended and if the United States does not agree to an extension of the New Start Treaty there will be no bilateral or multilateral constraints on the development or deployment of nuclear weapons. The forthcoming NPT Review Conference looks as though it might end in failure and if the norm against proliferation weakens, all sorts of countries might try to develop such weapons to improve their bargaining power in the international community. All of this means that at minimum we need to bring the CTBT into force and at maximum we need to shame the nuclear powers into signing on to the Treaty Prohibiting Nuclear Weapons. The weapons generate fear and have no military or political utility . We will only be truly safe when all 17,000 such weapons have been abolished and when all countries renounce their current arsenals and commit to not testing new weapons in modernisation programmes. 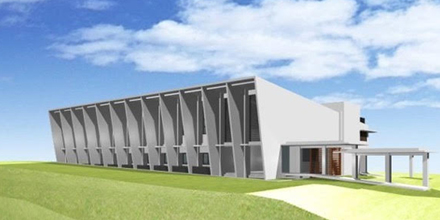 Click here to read the article. The Pacific Climate Change Centre to be based in Samoa, will open in September. Read more... [Quotation] https://www.rnz.co.nz/international/pacific-news/396249/pacific-climate-change-centre-to-open-in-september

Click here to read the article. Fiji is proposing new climate change laws to restrict the use of plastics, and plan for the relocation of threatened coastal communities. Read more... [Quotation] https://www.rnz.co.nz/international/pacific-news/396178/fiji-proposes-new-climate-change-laws 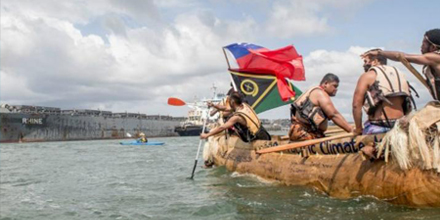 Click here to read the article. Pacific leaders have declared a climate crisis in the region and are demanding an end to coal mining. Read more... [Quotation] https://www.rnz.co.nz/international/pacific-news/395629/pacific-leaders-declare-climate-crisis-demand-end-to-coal 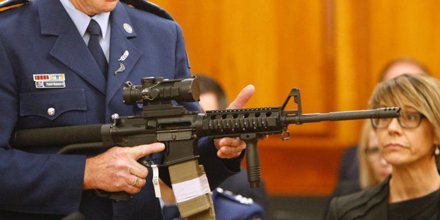 Click here to read the article. Following the changes to New Zealand gun laws which were passed soon after the 15 March Christchurch Mosque attacks, the police have begun a series of gun buy back events. These began in Christchurch. Toda Peace Institute Director, Professor Kevin Clements, talks to ABC news about public opinion on the buy back scheme in New Zealand. Read more... [Quotation] https://www.abc.net.au/news/programs/the-world/2019-07-12/public-opinion-completely-in-favour-of-nz-gun/11305800