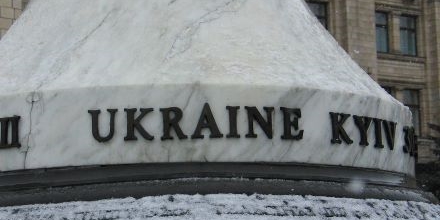 Image: Flickr Toda Peace Institute Director, Professor Kevin Clements, was interviewed on Radio New Zealand on 25 February to give his view on the Russian invasion of Ukraine, and the global response.  Click here to listen to the full interview (4’41”). 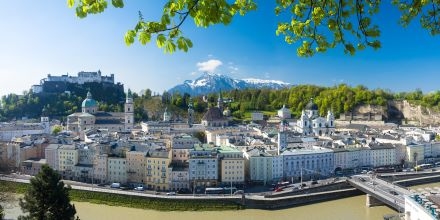 Salzburg, Austria. Credit: Theo Crazzolara/Flickr Tom Shea and Kateryna Pavlova write for Bulletin of the Atomic Scientists. This article was originally published on 7 February 2022. At the end of World War II, Austria was occupied by France, the United Kingdom, the United States, and the Soviet Union. It might have remained divided like Germany. Instead, Austria and the four powers agreed to Austrian neutrality in 1955, which has proved remarkably successful. Today, Vienna hosts well-respected international organizations like the United Nations and the Organization of Petroleum Exporting Countries. The city was deemed the “most livable” for 10 years running on a survey that compared world cities on political, social and economic climate, medical care, education, and infrastructure conditions. As Russia bears down on Ukraine, Austria’s experience warrants examination. Could Ukraine follow Austria’s lead to resolve the current crisis? To be sure, the circumstances of post-World War II Austria differ from the current moment. In 1955, Austrians were defeated, disarmed, and desperate to recover. By then, the Soviet Union, the United Kingdom, and the United States possessed nuclear weapons, and Cold War tensions were palpable. Today, Ukraine is besieged by Russia but strengthened by support from Western military powers. Ukrainian citizens are desperately preparing—for what? No one knows, given the uncertain course of the current crisis. To read the complete article, please go to Bulletin of the Atomic Scientists 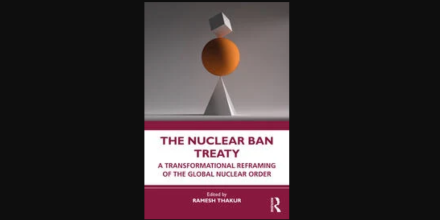 A new book from Toda Peace Institute, The Nuclear Ban Treaty: A Transformational Reframing of the Global Nuclear Order, has recently been published by Routledge. Edited by Toda’s Senior Research Fellow, Ramesh Thakur, the essays in this book describe, discuss and evaluate the transformational normative reframing of the Treaty on the Prohibition of Nuclear Weapons, or Ban Treaty. The book takes readers on a journey through the genesis and negotiation history of the treaty and the humanitarian initiative behind it, to the possible trajectories and shape of the emerging normative architecture of the global nuclear order. The thirty-three chapters are drawn from previously published Policy Briefs and Global Outlook articles from leading academics, policy makers, think tanks and diplomats from around the globe, drawn together with an Introduction and Conclusion by Ramesh Thakur. Toda Peace Institute Director, Professor Kevin Clements, is delighted to announce this timely publication. “With the first meeting of States Parties to the Treaty due to be held in 2022 and the continuing existential threat of nuclear weapons in the world, the publication of this book could not be more important in the current geopolitical environment.” This volume is a vital guide to the Ban Treaty for students of nuclear disarmament, arms control and diplomacy as well as for policymakers in those fields. The book can be ordered now from Routledge in hardback, paperback and ebook formats. 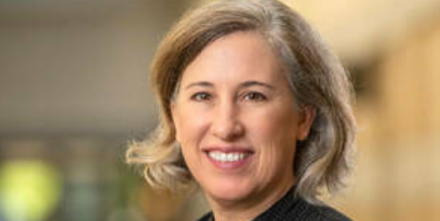 Lisa Schirch. Toda's senior research fellow for Social Media, Technology and Peace Building, and a prominent peace studies scholar and practitioner, has joined the University of Notre Dame’s Kroc Institute for International Peace Studies as the Richard G. Starmann, Sr. Professor of the Practice in Peace Studies. The full article with details of Professor Schirch's appointment can be found here: https://kroc.nd.edu/news-events/news/lisa-schirch-joins-kroc-institute-as-starmann-chair-in-peace-studies/

Image: Protestors in New York show their support for Ukraine, Jan 2022 / Ron Adar: Shutterstock.com Toda Peace Institute Director, Professor Kevin Clements, gave an interview to Radio New Zealand on the crisis at the Ukrainian border. In the interview, Professor Clements observed that any war in the region "will have very negative consequences for Ukraine and for Russia and it will further polarise the East-West divide." The full article by Radio New Zealand news can be found here:  https://www.rnz.co.nz/news/national/460203/ukrainians-in-new-zealand-call-for-government-to-put-political-pressure-on-russia