In the second in a series of blog articles for the DevPolicyBlog, Charlotte Bedford, Richard Bedford and Rena Tekanene share the story of 47 I-Kiribati women who are part of a group of seasonal workers stuck in New Zealand since borders closed in early 2020, and who have no way of getting home. See full article here: https://devpolicy.org/i-kiribati-female-seasonal-workers-in-new-zealand-lived-experiences-20210901/?utm_source=Devpolicy&utm_campaign=b8a6705d56-Devpolicy+News+Dec+15+2017_COPY_01&utm_medium=email&utm_term=0_082b498f84-b8a6705d56-227682326 Image: Accommodation for I-Kiribati workers, Clarks Beach, New Zealand (Richard Bedford) 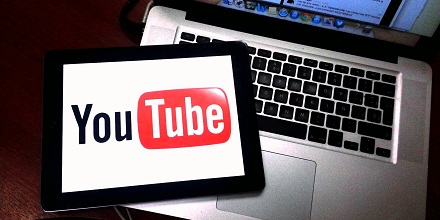 Toda Peace Institute is pleased to launch a new initiative to bring Toda’s work to an even broader audience. A series of recorded conversations has been uploaded to Toda’s YouTube Channel. The first conversations are part of a research project focusing on issues of peace, security and trust-building in Northeast Asia.  “The Toda Peace Institute is fortunate to have worked with many leading experts in the field of Northeast Asian trust-building and peace, and we feel privileged to have some of them agree to join us in these conversations to share their wisdom,” said Toda Peace Institute Director, Professor Kevin Clements. Professor Clements and Senior Research Fellow Hugh Miall facilitate the conversations. “We hope that these recordings will be shared and viewed widely, in classrooms and by policymakers in discussions about and action planning for stable peace in Northeast Asia,” said Professor Clements. Further conversations looking at challenges to democracy will be uploaded later this year. The first two conversations have been uploaded to Toda’s YouTube channel. You are invited to view these enlightening conversations. Please share them widely and subscribe to the channel. Overcoming Sino-Japanese Alienation, with Barry Buzan and Evelyn Goh Part One: The origins of the history problem and possibilities for a great power bargain. https://youtu.be/aMfFGF2WJZM Part Two: The pressures of an unpredictable China, US foreign policy and domestic politics https://youtu.be/8yVNxNmSouY Part Three: The lack of collaboration in the face of superordinate challenges such as climate change and pandemics, and deep-rooted history problems. https://youtu.be/YNBRhQDKR34 Part Four: Economic trends, confidence building measures, and the impact of status and hierarchy. https://youtu.be/d0JV9x7Eq_s Prospects for Peace on the Korean Peninsula, with Chung-in Moon and Peter Hayes Part One: The Korean vortex. https://youtu.be/GlrRcvQeJd0 Part Two: Requirements for a permanent peace agreement and the likely timeline. https://youtu.be/bGLcnL9jc4k Part Three: The importance of denuclearisation in peace negotiations and the status of US forces in Korea. https://youtu.be/i5xQ_X7WTY4 Part Four: The Influence of domestic politics on peace prospects in the region and South Korea’s troubled relationship with Japan. https://youtu.be/XClxQ4cGqiA Part Five: How Northeast Asian order is perceived by Korea, the influence of the pandemic and geo-ecology initiatives. https://youtu.be/yOGps1xc-3g   Image: Flickr/Esther Vargas 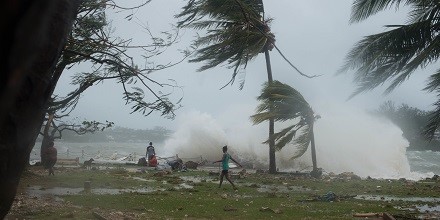 The latest report from the United Nations' Intergovernmental Panel on Climate Change has prompted one of the co-authors to warn that it represents a looming line in the sand for the Pacific. Without further reductions in emissions before 2050, the IPCC's vice chair, Professor Mark Howden, says the world is likely to exceed warming of two degrees Celsius before the end of the century. The report suggests that will mean dramatic and devastating sea level rise, and fewer, but more intense cyclones across the Pacific islands. See full article here:https://www.abc.net.au/radio-australia/programs/pacificbeat/ippc-report-only/13490204   Image: Flickr/Salvation Army IHQ 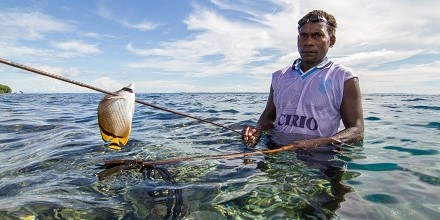 The Pacific's coral reef systems and coastal fisheries are set for extinction if wealthy nations don't drastically and immediately cut greenhouse gas emissions. An Intergovernmetal Panel on Climate Change report released Monday night pegs temperatures hitting as much as 3.9 degrees above industrial times, twice the 1.5 degree target. Anything above 2 degrees is viewed as a death-knell in the Pacific. A New Zealand climate scientist is one of the IPCC report's lead authors and said it provides more certainty about our dire climate trajectory. See full article here:https://www.rnz.co.nz/international/pacific-news/448862/there-s-no-time-left-for-empty-promises-says-pacific-climate-activist Image: Spear fishing for reef fish, Santupaele village, Western Province, Solomon Islands/Flickr/Filip Milovac 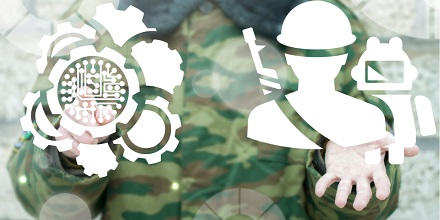 On 21 July 2021, the Toda Peace Institute and Platform for Security and Emerging Technologies (PSET) co-organised an online symposium under the title “Examining Norms and Regulations for Emerging-Technology Weapons 2: A Perspective Provided by the History of Science and Technology.” The innovative format included a panel of three speakers gathered virtually. The symposium was conducted in Japanese. The development of science and technology has enabled a dramatic increase in the capabilities of weapons and has had a profound impact on security of states. There are concerns that restrictions on military technology may affect the use of technology for civilian purposes, which is known as the issue of dual-use technology. How we can look at such regulations in a situation where it is difficult to fully predict the potential effects of advanced technologies is an uneasy question today. With this question in mind, the three panelists, including a scientist and an engineer as commentators, discussed what we can learn from the knowledge provided by the history of science and technology on the issue of autonomous lethal weapon systems (LAWS), which has been attracting a lot of attention in recent years. Ms. Sumiko Hatakeyama of Peace Boat, who is a doctoral candidate in history and sociology of science at the University of Pennsylvania in the U.S., mentioned the societal nature of science, saying that science cannot be neutral from society, and that we need to look at the process of making, circulation, application, and use of knowledge of science and technology in order to address the question with complexity and uncertainty. She touched on the idea of “technologies of humility” and discussed how scientists can fulfill their responsibilities in a risk society. Dr. Tomohiro Inagaki, Professor at Hiroshima University and Chair of the Pugwash Japan, discussed how knowledge in science has developed, taking astrophysics, life science, and information science as examples, and explained how research is done at sites linking multiple research institutions and companies. He also discussed what scientists can do in such an environment, and the role of scientists with regard to problems science cannot answer. Mr. Tomoyoshi Hirata, Representative of the Military-Civilian Dual-Use and Fusion Technology Research Unit of POLARIS (Policy Laboratory for Research on Civil Society and Science & Technology), Meiji University compared AI weapons and nuclear weapons which is often understood to have triggered the military revolution, and pointed out the problems that a simple comparison between the two can bring. He pointed out that the military technology involved in advanced technology weapons is not necessarily cutting-edge and that civilian technology is now being diverted to military use in various ways. He concluded it is necessary to have good understanding of the technology to see the nature of the problem from multiple perspectives, referring to the effectiveness and importance of involving citizen engineers (white hat hackers) in the discussion on regulation of advanced-technology weapons. The moderator, Kimiaki Kawai, Research Fellow of the Toda Peace Institute, referred to the roles of the three stakeholders involved: the science and technology community, the military and security policy community, and the general public. He concluded that the interaction between the expert knowledge of the former two communities and the field knowledge of the public consisting of diverse values would be the basis for addressing the question especially when the question involves uncertainty beyond expert knowledge.