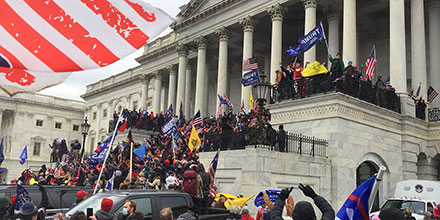 The Rule of Law: Undermined and Under Attack - Questioning the State Monopoly on the Legitimate Use of Physical Force 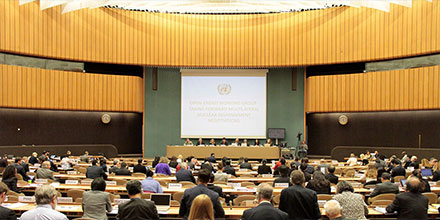 The Humanitarian Initiative and the TPNW

At the 2010 NPT Review Conference State parties agreed by consensus to express their “deep concern at the catastrophic humanitarian consequences of any use of nuclear weapons". In the following years, non-nuclear-weapon states and civil society representatives focused increasingly on the humanitarian impact and the risks associated with nuclear weapons in what became known as the Humanitarian Initiative. The latest iteration of the initiative’s joint statement in 2015 has been subscribed to by 159 States. The Treaty on the Prohibition of Nuclear Weapons (TPNW) builds on the Humanitarian Initiative. This policy brief outlines the rationale of the Humanitarian Initiative which underpins the TPNW and responds to the counternarratives and critiques against the TPNW presented by nuclear-weapon states and nuclear-umbrella states. 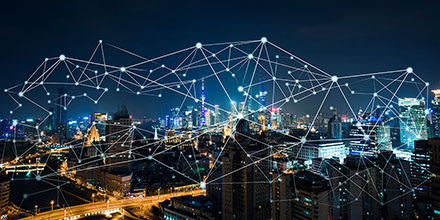 Peacebuilding and the Norms of Technological Change

The regulation of emerging technologies is particularly challenging. This policy brief argues that peacebuilders need to devote more attention to engaging the private sector in order to influence the culture and ultimately the norms of the organisations and individuals closest to the development of advanced technologies. Running throughout this analysis are references to two contrasting contexts: the innovation ecosystems in Silicon Valley, California, and what has at times been referred to as “Silicon Valley North” in Waterloo, Ontario (Canada). 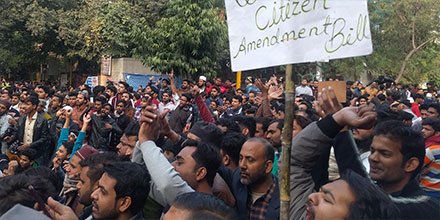 “They Called Us Illegal. How Is It Possible?” Dissent As A Tool For Navigating Citizenship in Democratic India

What does citizenship mean in contemporary democratic societies as they become increasingly multicultural? Can dissent be used constructively to redefine the terms of engagement of minority groups with the state? This paper begins by recalling the grounds for political obedience in terms of the distinction between law and legitimacy. In the context of India under the leadership of Prime Minister Narendra Modi, it then briefly sketches the assertion of Hindu primacy in the 2014–19 years before examining the seminal events of 2019 and 2020, when protestors issued a clarion call on the conscience of the state to engage in dialogue with its citizens. 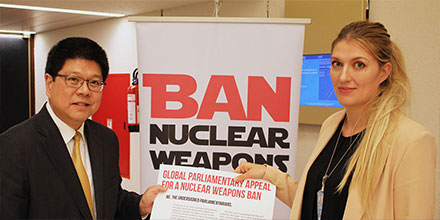 Where Next for the TPNW?

The Treaty for the Prohibition of Nuclear Weapons entered into force on 22 January 2021. So far, the nuclear weapons states and the nuclear umbrella states have dismissed its significance, but there are signs of dissent in the chorus of rejection. In the light of these developments, the Toda Peace Institute and the Norwegian Institute of International Affairs (NUPI) convened an online meeting of experts and policymakers to discuss the way ahead for the Treaty. This policy briefs reports on that discussion which examined the role of nuclear allies, the scope for building a regime of verification measures around the TPNW, and whether the differences between TPNW supporters and nuclear weapons and umbrella states are best met by bridge building or by contentious engagement.