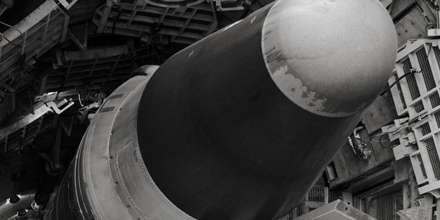 The Iran Nuclear Deal: Europe to the Rescue?

Whether or not President Trump unilaterally withdraws from the Iran nuclear deal on 12 May, Europe will face an uphill battle to save it. If sanctions are applied immediately, or threatened every 120 days, that will undermine one of the fundamental tenets of the agreement. Businesses will be unwilling to risk investing in an economy under the threat of sanctions. This will mean Iran will be denied the benefits to which it is entitled to under the agreement and will have little incentive to continue complying with its nuclear obligations. In fact, current statements from Tehran indicate that Iran might walk away from the deal entirely. Europe is making last-ditch efforts to meet Trump’s challenge but it needs a backup plan to salvage the nuclear deal if the U.S. withdraws or carries out its part of the bargain half-heartedly. This policy brief identifies a series of European options that will protect the JCPOA from both a U.S. withdrawal and continued uncertainty. It argues that a package of positive incentives aimed at persuading the Iranian leadership of the benefits of compliance with the JCPOA outweigh the potential costs of noncompliance and retaliation. 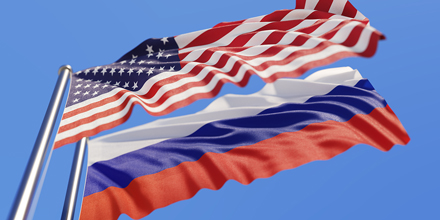 Nuclear-Armed Cruise Missiles Should be Banned

The United States, Russia and other nuclear weapons possessors have embarked on a very dangerous and costly arms race that is seriously increasing the risk of nuclear war. Creative new approaches are needed to put the brakes on this arms race, and restore movement in the direc-tion of enhanced strategic stability, decreased reliance on nuclear weapons, and nuclear arms control and disarmament. Just as we must defuse this new Cold War, we must think beyond tired Cold War arms control frameworks while still drawing on the positive lessons learned from them. Eliminating all nuclear-armed cruise missiles of any range would be an extremely important step for re-launching global nuclear arms control efforts. 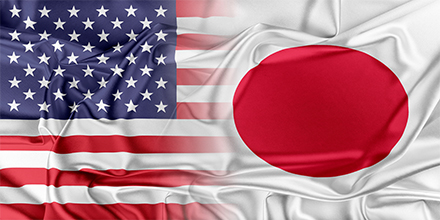 Conceptual Twist of Japanese Nuclear Policy: Its Ambivalence and Coherence Under the US Umbrella

Despite its anti-nuclear weapon declaratory-policy,“Three Non-Nuclear Principles,” Japan has enjoyed the protection of the nuclear umbrella provided by the United States for more than 60 years. This bilateral nuclear arrangement has established and cherished a strong bond between the two nations, which the author calls “the US–Japan Nuclear Alliance.” This unique politico-military alliance, backed by US nuclear forces, has brought about a “conceptual twist” of Japanese security policy related to nuclear weapons. The twist can be analysed in terms of two characteristic elements: ambivalence and coherence. This twist is a result of several factors, including Japan’s unprecedented experience of the humanitarian consequences of the use of nuclear weapons, Japan’s anti-nuclear public sentiment, the Japanese security policy discourse delineated by Cold War strategies of the US, and Tokyo’s acceptance of the US nuclear umbrella. These factors have forced Japanese conservative governments, including the current Abe administration, to perform Nuclear Kabuki Play resulting from the ambivalence and coherence that characterize Japan’s security policy. Abe’s opposition to a No First Use (NFU) policy and Japan’s calibrated approach to the newly adopted nuclear weapon ban treaty are closely associated with Japanese ambivalence and coherence toward nuclear weapons and related security issues. 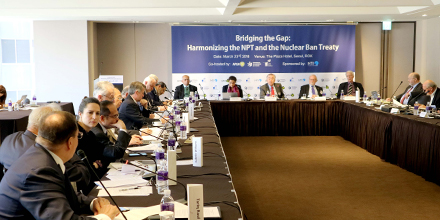 Bridging the Gap: Harmonizing the NPT and the Nuclear Ban Treaty Workshop Recommendations

The Toda Peace Institute, the Asia Pacific Leadership Network (APLN), the European Leadership Network (ELN), and Nuclear Threat Initiative (NTI) launched the project ‘Bridging the Gap: Harmonizing the NPT and the Nuclear Ban Treaty’ with the objective to enhance convergence between the NPT and Nuclear Ban Treaty to positively influence the 2020 NPT Conference and strengthen the global disarmament and non-proliferation regime. To this end, the partner institutions organized a workshop with key policy experts, government representatives and practitioners on 22 and 23 March 2018 in Seoul, Republic of Korea. In July 2017, 122 states voted to adopt a new Nuclear Weapons Prohibition Treaty (Ban Treaty/NWPT). It is the first treaty to ban the possession, transfer, use and threat of use of nuclear weapons, thereby closing the legal gap on the prohibition of all classes of weapons of mass destruction. While advocates of the Ban Treaty have been at pains to underline the complementarities with the NPT, the five nuclear weapon states have argued that the new treaty is a potential threat to the credibility and authority of the NPT. The ‘Bridging the Gap’ project addresses the looming issues surrounding the effectively bifurcated global nuclear order with two treaties now in existence to set nuclear policy directions and norms. The group identified that the potential areas that need to be reconciled between the NPT and NWPT include safeguard standards; testing; stationing; the meaning and scope of assistance and encouragement to other states engaged in activities prohibited under the NWPT (i.e. support for nuclear deterrence postures); institutional arrangements for review, amendments, verification and enforcement; and linkage with the non-NPT nuclear-armed states. 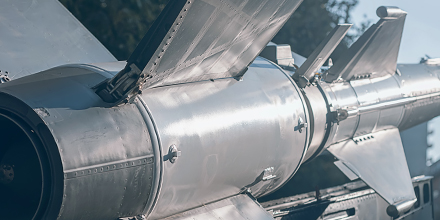