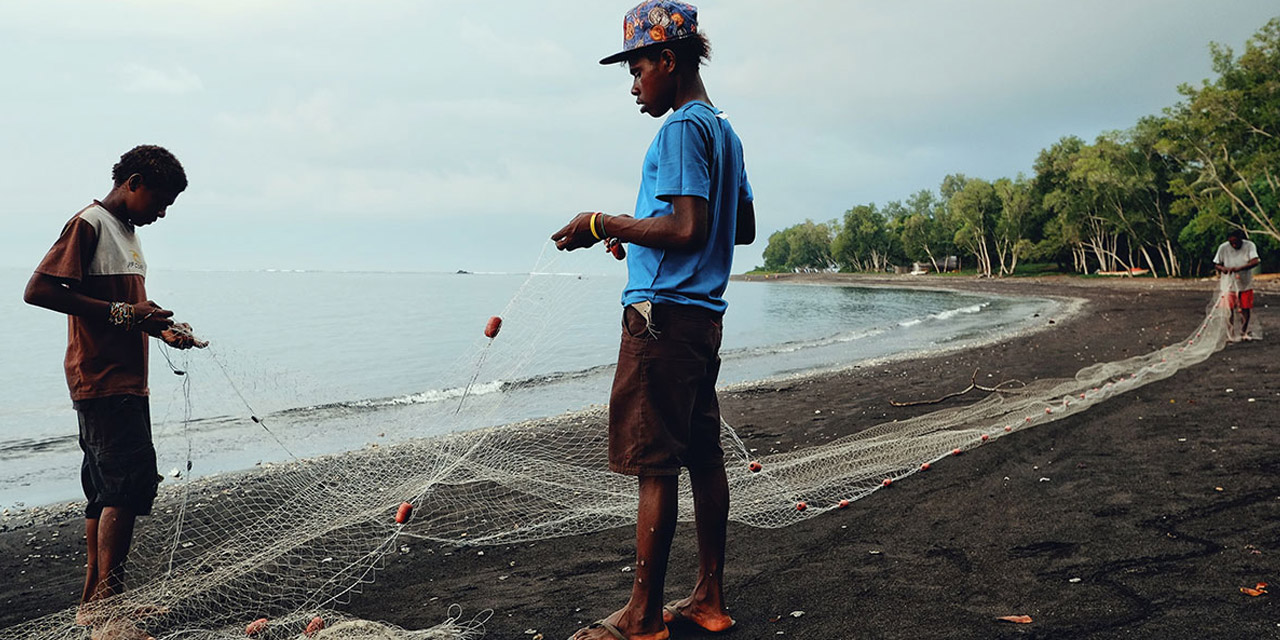 The ‘perfect storm’ is brewing as Vanuatu’s population grows and its exposure to climate risks escalates as the planet continues to warm. It is widely accepted that the consequences of climate change are disproportionately burdening vulnerable, developing states, such as those across the South Pacific region. Vanuatu’s vulnerabilities are present on all fronts: geographic, infrastructure, governance and socio-economic. The citizens of Vanuatu face compromised food, water and health security, jeopardising their livelihoods, and those of future generations. Some have already been forced to relocate from their increasingly uninhabitable island homes. Climate change impacts have wide-reaching social implications, including the potential for conflict, which could threaten national, regional and international peace and security. This scenario needs to shift from the narrative of Vanuatu as a victim to Vanuatu as a leader in ‘main frame’ global climate and conflict discourse and action. For example, traditional customary practices and livelihoods have, throughout history, adapted to changing conditions and operated with the sustainable bounds of ecosystems. These practices and knowledge have much to offer globally when considering adaptation responses. This policy brief describes climate change as destructive and constructive: a challenge to community and a community connector. ‘Destructive’ in its capacity to facilitate hardships and disasters that may result in conflict. ‘Constructive’ as it binds communities together to support each other in response to climate challenge. This brief considers options to mitigate the likelihood of conflict, with an emphasis on the role of law, including the United Nations Security Council. Recommendations span international, national and local jurisdictions. However the key message involves the importance of community-led, localised approaches to climate change adaptation and the maintenance of peace, in Vanuatu.