The Tragedy in Ukraine That Could Have Been Avoided 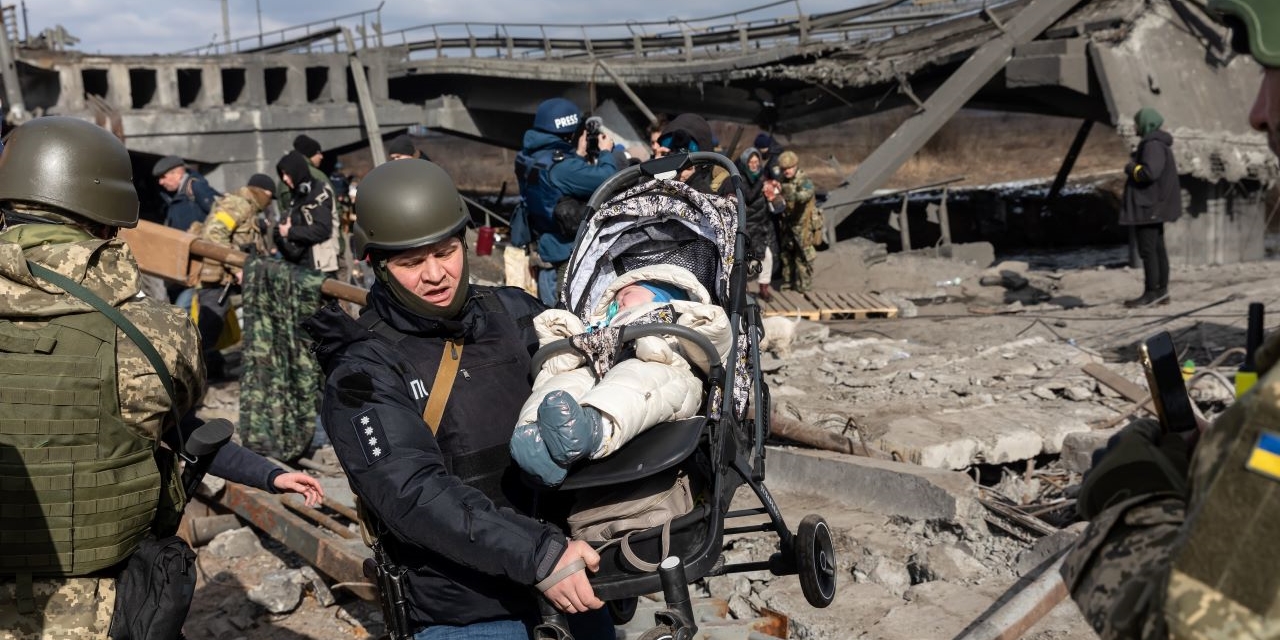 This article was first published by Hankyoreh on 7 March 2022 and is reproduced with permission.

People may take various positions on what happened in Ukraine, but when it comes down to it, the most important – and tragic – fact is that all this destruction could have been avoided.

On February 24, Russia finally invaded Ukraine. That put the lie to Russian President Vladimir Putin’s claim that the Russian military was only conducting manoeuvres and wouldn’t invade.

Russia’s uncivilized behavior is undermining international law and the world order while simultaneously trampling on the territory and sovereignty of Ukraine and peace in Europe.

Facing strong resistance from Ukraine and pushback and punishment from the international community, Putin countered by placing his nuclear forces on alert. The tragedy in Ukraine demonstrates that geopolitics is essentially a state of anarchy where the strong prey upon the weak.

The primary cause of this war is the military adventurism and the victim mentality of a cold-blooded dictator. The Russian political system’s inability to place democratic curbs on Putin is another factor.

But can the US and the West be completely absolved of responsibility?

Leading American realists from Henry Kissinger back to George Kennan, architect of the strategy of containment of the Soviet Union, argued that the peace and stability of the region could be guaranteed by acknowledging Russia’s sphere of influence.

When US President George W. Bush officially sought to make Georgia and Ukraine members of NATO in a summit in Bucharest in 2008, Kissinger argued that those two countries should be left neutral instead of being added to NATO. He was concerned that Russia might regard NATO’s eastward drive as signaling a change in the status quo.

On January 19, a month before the invasion of Ukraine, US current events journal Foreign Policy carried an article by Harvard University professor Stephen Walt titled “Liberal illusions caused the Ukraine crisis.” In it, Walt predicted that the US and the West’s aggressive values-based foreign policy could provoke Russia to invade Ukraine, a prediction that proved only too true.

Walt said that while security reasons were given for NATO’s eastward expansion, in reality, it was oriented toward spreading the values of freedom and democracy. According to this scholar, it was not hard to predict that Putin would regard such movements as tending to isolate Russia and threaten his rule and that he would respond with harsh military action.

But while “sphere of influence” politics was a necessary condition for this crisis, domestic politics in Ukraine was the sufficient condition. Ukraine today is the product of divide-and-conquer tactics by the great powers.

Since Ukraine was absorbed into the Soviet Union in 1922, two heterogeneous groups have coexisted within its borders. To the west is the majority of Catholic believers who speak Ukrainian and prefer a European identity. To the east is the minority of Russian Orthodox believers who speak Russian and emphasize their Slavic identity. The conflict and division between these two disparate groups have provided a pretext for intervention by foreign powers.

When it comes right down to it, this invasion is a continuation of the 2014 crisis. When Ukrainians who place weight on unity with Europe toppled their pro-Russian president, Viktor Yanukovych, in the Euromaidan popular uprising, Russia countered by annexing Crimea.

This invasion has unfolded along similar lines. The Ukrainian government was moving aggressively to push pro-Russian rebels out of the Donbas region to meet the conditions for NATO admission when Russia took the radical step of intervening militarily under the pretext of protecting the rebels. It was for similar reasons that Russia recognized the independence of separatist-backed governments in Donetsk and Luhansk, two regions in Donbas, shortly before launching its invasion.

What set the tinderbox alight, however, was the miscalculations of the leaders. I’m not only talking about Putin’s unhinged decision to invade, but also the initial actions of Ukrainian President Volodymyr Zelenskyy.

Zelenskyy was elected president of Ukraine in 2019 as a peacemaker and corruption fighter. Following Russia’s invasion, Zelenskyy has received wide support both at home and abroad for standing with his army and people in their resistance and for his proactive diplomacy with the international community.

But setting emotions aside, Zelenskyy failed at managing the crisis and preventing a war. He exacerbated the crisis by sending conflicting messages, dangling NATO membership before his supporters, promising neutrality to Russia, and appealing for nuclear armament to the West. Meanwhile, he complicated the crisis with contradictory rhetoric, warning the outside world about an impending invasion and asking for military aid even while he told the Ukrainian people to stay calm because there was little chance of an invasion.

Another misstep was Zelenskyy’s naïve expectation in the possibility of military assistance from the US and NATO, given their concern about the risk of entanglement.

People can hold various opinions about Russia’s invasion of Ukraine. But if the US and the West had been more prudent about changing the status quo in Russia’s sphere of influence, if Ukraine’s domestic politics had been more unified, and if the Ukrainian president had been more adept at crisis management, this tragedy could have been avoided.

I think those three factors serve as a critical lesson offered by the war in Ukraine, a lesson that deserves our close attention.