The Age of Intersecting Crises? 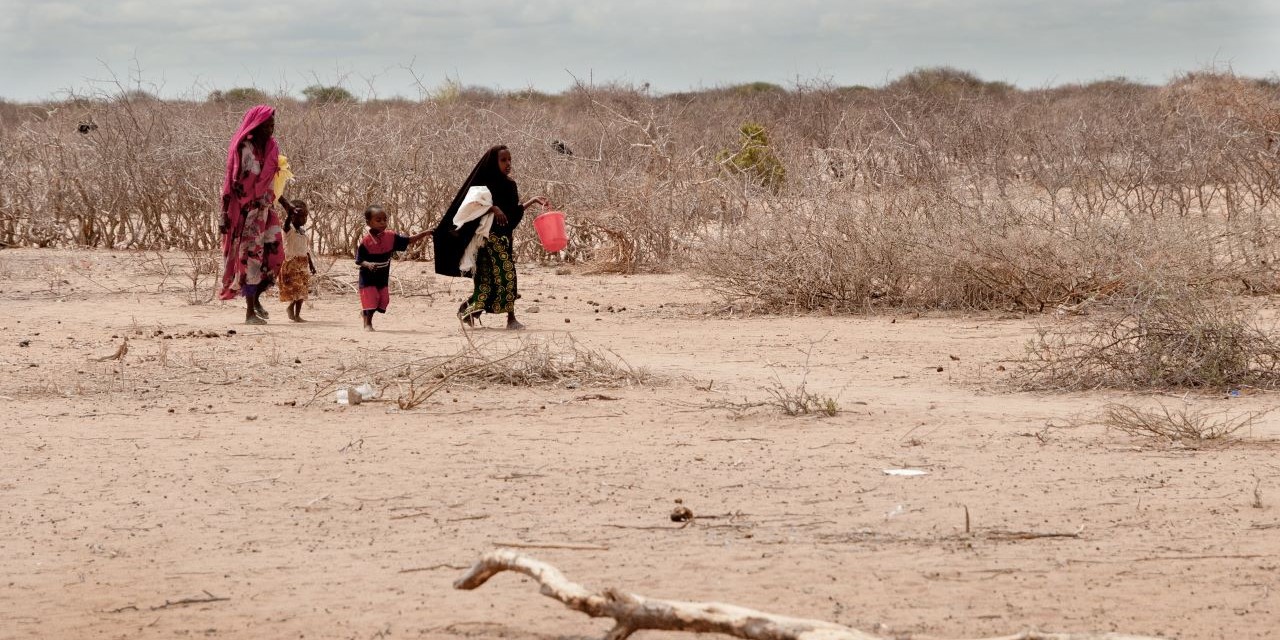 When following the news over the past three years, one might get the impression that the world is living through a permanent state of crisis. While climate change is arguably the most important challenge of our time, headlines were frequently dominated by the COVID-19 pandemic, the Russian invasion of the Ukraine, and more recently skyrocketing energy and food prices. One could throw a large number of other events into the mix, such as the 2021 Capitol riots in the USA, the almost complete economic collapse of Lebanon and Sri Lanka, or the massive destruction of the Amazon rainforest.

For some, such an accumulation of bad news might not be surprising. After all, “suffering sells”. Media professionals have long considered catastrophes, wars and tragedies more newsworthy than positive developments. Likewise, global society has seen a coincidence of several “crisis” events in short time periods before. Take the year 1979 as an example, with the Islamic Revolution in Iran, a strong rise in oil prices during a period of economic troubles, the Soviet invasion of Afghanistan, political instability throughout Latin America (followed by a debt crisis in the subsequent year), and the nuclear accident in Three Mile Island.

However, the crises we are seeing today are often not just happening coincidentally around the same time. Instead, they are frequently very deeply interrelated, reinforcing and driving each other. They hence becoming intersecting crises, and we are likely to see more of them over the coming decades.

The current food situation in the Horn of Africa is an illustrative (and terrifying) example of the impacts of such intersecting crises. According to the World Health Organization, the region is facing “one of the worst hunger crises of the last 70 years”. More than 37 million people (among them more than seven million children under five) are acutely malnourished. Long-lasting political instability and poverty in countries like Ethiopia, South Sudan and Somalia are key reasons for food insecurity. However, the war in Ukraine has worsened the situation as it has driven up global food prices while some international aid has been diverted from East Africa to Eastern Europe. This adds to the legacies of the COVID-19 pandemic (and the supply chain disruptions it caused) as well as to changing climatic conditions in the region. Ethiopia, Kenya and Somalia have seen four consecutive rain seasons fail (for the first time in four decades) while floods affected 40% of South Sudan’s territory over the past three years. Such conditions further undermine the local agricultural economies.

Many of the crises mentioned above not only have overlapping impacts, but they can also reinforce each other. Climate change and the destruction of ecosystems, for instance, bring humans and wild animals in closer contact with each other, thereby increasing the risk of viruses transitioning from animals to humans (like COVID-19 did). Economic downturns, badly managed disasters and pandemic-related restrictions frequently fuel political discontent, which can facilitate the rise of populist and extremist leaders. Such politicians–think of Trump in the USA or Bolsonaro in Brazil–have a poor track record of preventing or dealing with problems like climate change or COVID-19. Climate change increases the risk of violent conflicts (which in turn complicate sustainable development) and ecosystem collapse (which further fuels climate change). And rising geopolitical competition between the USA and China (and Russia) lowers the chances of strong and coordinated global action to address several of the challenges discussed before. The list could go on for quite a while.

Concerning trends like a warming of the global climate, biodiversity loss, high levels of socio-economic inequality, international tensions, civil war and unsustainable urbanisation will continue throughout the 21st century and possibly beyond. As a consequence, will we see an increasing intersection of the causes and impacts of various crises – will humanity live through an age of crises? This is a very realistic and, judging by current developments, the most realistic option.

That said, there are at least two reasons for cautious optimism. First, many of the crises discussed here have common causes and affect similar vulnerabilities. Even beyond supporters of Marxist and critical theories, there is a growing realisation that a neoliberal focus on markets and the ignorance of (non-monetary) social and environmental costs is deeply problematic. Furthermore, already marginalised groups are most vulnerable to almost all crises. Poor people with low levels of education, for instance, are most at risk of food insecurity, least likely to successfully adapt to climate change, and face higher health risks (e.g., due to their inability to purchase food or to get disaster and health insurance cover). Measures that reduce environmental ignorance, poverty, social inequality and gender discrimination therefore address several crises simultaneously.

Second, researchers have pointed out a number of strategies that exploit the interdependencies between major challenges to address them in an integrated manner. Proponents of environmental peacebuilding, for instance, argue that shared environmental problems provide entry points for parties in conflict to initiate positive-sum cooperation, hence addressing environmental degradation and threats to peace simultaneously.

Ultimately, humanity has a choice of whether it acts on the intersecting causes and impacts of multiple crises or whether it will live through an age of crises. Recent decades have seen some tremendous improvements, including more people having access to safe water and completing primary school, or the phasing out of substances that damage the ozone layer. Over the coming few years, more such “wins” will be urgently needed.

Tobias Ide is Senior Lecturer in Politics and International Relations at Murdoch University Perth and Adjunct Associate Professor of International Relations at the Brunswick University of Technology. He has published widely on the intersections of the environment, climate change, peace, conflict and security, including in Global Environmental Change, International Affairs, Journal of Peace Research, Nature Climate Change, and World Development. He is also a director of the Environmental Peacebuilding Association.