Should the Outcast be Recognised? 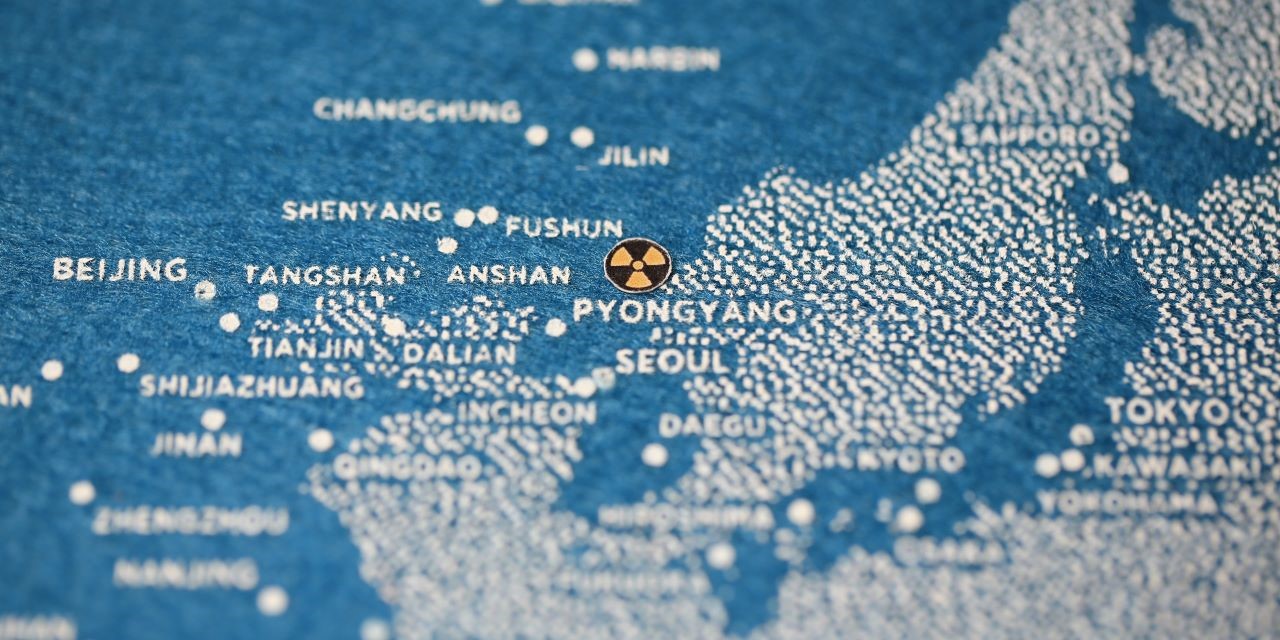 North Korea is a de facto nuclear power: It's time to face reality.

Tensions on the Korean peninsula have been increasing in recent months. The main responsibility for this undoubtedly lies with the North Korean government. This year, it has already conducted over 40 missile tests, ignoring the long-standing United Nations ban. North Korea recently launched a long-range missile over Japan, ending its self-imposed moratorium on not testing long-range missiles. Another missile was provocatively fired into the immediate vicinity of South Korea. Experts speculate about the next North Korean nuclear test, the seventh. Activities at the nuclear test centre certainly indicate this. The Kim Jong-un government boasts of being able to use tactical nuclear weapons on the battlefield and has practiced this in military manoeuvres. In September, the government passed a law calling North Korea a nuclear-weapon state and categorically ruling out talks on denuclearization.

It's time to face reality and acknowledge that North Korea has operational nuclear weapons. Should the international community (or at least South Korea and the US as Seoul's close ally) recognise North Korea as a nuclear power? So far, the United Nations, the USA, but also China, Russia, Japan, the EU and South Korea have pursued the policy of jointly stopping North Korea's nuclear programme for more than three decades. But all previous attempts failed. While North Korea's nuclear armament was a theoretical possibility three decades ago, it has become a reality now. The country has stockpiled an estimated 40 to 50 nuclear warheads.

We are now in a changed geopolitical and regional environment. The war in Ukraine requires a lot of attention; the tensions on the Korean peninsula have been pushed into the background, particularly from a European perspective. Vladimir Putin's repeated references to the use of nuclear weapons impressively illustrates the value of nuclear weapon power politics to the Kim government. The relationship between the US and China is tense today and an initiative such as the six-party talks on arms control in North Korea in the 2000s, in which Russia was also involved and which were promoted by China, is completely unrealistic today. A Russian and Chinese veto in the UN Security Council in June 2022 to tighten sanctions following a North Korean ballistic missile test shows that there is even less common ground today than in previous years.

Regionally, North and South Korea are arms racing both rhetorically and militarily. Since South Korea's new President Yoon Suk-yeol took office in May 2022, he offered to cooperate with the north, but the Kim government rejected this as shady. At the same time, however, Yoon emphasises military deterrence and urges the US to engage even more militarily. Kim Jong-un fears a pre-emptive military attack from the South that could behead North Korea's ruling elite. Hence the recent adoption of the new nuclear weapons law, which does not rule out a nuclear first strike.

Do we need a new, radically different approach now, as called for by some experts? In mid-October 2022, the New York Times published an article and interview with Jeffrey Lewis, a nuclear expert at the Middlebury Institute of International Studies, Monterey, in which he questioned previous policies of stopping North Korea's nuclear weapons: "If the past 30 years weren’t convincing enough, the current crisis shows that a new approach is sorely needed.” And a study of the German Institute for International and Security Affairs in Berlin, also published in October, assumes that the international community is sticking to an "illusory goal of persuading or forcing the country to renounce its nuclear weapons."

In fact, all attempts at arms control have so far failed. Neither incentives nor sanctions, neither threats nor isolation have led to North Korea relenting. It has preferred isolation with a nuclear programme to integration into the international community without nuclear weapons. And now, as Russia resorts to arms imports from North Korea, isolation seems fragile. Today, little more is being done internationally than repeatedly stressing that North Korea must give up its nuclear ambitions.

Various concepts failed. In the 1990s, the Clinton administration, together with the EU, Japan, and South Korea, tried to persuade North Korea to return to the international community and abandon its nuclear programme with a "carrot-and-stick" policy, economic incentives and sanctions. The Bush administration imposed even tougher sanctions and involved China more closely in arms control negotiations. But even the agreement concluded at the time failed and North Korea terminated its membership in the Nuclear Non-Proliferation Treaty. The Obama administration called its policy "strategic stability," i.e., freezing the fragile balance. Donald Trump's high-profile meetings with Kim Jong-un also ended unsuccessfully. And North Korea responded to Joe Biden's offers of talks by continuously expanding its military capabilities.

If North Korea perceives its nuclear weapons as the regime's life insurance, the goal of denuclearization is unrealistic. What are the consequences? Ignoring the problem is not a sensible political option. North Korea will continue to expand its nuclear and missile capabilities. In the case of nuclear weapon programmes in India, Pakistan and Israel, the United Nations refrained, in contrast to North Korea, from imposing sanctions. It tacitly accepted that these countries remain outside the Non-Proliferation Treaty. Is this an option in the case of North Korea? The Ukraine war has brought nuclear weapons back to the centre of strategic considerations. The concept of political change through economic cooperation is completely discredited through Russia’s behaviour. In the case of North Korea, economic stimulus has never had the desired effect. And now the West is increasingly questioning cooperation with China, emphasizing system competition instead. More and more countries are relying on strengthening military capacities for defence and deterrence.

The result of a down to earth analysis has a sobering result: North Korea possesses operational nuclear weapons. Acknowledgement of this fact does not mean legitimizing North Korea's violation of international law. The advantage of de facto recognition á la India, Pakistan and Israel could be the chance to negotiate verification measures by the International Atomic Energy Agency and possibly re-engaging China more closely in the arms control process in North Korea. Because the Chinese government still has no interest in a nuclear-armed North Korean neighbour.

But there are also some costs to a de facto recognition. It would signal, for example to Iran, that illegitimate behaviour pays. It would also be a further erosion of the Nuclear Non-Proliferation Treaty. Finally, the positions of those who have long advocated nuclear armament in South Korea and Japan would be strengthened. This is, as Jeffrey Lewis points out in his New York Times interview, "far from ideal, but vastly preferable to Pyongyang stockpiling weapons."