Putin's War Will End Eventually – Five Points We Should Prepare For 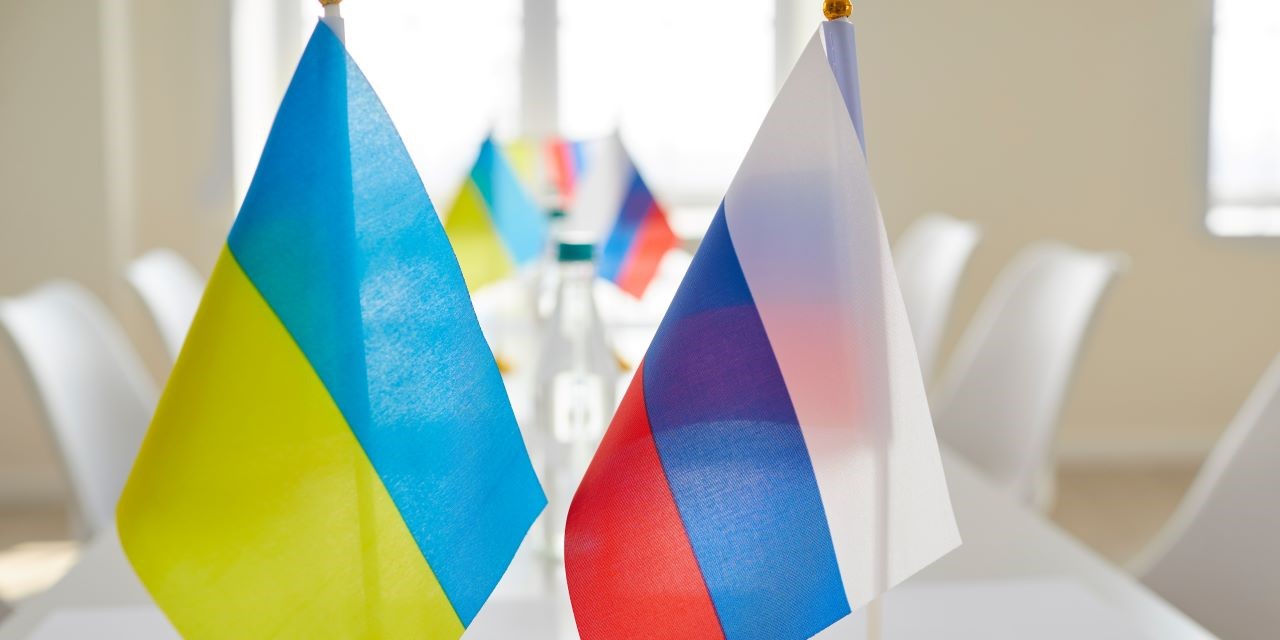 The article is a slightly amended translation of the original version that was published on 16 August 2022 by FOCUS online, the German-language website for news from FOCUS magazine. Republished with permission.

It is not only the war in Ukraine that is deadlocked. There is hardly any movement on the political-diplomatic front either. At the same time, however, some cornerstones for negotiations can be identified. The public debate should pay more attention to it.

The situation seems hopeless. After the start of the Russian aggression on 24 February, Ukraine initially succeeded in achieving what many thought impossible: The Kremlin's attempt to conquer the country from a multiple pincer grip and subsequently establish a puppet regime failed. At the same time, the Kremlin de facto redefined its war strategy and now focuses on three goals: supporting the "people's republics" of Donetsk and Luhansk recognised by Putin, creating a land corridor to Crimea and preventing any sea access for Ukraine, which is to be reduced to a rump state. Since then, the battered country has been in a loss-filled war of attrition that has already claimed tens of thousands of victims on both sides.

It is not only the military situation that is deadlocked; there is also little news to report diplomatically. But what are the perspectives? Roughly speaking, three camps can be identified. One is counting on a military victory for Ukraine. It wants to push Russia back at least to the status quo ante, to the situation before 24 February, but also, if possible, to weaken it permanently, as US-Secretary of Defence Lloyd J. Austin made clear. These "hawks" are opposed by the "doves". They hope for an early end to the war through concessions to Russian security interests as perceived by the Kremlin, i.e., openness to the recognition of territorial losses (at least with regard to Crimea), restraint in arming Ukraine, the prospect of an easing of Western sanctions. The aim is to pave the way for negotiations or at least to "freeze" the conflict, i.e., to achieve a ceasefire without any foreseeable political prospects for a solution.

There is a third position between the two camps. It considers a military victory by one side or the other to be largely unlikely. This sober assessment has a lot going for it. But it can also easily lead to helplessness if it is not combined with concrete perspectives for action.

Are there any ways out of the impasse? The American conflict researcher I. William Zartman has consistently pointed out the importance of timing for negotiations and mediation efforts. According to his theory, wars are only "ripe" for attempts at settlement when both sides are facing a mutually hurting stalemate and a way out is discernible. If Zartman is right, things look bleak. The Kremlin, despite heavy losses of its own, is emphasising possibilities to extend the war. And the Ukrainian government is swearing in its population to far-reaching war aims that also include the reconquest of Crimea.

To break this stalemate, it would have to be made clear to Russia that sanctions against the regime and arms assistance to Ukraine will end only if there are serious negotiations and at least a partial withdrawal of Russian troops. And Ukraine should not be incited on to unrealistic war aims.

There is not "one" solution to the conflict. At the same time, however, some cornerstones for negotiations can be identified for which one can already prepare today.

First, trust in Moscow's sincerity has been deeply shaken after a multitude of blatant lies. In order to achieve an absolute minimum of reliability for substantial peace talks, cautious steps such as the exchange of prisoners of war, the transfer of mortal remains of killed soldiers and humanitarian agreements are necessary. The grain export deal, which has now been implemented and was brokered by Turkey, is a cautiously positive sign, even if Russia counteracted it right at the beginning by attacking the port of Odessa.

Second, a ceasefire will require monitoring and verification mechanisms as well as guarantor powers. This is the point where influential countries like China or India, which have so far kept a low profile, could come into play. Also, the United Nations, which has been largely marginalised in this war, would have to assume its intended roles through the UN Security Council or the OSCE.

Thirdly, in all likelihood it will come down to armed neutrality for Ukraine, which, in addition to the prospect of EU accession, also needs reliable security guarantees. However, these are likely to be below the threshold of Article 5 of the NATO Treaty.

Fourthly, it is unlikely that an agreement on the status of Crimea and the two self-proclaimed people's republics in the Donbass region will be reached in the short term. Against this background, we must be prepared for these conflicts to be "frozen" - as was the case in the post-Soviet space, for example, in Abkhazia (Georgia) or Transnistria (Moldova). However, a timetable and regulated procedures are needed for the next 10 or 15 years. The cases of South Ossetia (Georgia) and Nagorno-Karabakh (Azerbaijan) have shown that “frozen conflicts” can quickly become hot again.

Fifth, finally, the "negotiating pie" must be enlarged to provide incentives to break the stalemate. This includes reconstruction aid for Ukraine. But above all, despite the icy climate, mutual security agreements between NATO and Russia will be necessary, including the deployment of troops and weapons systems.

To help the sober position out of its perplexity, a public discourse on options to get out of the war of attrition is desirable. It is probably too early for negotiations at the moment. But the moment is certainly "ripe" for a more differentiated debate.

Prof. Dr Tobias Debiel is Deputy Director of the Institute for Development and Peace (INEF) at the University of Duisburg-Essen. His research focuses on crisis prevention, violent conflicts and the reconstruction of war-torn societies.