Putin’s War in Ukraine: How To Get Out of the Catch-22 Situation? 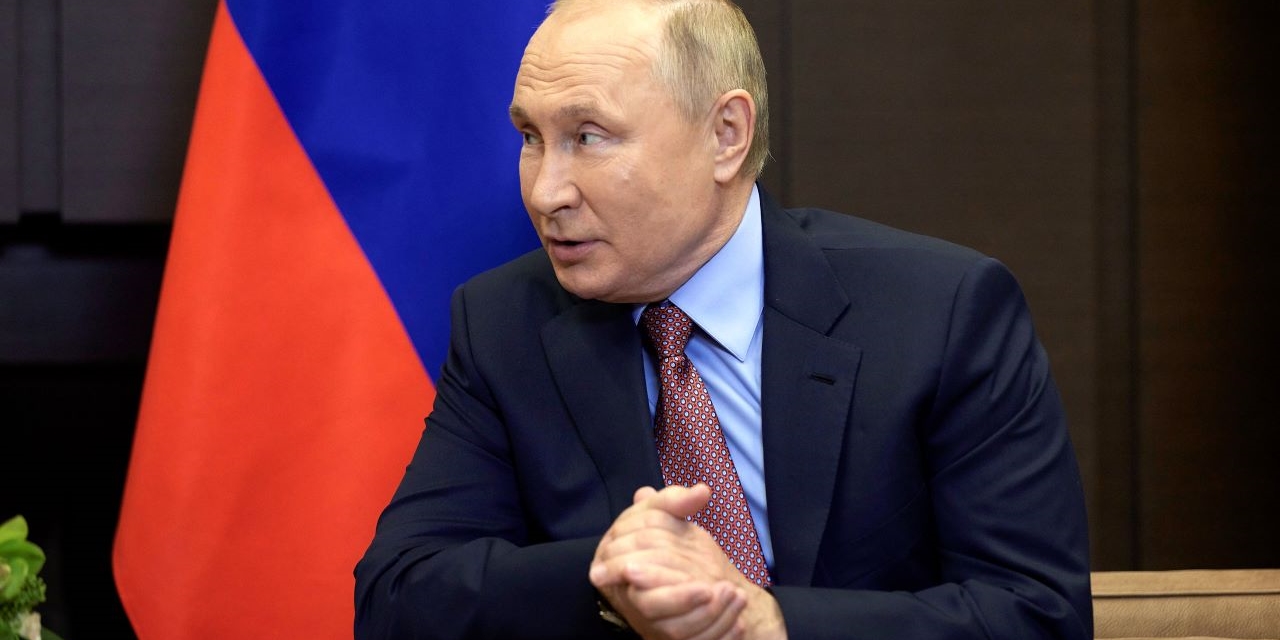 War is back in Europe. What a shock. At the beginning of the year we asked ourselves: Are we back in the Cold War? Now it’s a hot war. It’s not the first war in Europe: Northern Ireland, several Balkan wars, Georgia, Moldova. This time, it seems we are back in the old block confrontation. Western politicians and media call it the third historical turning point after the fall of the Berlin Wall and 9/11. At the moment, the time of diplomacy and economic cooperation is over. Confrontation and escalation are on the agenda. How can we get out of this catastrophic war? Three things are important now: support for the Ukraine, a down to earth analysis of why we got into this war and a realistic assessment for a way out.

Looking at the drastic changes in security policy during the last week of February, it is indeed a turning point. Putin’s war led to the breaking of many taboos in Western foreign and security policy. We are seeing weapon deliveries in unprecedented quantities to the Ukraine. For the first time in its history, the EU allocated funds (€450 million) as military assistance, enabling the Ukrainian government to purchase weapons, interestingly from a fund called “Peace Facility”. There has been a complete reversal of German restrictions on arms exports, a one-time €100 billion special fund to quickly facilitate strengthening the German armed forces and the promise to go beyond the controversial NATO two percent BIP military expenditures goal. NATO has moved its Quick Reaction Force to its Eastern flank. Three new packages of economic and financial sanctions have been imposed against Russia to exact a heavy price for its aggression.

It’s a turning point also when we look at the situation of Ukrainian refugees. For years, the EU has not been able to overcome its quarrels about a fair distribution of refugees from war-torn countries in the Middle East and North Africa. Now, all those governments that previously refused to compromise (the Baltics, Poland, Austria, Hungary, Slovenia, Denmark) are actively assisting the refugees, expected to number as many as four million.

It is difficult to evaluate if this support will enable the armed forces and the courageous people of Ukraine to stop or even reverse Russia’s high-tech war machine. It is problematic because, as always at the beginning of wars, information and disinformation by both sides is part of the war campaign. But it is telling that Russian media is not allowed to call this a war or an invasion.

Several hundred thousand people were out on the streets of Western Europe and elsewhere to demonstrate for an end of the war. There is hardly any disagreement about the full political, economic, humanitarian and military support for Ukraine and the condemnation of the ruthless Russian violation of international law. It seems some of the fundamentals of European foreign and security policy were given up within one week. Brave new world!

How did we get into this mess?

It’s important to analyse mistakes in retrospect, since a realistic assessment of past mistakes is a basis for deciphering the causes of the war and preventing further escalation. Errors and aberrations of the West have been debated during the last few months. A first mistake dates back to the 1990s when Mikhail Gorbachev introduced his concept “common house of Europe” to integrate Russia into a European security architecture. Interestingly, Vladimir Putin used similar language in a speech in the German Parliament in 2001 (in perfect German), where he spoke about “a modern, lasting and stable international security architecture … to ensure the security of the people of Europe and the whole world”. That was President Putin 20 years ago, not today’s Putin.

The next mistake, probably even more important, was opening the door for NATO membership for Georgia and Ukraine in 2008. Because of disagreement within NATO, this offer was never followed by a Membership Action Plan and has never been seriously pursued since then. But NATO expanded eastward because many of the former Warsaw Pact members wanted to join. The alliance deployed troops in all of the new member states and deployed air defence missile systems in Poland and Romania. Psychologically as significant as NATO’s eastward expansion is the paternalistic treatment of Russia during its time of weakness.

All of the mistakes and missed opportunities cannot legitimise an unprovoked aggression against a sovereign country. The Russian President now shows his ugly face by attacking what he once called his brothers and sisters. The Russian government is concerned about the country's security and wants a buffer between itself and NATO. This is the thinking of the great European powers in the 19th century. The days of agreed spheres of influence should be over. Calling the collapse of the Soviet Union, as President Putin did, a primordial catastrophe and viewing it as the greatest catastrophe of the last century ignores the Holocaust. But Putin has long been fixated on restoring Russia to “greatness” and the annexation of Crimea, the separation of the Donbas region and the war with Georgia can all be explained by this perspective. The unspeakable insult and demonization of the elected government in Ukraine as a "junta, drug addicts and neo-Nazis" testifies to a serious loss of reality. The language and attitude of the Russian president have been marked by contempt and hatred. The violation of international law by NATO in 1999 in Kosovo (and in 2003 by a coalition in Iraq) should be no excuse for Russia's annexation of Crimea and the invasion of Ukraine now.

How to get out of the present Catch-22 situation?

Apparently, Russia played “hard-ball”. As we know now, while European and US leaders still speculated about Russia’s political and security goals and wondered whether the massive troop deployment was a bluff, meticulous war preparations were already far advanced in Russia. Evidently, last minute diplomatic efforts with visits to the Kremlin and daily phone calls had no chance. President Putin is obviously interested in changing or revising what he considers NATO's "encirclement". When demands for security guarantees did not materialise, he prioritised his armed forces. President Putin’s selective interpretation of history leaves no chance for an independent Ukraine.

The final outcome of this security policy showdown is completely open, but it has already had at least four consequences.

First, Russia apparently underestimated the Ukraine’s capability and willingness to defend itself, in contrast to the past few years after Russia’s annexation of Crimea.

Second, the rationale of driving a wedge between the Western allies did not work. On the contrary, Russia’s manoeuvring and aggression has allied the Western governments in their reactions vis-à-vis Russia. NATO, “brain-dead” according to French President Emmanuel Macron in 2019, is more alive and thriving than during the last two decades. And not for a long time has the EU been so united.

Third, the concept of “spheres of interest”, left behind with the end of the Cold War, is back again. And back is also the concept of “mutual assured destruction” of the 1960s after Putin’s order to alert its nuclear forces.

Finally, one of the foundation stones of the concept of détente, “rapprochement through trade” has presently no chance.

So how to deal with Russia? Which strategy is reasonable or could be recommended? At the moment, the strategy in Western Europe is based on strengthening its armed forces—a medium-term project—and decoupling and punishing Russia’s economy. While such an approach sounds understandable and rational at the moment, it’s not a convincing long-term project. Military strength for what purpose? Western Europe spends already four times as much on its armed forces as Russia. What we need, before a new arms race gets out of control, is a sober strategic debate. The economic cost of the present sanctions regime is probably much higher for Russia than for the West. Politically Russia will likely experience a period of isolation (although not by all countries). But what is the future of security in Europe? What can we learn for today's situation from the phase of détente during the Cold War? That policy of détente was not a fair-weather strategy. On the contrary, it was initiated in a period of considerable tension and a real danger of war. Of course, due to a different global setting with a multilateral world order, the type of détente practiced between two blocs is no blueprint for today. Most importantly in this context, how will China react, as Russia’s most important trading partner?

But as annoying as the Erkenntnis may be, security in Europe and also in the Middle East is not possible against but only with Russia. But that need not be Putin’s autocratic Russia. Who knows what result this war will have on the Russian political system. Russia’s brazen attack on the Ukraine, its blatant threat of nuclear weapons and the danger of the expansion of war, require a complete revision of Europe’s strategy vis-à-vis Russia. To arrive at a stable security structure, there are a number of prerequisites.

As long as this war lasts, it is too early to propose détente, but in the long run such a policy is needed. In the meantime, de-escalation is required. Russia and the West are presently still moving up the escalation ladder. It’s not wise to pursue that course without leaving Putin a face-saving opportunity to de-escalate.

Improving military preparedness and strength in Europe is an understandable reaction. But military strength alone is inadequate. It would be an improvement if NATO would go back to its old concept of “standing on two legs”: military strength/deterrence, complemented by détente. The hope that economic interdependence could ease tensions and avoid military conflicts seems no longer realistic. To put it graphically and crudely: Russian tanks crushed the pipeline for natural gas. This probably has long-lasting consequences.

Another lesson, long since known but without practical consequences, is the understanding that the EU has to get its act together in order to be less dependent on the US. This requires a common policy and joint efforts. However, the consistent and common position often fails because, in Western societies, not all governments respect liberal and democratic values, or  prefer to dodge or give in to pressures because of possible economic consequences.

In the end, it is a question of whether we want to return to Yalta 1945 (what an irony of history: Yalta, the sea resort on Crimea) when Germany and Europe was divided into spheres of interest, or to Helsinki 1975 when a set of principles was agreed upon which included national sovereignty, the invulnerability of existing borders, the non-use of force, respect for human rights, and cooperation in business, science, technology and the environment.