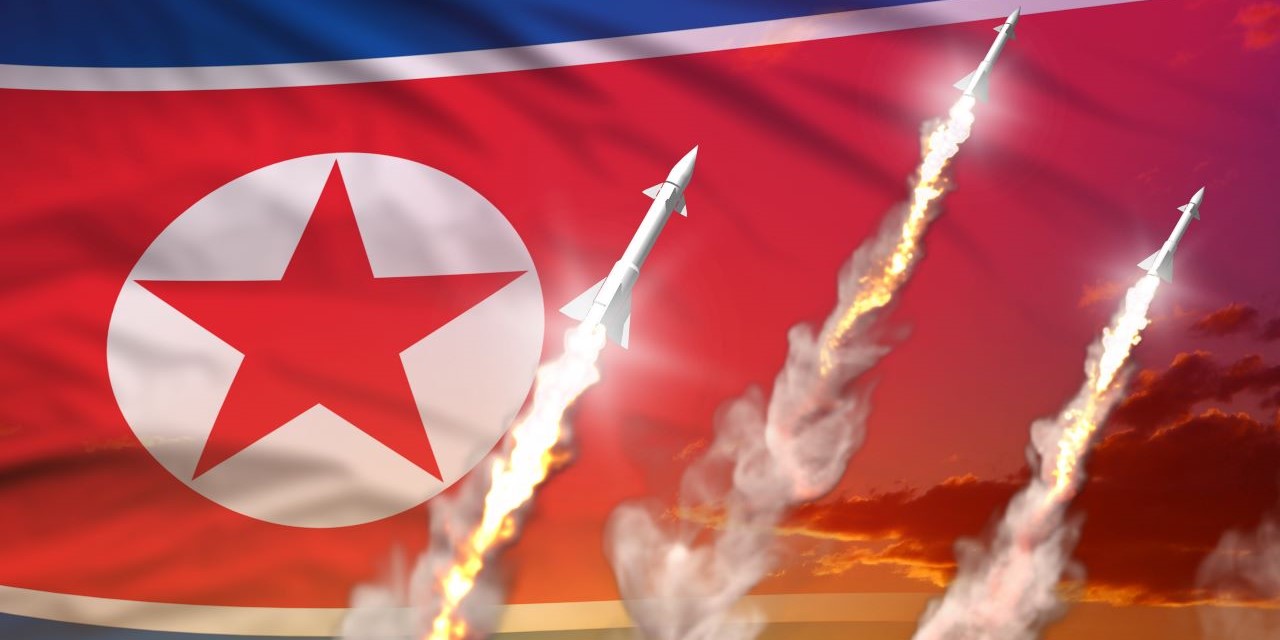 In the shadow of the Ukraine war and the extraordinary media attention, the conflict over North Korea's nuclear ambitions is currently receding into the background. For years, the government in Pyongyang has been continuously advancing its program. After numerous missile tests earlier this year, according to the English-language state news agency KCNA, the Supreme People's Assembly passed a law on September 8, "On Policy of the Nuclear Force of DPRK". What is particularly remarkable about this law is that in the event of a conflict, if North Korea feels attacked, head of state Kim Jong-un can order a nuclear strike "automatically and immediately to annihilate the hostile forces …" It is not unexpected that the dictator is entrusted with virtually unlimited power. This has always been the case in all relevant domestic and foreign policy fields. The law emphasises that nuclear weapons are meant to deter. But what is worrying is the frank announcement that a nuclear first strike may be launched if the nuclear control system is in danger, in order to secure the existence of North Korean society or the regime. The phrase "automatically and immediately" can hardly be interpreted as anything other than “first strike”.

What does North Korea want to achieve by passing this law? Does it declare itself irrevocably a nuclear power or is there still room for negotiation? The New York Times, which refers to official sources in Pyongyang, reports that, according to Kim Jong-un, there is "absolutely no denuclearization, no negotiation and no bargaining chip to trade." Is the law a response to the large military exercises of South Korea and the US, in which 28,000 US soldiers were deployed by the end of August? Is the government concerned that US attempts to forge military alliances in Asia with Australia, Japan, and South Korea against China could also threaten North Korea’s security? In August, Pyongyang called this military cooperation "a dangerous prelude to the creation” of an “Asian NATO." Does the country want to overcome its international isolation by passing this law? North Korea is still largely isolated and suffers from harsh UN economic sanctions imposed because of its nuclear program.

Or is the law intended to send a signal to South Korea? Given the lack of transparency of North Korean’s policy, one can only speculate about the real goals. When Yoon Suk-yeol became president of South Korea in March this year, many observers expected him to pursue a confrontational policy towards the neighbour in the North. That was his hawkish message during the election campaign. South Korean policy has for decades repeatedly wavered back and forth between confrontation with strong military forces to deter the North and the so-called "sunshine policy," which relied on peaceful coexistence, denuclearisation, and economic incentives. Interestingly, Yoon Suk-yeol made an offer to the North during his inauguration speech: "If North Korea genuinely embarks on a process to complete denuclearization, we are prepared to work with the international community to present an audacious plan that will vastly strengthen North Korea’s economy and improve the quality of life for its people."

The response from Pyongyang was prompt: Kim Yo-jong, the head of state’s sister, rudely rejected South Korea's proposal and advised President Yoon to "keep his mouth shut." She had reacted similarly drastically to earlier advances from the South and, for example, had the communication centre on the inter-Korean border blown up in June 2020. Since the failure of the so-called six-party negotiations between the USA, China, Russia, Japan and North and South Korea at the end of the 2000s and the seizure of power by Kim Jong-un in 2011, North Korea has never seriously negotiated the complete abandonment of the nuclear program. That was President Donald Trumps’s misperception after his summit meetings with Kim. Long-time observers had not expected anything else now. One is inclined to use the bon mot attributed to Albert Einstein: It is madness to do the same thing over and over again and expect different results!

Is it still possible for North Korea to return to the international community without nuclear weapons? What are the alternatives to the situation that has been deadlocked for years? Looking at other countries' experiences with nuclear programs outside the Nuclear Non-Proliferation Treaty, North Korea's reactions do not bode well:

The Ukraine model: After fundamental political upheavals, the end of the Soviet Union, Ukraine gave up its nuclear weapons in 1994 after Russia, Great Britain and the USA gave security guarantees to Ukraine in an agreement (Budapest Memorandum). Russia's invasion illustrates how much such guarantees are worth. Similar to Ukraine, South Africa gave up its nuclear program, joined the Nuclear Non-Proliferation Treaty and destroyed its six nuclear weapons in 1991, just before the end of apartheid. Certainly, North Korea will not rely on security guarantees such as those given to Ukraine. To bet on a reaction similar to that in Ukraine or South Africa in the case of North Korea is to hope for a regime change. Only with great optimism about fundamental potential social changes in North Korea does the containment of the nuclear program seem possible.

The Israel model: Israel has about 90 nuclear warheads. But all Israeli governments have so far pursued a policy of "neither confirm, nor deny". They do not comment on their nuclear arsenal. North Korea's government approach is completely different. The government repeatedly emphasises the necessity and effectiveness of its nuclear weapons.

The Libya model: The Gaddafi government abandoned its nuclear program in 2003 and renounced the development of nuclear weapons. The normalisation of international relations promised to Libya failed to materialise. Since the international military intervention in 2011 and the overthrow of Gaddafi, chaos has reigned in the country. Libya is interpreted as a deterrent example in North Korea.

The Iran model: The 2015 treaty with Iran is an excellent example of the possibilities for containing nuclear programs. As is well known, however, the US did not comply with this internationally binding treaty and terminated it in 2018.  To date, attempts to revive the treaty have not been successful yet. The problem of the Iran agreement is also perceived in North Korea as a negative experience.

The India model: India is not a member of the Nuclear Non-Proliferation Treaty and criticises this treaty as unfair. De facto, however, India is recognised as a nuclear power and there are no international efforts to pressure India to disarm the approximately 150 nuclear warheads.  This is exactly the model that the North Korean government has in mind. It wants to be recognised as a de facto nuclear power. That is the reason for emphasising in the new Nuclear Force Law that "the DPRK, as a responsible nuclear state, opposes all forms of war including nuclear war." Unlike India, however, North Korea is not an internationally respected democratic country.

On the contrary, North Korea is isolated and feels cornered. It therefore considers its nuclear weapons – as stated in the new law – "as a powerful means of defending its sovereignty, territorial integrity and fundamental interests of the state, preventing a war in the Korean Peninsula and the northeast Asian region and ensuring the strategic stability of the world." North Korea describes itself and its nuclear program as a stabilising factor. The Kim Jong-un regime regards nuclear weapons as its life insurance.

The international community may have to make painful compromises to prevent or at least slow down further expansion. The 2015 treaty negotiated with Iran over many years also had significant shortcomings, but the treaty still offered the chance to slow down Iran's nuclear ambitions. But the chances of getting North Korea to give up nuclear weapons are extremely slim because the regime has a lot to lose.