Has the Iranian Regime Reached the End of its Rope? 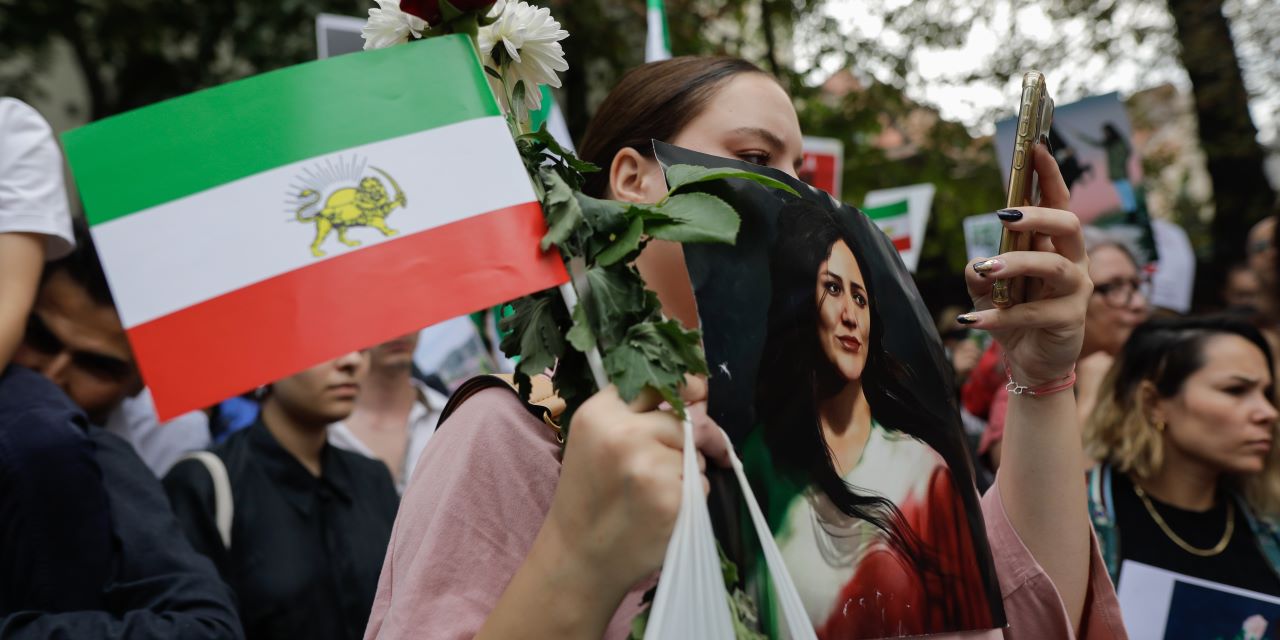 Image: Protests against the death of the Iranian Masha Amini and for women's fundamental rights in Iran, outside the Iranian embassy in Bucharest, October 2022.      Mircea Moira/Shutterstock

This article was first published in The Strategist on 20 October 2022 and is reproduced with permission.

Supreme Leader Ayatollah Ali Khamenei has blamed the West for fomenting the widespread unrest that has rocked Iran over the past few weeks. But his claim is no longer heeded. The ranks of the protestors have swelled despite the authorities’ forceful crackdown. The Islamic regime faces its worst legitimacy crisis since its advent in the wake of the revolution of 1978–79 that toppled the pro-Western autocracy of Mohammad Reza Shah.

The unrest started on 16 September following the death of 22-year-old Masha Amini in the custody of the morality police after she was arrested for not wearing her hijab properly. Amini hailed from Iran’s Kurdish minority. The regime claims that she died of a heart attack, but her family has vouched for her good health and held the morality police responsible for beating her to death. Many Iranian women have, in a largely unprecedented move, publicly burned their headwear, demanding freedom from theocratic dress-code impositions.

But Amini’s death has triggered much more than an anti-hijab protest. It has invoked deep-seated grievances on the part of many segments of Iranian society, stemming from poor governance, economic decline, social disparities, endemic corruption, clerical monopoly of power, and a lack of accountability and transparency. US sanctions, the Covid-19 pandemic and Iran’s costly involvement in support of a number of proxy forces (most prominently in Iraq, Syria, Lebanon and Yemen) have also taken their toll on the Iranian public, whose living conditions have been in no way commensurate with the potential of the country as an oil- and gas-rich state.

Women have led the charge for the first time in the Islamic Republic’s history, but the unrest has provided an outlet for expression of a wide range of societal frustrations. Many intellectual and professional opponents of the regime, as well as Iranians who are among the 40% living under the poverty line, have joined the protests. The latest groups to join are some of the bazaaris (small business owners—the traditional backbone of Iran’s economic and social order) and workers from the oil and petrochemical sectors.

It was primarily the combination of these forces that brought down the Shah’s rule as a main pillar of Pax Americana in the Middle East. Those who spearheaded the revolution against him essentially wanted a pro-democratic transformation of Iran into a constitutional monarchy. But since their movement evolved as a rainbow phenomenon and lacked a unifying leadership and organisational structure, Ayatollah Khomeini, a longstanding critic of the Shah and his US backer, with the support of the Shia religious establishment, was able to dominate the revolutionary movement by the second half of 1978. When the Shah and the US were compelled to relinquish their hold on Iran in mid-January 1979, Khomeini was able to return to Iran from a 14-year exile abroad to a tumultuous public welcome.

However, contrary to the expectations of many Iranians, he proclaimed the revolution as Islamic and engaged in a forceful Islamisation of Iran’s domestic and foreign policy according to his vision of the faith. He abolished the 2,500 years of monarchical rule, declared Iran an Islamic republic with an Islamic government, denounced the US as the ‘great Satan’, opposed Israel as an occupying and illegitimate actor and called for the export of the revolution to the predominantly Sunni region. The religious order he established was followed with gusto after his death in 1989 by his successor. Khamenei has exercised enormous religious and constitutional powers to subordinate Islamically vetted but elected presidents to ensure the regime’s survival within an ideological and pragmatic framework that Khomeini left behind.

Thus, the original objectives of the revolution were subverted in favour of what emerged as a politically pluralist theocratic order. Public support for this order has gradually eroded as the hardline factions of the ruling clerical stratum have pursued an iron-fisted rule, disallowing any form of organised or individual dissent, and wiping out any viable alternative. The regime has failed to see that over time most of the post-revolutionary generation, now constituting some 70% of Iran’s 85 million people, would have no memory of the revolution or firm devotion to the Islamic system of governance.

The ruling clerics are determined to put down the unrest at all costs, for they know that their survival is intimately tied to that of the governmental system they have created and still control. And they have the ability to do so with their control of the most potent forces of state power, especially the Islamic Revolutionary Guard Corps and its subsidiary paramilitary organisation, Basij.

Meanwhile, the protestors have called for regime change with a firm determination to achieve their aim. Yet they face an uphill battle; they lack effective leadership and organisational strength, as their predecessors did against the Shah until Khomeini and his supporters gained primacy.

The scene is now set for a prolonged and bloody struggle, with uncertainty and unpredictability the order of the day. Iran is a critical player in today’s complicated regional and international situation. The Islamic regime has closely linked Iran to China and Russia in countering pressure from the US and its regional allies, Israel in particular. An unravelling of Iran might be more consequential than could ever have been envisaged.

Amin Saikal is adjunct professor of social sciences at the University of Western Australia and author of Iran rising: the survival and future of the Islamic Republic (2021) and The rise and fall of the Shah: Iran from autocracy to religious rule (2009).