Filling the Basket of Knowledge: Workshop on Climate Change, Human Mobility and Peacebuilding in the Pacific 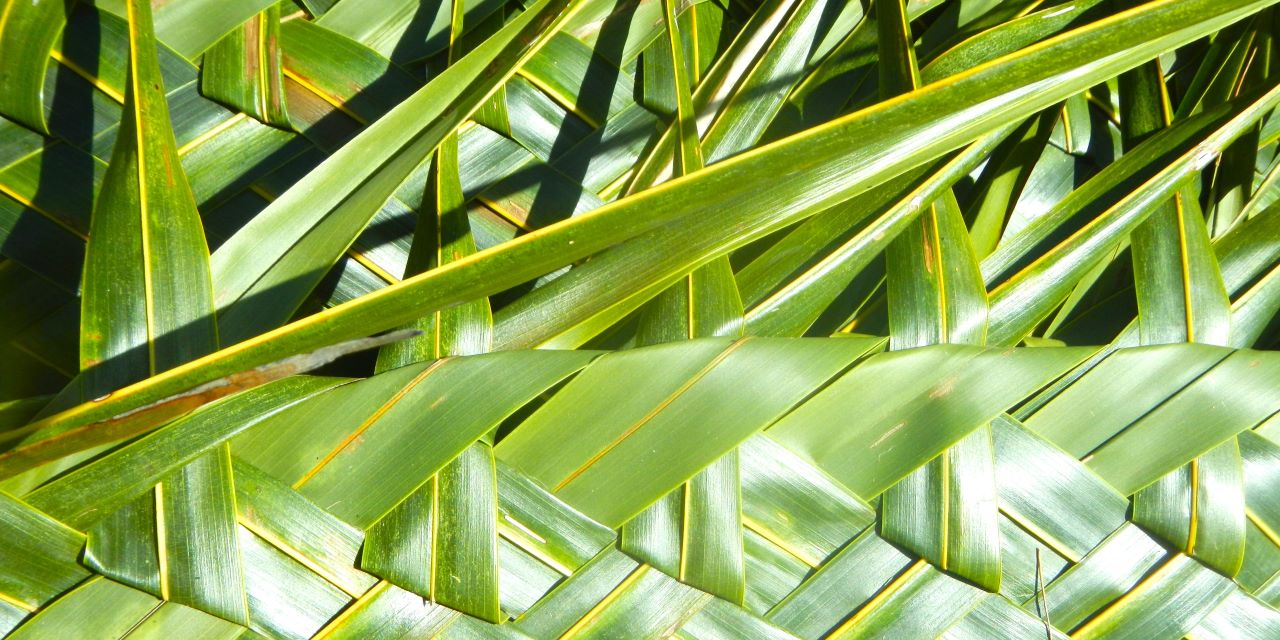 While UN Secretary General Antonio Guterres in his opening speech at this year’s COP 27 in Sharm El-Sheik on 7 November stated that humanity is “on the highway to climate hell with our foot on the accelerator”, a workshop held in Wellington, New Zealand, just a few days before, explored the consequences of this hellish trip for the security and peace of communities and countries in the Pacific region. At the same time, participants searched for pathways off the highway to hell, tapping into the expertise and experiences of a diverse group of policymakers, practitioners and researchers from the Pacific and beyond.

As Kevin Clements, Director of the Toda Peace Institute, one of the co-organisers of the event, explained at the start of the workshop, it was to provide a safe space for respectful dialogue across cultural difference, across scales, and across the realms of state institutions, regional organisations, civil society, and communities at the grassroots. Such dialogue, which acknowledges and harnesses the diversity of worldviews and approaches, enables mutual understanding as the basis for forging partnerships for inclusive collaboration in addressing the challenges of the climate emergency-security-peacebuilding nexus.

The theme of respectful dialogue was taken up by Aotearoa New Zealand’s Minister of Foreign Affairs Nanaia Mahuta whose opening remarks stressed the importance of deep listening for building relationships and partnerships, using the example of her recent visit to the Cook Islands where she learned first-hand about the effects of climate change for communities and about the existential dilemma confronting the people: they want to stay in their home villages, but they might have to relocate sooner or later due to the climate emergency. This dilemma became a core topic in the workshop discussions, guided by the Minister’s advice to ‘fill the basket of knowledge’ by weaving together ‘Western’ science and research and traditional Pacific knowledges, the knowledge of the grassroots as well as the knowledge of academics and policymakers.

Taking up the threads spun by Minister Mahuta, Winnie Laban, Assistant Vice-Chancellor (Pasifika) of Te Herenga Waka – Victoria University of Wellington, another co-organiser of the workshop, reminded workshop participants that it was the Fiji delegation at COP 23 in Bonn, Germany, in 2017 who introduced the wisdom of talanoa – sharing stories with respect – into the international climate change discourse.  The discussions that followed at the workshop were indeed imbued with this spirit of listening and sharing stories. Laban furthermore challenged the big external powers which attempt to reduce Pacific Island Countries (PICs) to pawns in their game of geostrategic chess and praised PICs’ ongoing struggles to re-focus politics on climate change as the single greatest threat to the livelihoods, wellbeing and security of the people in the Pacific.

The immensity of this threat was made clear by Simon Kofe, Minister for Justice, Communications and Foreign Affairs of Tuvalu, in his keynote address. The small island nation of Tuvalu is being battered by the effects of climate change, but at the same time its government and people are also at the forefront of innovative thought and action when it comes to addressing the climate emergency, both at home and internationally. Minister Kofe explained the various in-situ climate change adaptation projects his government is undertaking, but also acknowledged the need for a ‘Plan B’ for the worst case: that Tuvalu might become uninhabitable and its people will have to relocate elsewhere. Tuvalu’s Future Now Project addresses the implications of this worst case scenario, raising fundamental – and fundamentally new – legal and political questions such as: can a country maintain its statehood if its territory has been submerged or its population had to resettle elsewhere?, can it keep its maritime zones?, and is it possible to rebuild Tuvalu as a ‘digital nation’, without a physical territory?

Several of the issues raised by Minister Kofe in his keynote address figured prominently in the discussions of the workshop. Its focus was on climate change induced mobility in its various forms: migration, relocation and displacement, and their implications for peace and security. While there was consensus that people have a right to stay in their places of origin and everything possible has to be done to make this possible, there was also agreement that climate change induced mobility is a reality today and that it will become an even more pressing issue in the future, with conflict-prone consequences and hence the need for conflict-sensitive planning and implementation.

However, one has to be aware of the potentially harmful implications of the climate-mobility discourse. Whether a location is declared (un)inhabitable, and people therefore may stay or have to relocate, is a highly contested political question. The answer does not merely depend on ‘objective’ scientific data; rather (un)inhabitability is socially and culturally constructed, comprising of not only material, but also non-material (social, cultural, spiritual) aspects. To declare a site ‘uninhabitable’ can become a self-fulfilling prophecy, it can be used to legitimise giving up on situ adaptation (and donor financing for such adaptation), arguing that people have to relocate anyway.

Relocation sites, on the other hand, can be perceived as being ‘uninhabitable’ by those forced to relocate, because relocation negatively affects their place-based ontological, or relational, security, their culture and identity. Instead of outsiders – politicians or scientists – determining (un)inhabitability, the decision about habitability or uninhabitability, about staying or leaving, has to remain with the directly affected people.

The discussion about (un)inhabitability is just one example of the rich and productive exchanges at the workshop. Further key topics included: the spectrum of mobility between the poles of forced (displacement) and voluntary (migration), the inextricable land/people connection (the vanua), the conflictual implications of different types of mobility (migration, relocation, displacement – internal, circular, international, immobilities), the legacy of colonial injustices, the combination of climate injustice and mobility injustice, climate migrants as ‘wronged parties’ (and not as ‘refugees’ or ‘victims’), experiences of a community engagement talanoa approach to community relocation, migration pathways and Pacific diaspora in Aotearoa New Zealand, historical relocations , a Pacific regional framework on climate mobility, the duty of assistance at the international level.

The dialogical character of the workshop, storytelling and listening, made it a very special event. Dialogue across diversity was also seen as the alternative to the mainstream (top-down) practice of ‘consultation’ that puts affected people in the communities into the role of recipients of expertise and decisions made by others elsewhere. Horizontal and vertical exchange of experiences, comparative learning, weaving together different worldviews, ontologies and epistemologies were seen as of utmost importance for addressing the challenges and opportunities of the climate, security and peacebuilding nexus in a multi-faceted, relational and holistic manner. Communication and collaboration across scales, from the village on a ‘remote’ island through national governments and regional organisations to United Nations headquarters, and vice versa, is a fundamental challenge – and a must. At the same time, affected communities have to be put front and centre, be it with regard to decisions about (un)inhabitability and relocation, be it with regard to finances for adaptation and for loss and damage. The strength and agency of communities, grounded in their physical and spiritual connection to land (and sea and sky), their own mechanism of (resource) governance and conflict resolution, their traditional knowledge, their ontologies and ethics, is all too often overlooked or marginalised in the mainstream climate change, security and peacebuilding discourse.

In summarising the discussions and planning next steps, workshop participants came up with a series of findings and with ideas for future collaboration, grounded in the diversity of experiences and perspectives present at the workshop. The elaboration of a Pacific-specific Regional Climate Ethics Framework and Regional Climate Curriculum, and creating new additional pathways to climate mobility, are cases in point. Participants agreed that there is an urgent need to feed Pacific ways of thinking, Pacific ontologies and epistemologies, into the international climate change, peace and security discourse. The Tuvaluan values of communal living, shared responsibilities and fale-pili – being a good neighbour –, which Simon Kofe had introduced at the beginning of the workshop, can serve as the exit signs off the highway to climate hell.

A workshop report will be published in the Toda Peace Institute’s Policy Brief Series shortly.