Banning Nuclear Weapons: A Role for Germany, the Netherlands, and Belgium? 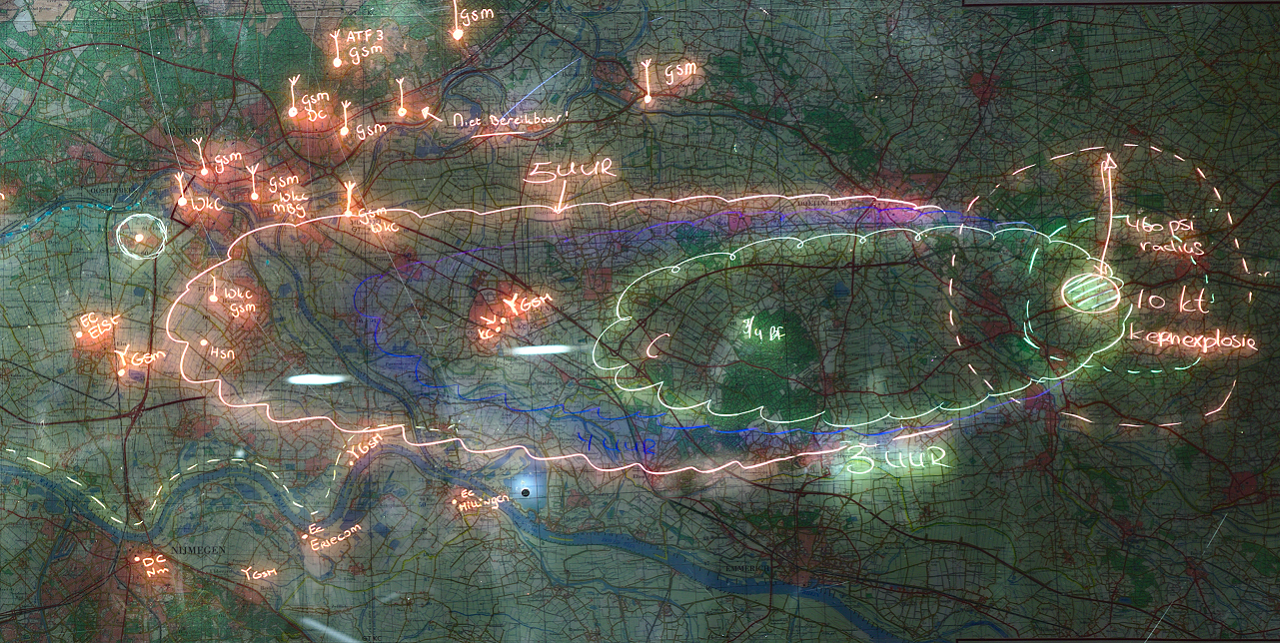 This article appeared in several European newspapers in their respective languages on the day of the entry into force of the Treaty: In the Netherlands in De Volkskrant, in Belgium in Le Soir (French) and De Morgen (Dutch) as well as in Germany on Spiegel Online.

On January 22, the Treaty on the Prohibition of Nuclear Weapons entered into force. The new agreement, also called the Nuclear Ban Treaty, prohibits member states from developing, producing, testing, and stockpiling nuclear weapons. It similarly restricts the use and the threat of use of these weapons. The treaty has 54 member states; 32 more have signed the treaty. Additional states are expected to join. The treaty puts into law a prohibition of a substantial threat to the planet: the use of nuclear weapons in warfare that has catastrophic humanitarian and environmental consequences.

Our governments—Belgium, the Netherlands and Germany—have not signed nor ratified the Ban Treaty. The Netherlands was part of the negotiating conference; the two others stood aside. All three governments publicly voice that they are in favour of a world free of nuclear weapons, as stipulated by the Nuclear Nonproliferation Treaty (NPT). Clearly, this is not an easy task, but constant repetition of a goal does not get us closer to it. This can be done only through substantive governmental and public action.

We would like to see Belgium, the Netherlands and Germany support the Treaty on the Prohibition of Nuclear Weapons with the goal of joining it at an appropriate time. There are good reasons for such a move. First, it would align the countries’ actions with their proposed political agenda of reaching a world without nuclear weapons. Second, it would enable them to influence the future development of the treaty. Further, it is in the interest of the people, as public opinion polls in each country have repeatedly shown strong majorities in support of such a step. Lastly, it would contribute to mutually reinforcing the Ban Treaty and the NPT.

The three countries are also in a special situation. Currently, they host American nuclear weapons on their soil as part of nuclear sharing agreements. The weapons are supposed to be used by Belgian, Dutch and German pilots using national aircraft. This practice has been frequently criticised and, in all three countries, parliamentary resolutions have called for the withdrawal of these weapons. The Ban Treaty explicitly prohibits the stationing of nuclear weapons on foreign soil. We believe that the nuclear weapons stationed on our territories today are a remnant of the Cold War, without any military utility. Our governments should request the removal of nuclear weapons by the United States as soon as possible, and end the potential involvement of their citizens in nuclear war.

Relying on the threat of use of nuclear weapons through NATO, our governments try to guarantee security with inhumane weapons of devastating effect. Such a posture cannot provide sustainable security for a long time. NATO should start discussing effective non-nuclear strategies of deterrence. We also encourage the US and Russia to begin bilateral negotiations for a follow-up New START treaty that includes tactical nuclear weapons.

Unfortunately, our three governments today voice strong criticism of the Ban Treaty. The treaty is often described as a mere symbolic measure, sometimes even considered a danger for international security. In our view, these arguments are wrong. The treaty is an actual legal instrument, by which all member states are bound. For example, it is the first instrument to effectively ban nuclear testing while the Comprehensive Nuclear-Test Ban Treaty awaits entry into force because the US and China have not ratified it. There is also no legal incompatibility between the Ban Treaty and the Nonproliferation Treaty. This has been confirmed in a recent report by the Research Services of the German Parliament. The report considers both treaties to be part of a joint disarmament architecture.

There are substantial effects beyond member states, too. Financial actors like pension and investment funds (like in the Netherlands) and banks (like KBC in Belgium and Deutsche Bank in Germany) already consider and enact withdrawal of money invested in companies involved in nuclear weapon production, directly as a result of the Ban Treaty. And we can see from the action of opponents how seriously they take the “symbolic measure”. In December last year, NATO published a statement voicing opposition. Why would they do so, if the treaty had only symbolic value?

The first event of the treaty will be the Meeting of States Parties in the first year after entry into force. Belgium, the Netherlands and Germany should take up the opportunity to engage with the Ban Treaty members by participating as observers. Such an engagement does not commit our states to anything yet. However, it would already be a significant departure from the current dismissive attitude towards the new agreement and its members. The Belgian coalition agreement of September 2020 is a good start in that regard. International diplomacy will benefit from a more constructive tone. This may also help in obtaining a successful outcome at the upcoming NPT Review Conference in August.

To conclude, the Ban Treaty should be seen in Western Europe as a signal by the rest of the world to take the promise of nuclear elimination much more seriously. Belgium, the Netherlands and Germany should work together to get rid of the American nuclear weapons on our soil, and sign the Ban Treaty as soon as politically possible.

Moritz Kütt is a Senior Researcher at the Institute for Peace Research and Security Policy, Hamburg (Germany). Jan Hoekema is the Chair of Pugwash Netherlands, and a former Ambassador, Mayor and Member of Parliament (Netherlands). Tom Sauer is Professor International Politics at the Universiteit Antwerpen (Belgium)They are all engaged in the Pugwash Conferences on Science and World Affairs.