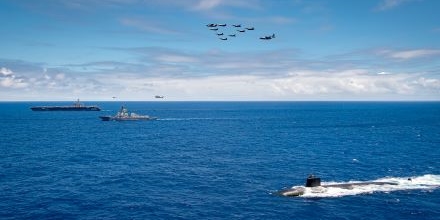 In response to the views of the US administration about security issues in the Pacific, as expressed most recently by Secretary of State Antony Blinken when he visited the region, a group of eminent Pacific political leaders, which includes several former Presidents and Prime Ministers from Pacific Island Countries, have presented an alternative perspective on Pacific security.

They do not perceive their home islands’ security from the point of geostrategic rivalry, instead they focus on what the direct security challenges for Pacific peoples are, first and foremost the effects of climate change, but also the legacies of nuclear testing, and the nuclearisation and militarisation of the Pacific. It is important to take note of these views.