Vanuatu's Bid for Climate Justice at the ICJ 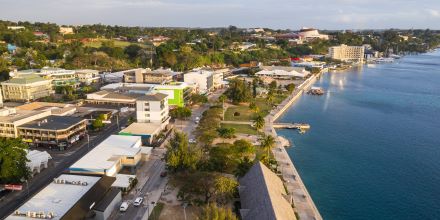 Vanuatu says it has the support of a majority of UN General Assembly members to take climate justice to International Court of Justice.

Listen to the full report.

Vanuatu says it has the numbers at the United Nations General Assembly to get climate justice in front of the world's highest court.

The Pacific nation has been leading a campaign to get the International Court of Justice to issue an opinion on the right to be protected from climate change.

If a majority of the UN General Assembly's 97 states to vote in favour of the resolution, the body would then refer the matter to the ICJ.

Listen to the full report.