Home > Events > All Past Events > 2022 > Workshop: Visioning the Future of South Korea-Japan Relations 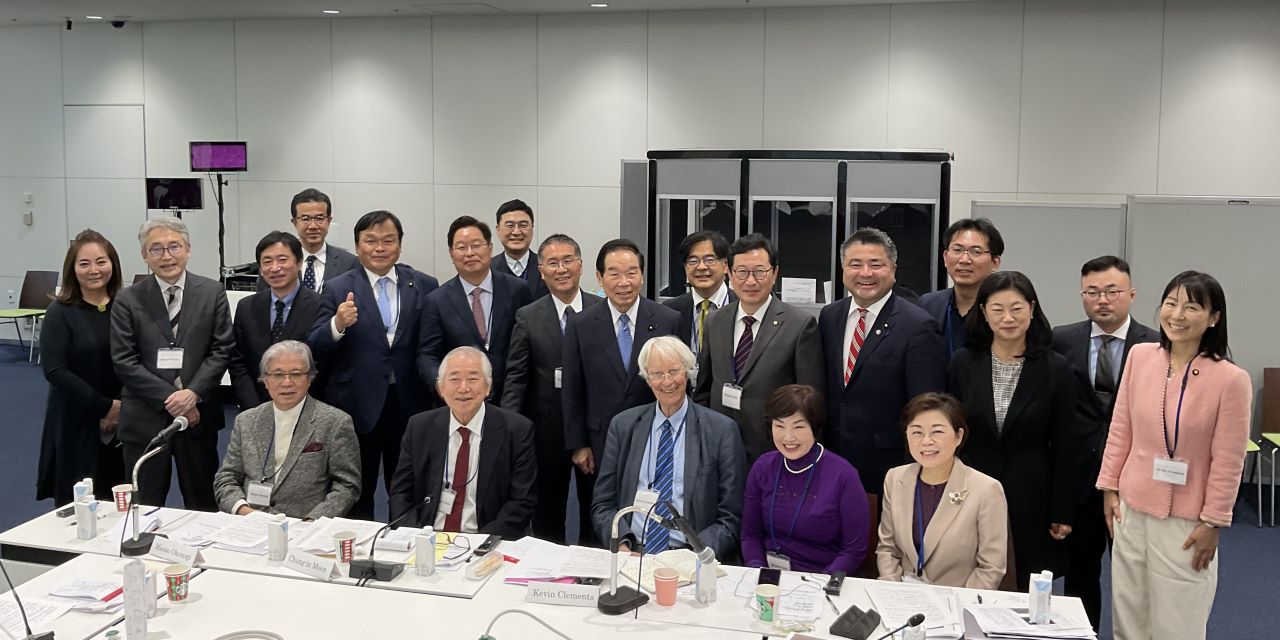 Toda Peace Institute and the Sejong Institute of South Korea collaborated in a project to bring together key opinion leaders and experts from Japan and South Korea to engage in an interactive problem-solving workshop to understand the root causes of the conflictual relationships between the two countries and explore what needs to be done to establish the conditions for higher levels of trust, confidence and collaboration. The recent workshop that took place in Tokyo on 18-19 November 2022 became an honest and open discussion among academics, journalists and parliamentarians from both the ruling and opposition parties of South Korea and Japan.

Relations between South Korea and Japan have fallen to new lows in recent years when long-simmering disputes rose to the fore, one of them being over South Korean courts’ ruling ordering Japanese corporations to compensate for wartime Korean labourers and “comfort women”, both forced to provide services to military Japan.

This collaborative project focussed on resolving the mistrust between South Korea and Japan. Even though the two states have interconnected economies and share an alliance with the United States, their mutual distrust has deepened considerably over recent years. Trust deficit between South Korea and Japan stems in part from strategic rivalries and in part from unresolved historical grievances and memories of the past. Competitive nationalism and divergent collective memories of the same traumatic history have been powerful drivers of the tensions in the region.

Historical memories at the heart of each country’s national identity impede trust building. Narratives of past injustices committed in the colonial and wartime eras strengthen the appeal of nationalism and lead to public stereotypes. Political leaders draw on them to generate public support and legitimacy. They intersect with contemporary bilateral tensions and security issues and exacerbate mistrust between states. From this perspective, Toda and Sejong felt it was essential to bring together parliamentarians, policy-makers and the media from South Korea and Japan to sit down for a conversation to catalyse a deeper understanding of the impasses, blockages, and impediments generating mistrust between the two countries.

Despite the bilateral trust deficit, South Korea and Japan have a host of challenges to grapple with together, including strengthening security and economic cooperation, and responding to the pandemic crisis. The Sejong-Toda workshop became an important opportunity for influential leaders from both countries to meet and discuss not only the differences in views but possible areas of cooperation and visions of future bilateral relationships.