Home > Events > All Past Events > 2021 > Online Symposium “Examining Norms and Regulations for Emerging-Technology Weapons 2: A Perspective Provided by the History of Science and Technology.” 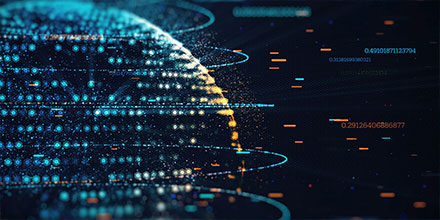 On 21 July 2021, the Toda Peace Institute and Platform for Security and Emerging Technologies (PSET) co-organised an online symposium under the title “Examining Norms and Regulations for Emerging-Technology Weapons 2: A Perspective Provided by the History of Science and Technology.” The innovative format included a panel of three speakers gathered virtually. The symposium was conducted in Japanese.

The development of science and technology has enabled a dramatic increase in the capabilities of weapons and has had a profound impact on security of states. There are concerns that restrictions on military technology may affect the use of technology for civilian purposes, which is known as the issue of dual-use technology. How we can look at such regulations in a situation where it is difficult to fully predict the potential effects of advanced technologies is an uneasy question today. With this question in mind, the three panelists, including a scientist and an engineer as commentators, discussed what we can learn from the knowledge provided by the history of science and technology on the issue of autonomous lethal weapon systems (LAWS), which has been attracting a lot of attention in recent years. 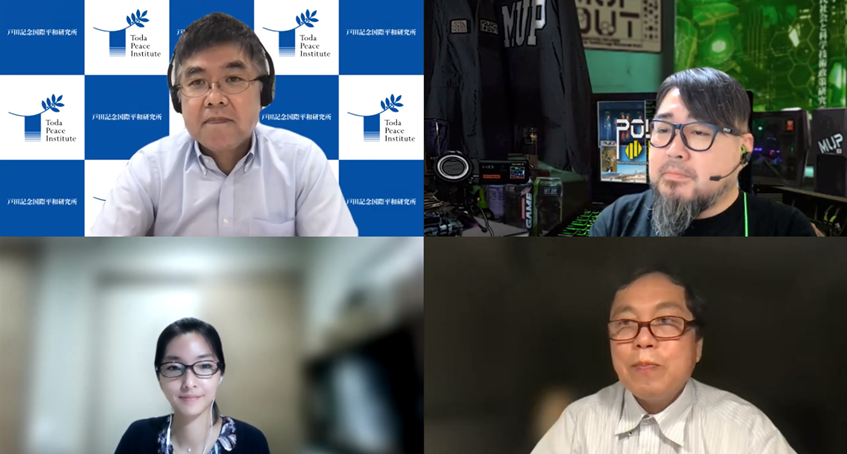 Ms. Sumiko Hatakeyama of Peace Boat, who is a doctoral candidate in history and sociology of science at the University of Pennsylvania in the U.S., mentioned the societal nature of science, saying that science cannot be neutral from society, and that we need to look at the process of making, circulation, application, and use of knowledge of science and technology in order to address the question with complexity and uncertainty. She touched on the idea of “technologies of humility” and discussed how scientists can fulfill their responsibilities in a risk society.

Dr. Tomohiro Inagaki, Professor at Hiroshima University and Chair of the Pugwash Japan, discussed how knowledge in science has developed, taking astrophysics, life science, and information science as examples, and explained how research is done at sites linking multiple research institutions and companies. He also discussed what scientists can do in such an environment, and the role of scientists with regard to problems science cannot answer.

Mr. Tomoyoshi Hirata, Representative of the Military-Civilian Dual-Use and Fusion Technology Research Unit of POLARIS (Policy Laboratory for Research on Civil Society and Science & Technology), Meiji University compared AI weapons and nuclear weapons which is often understood to have triggered the military revolution, and pointed out the problems that a simple comparison between the two can bring. He pointed out that the military technology involved in advanced technology weapons is not necessarily cutting-edge and that civilian technology is now being diverted to military use in various ways. He concluded it is necessary to have good understanding of the technology to see the nature of the problem from multiple perspectives, referring to the effectiveness and importance of involving citizen engineers (white hat hackers) in the discussion on regulation of advanced-technology weapons.

The moderator, Kimiaki Kawai, Research Fellow of the Toda Peace Institute, referred to the roles of the three stakeholders involved: the science and technology community, the military and security policy community, and the general public. He concluded that the interaction between the expert knowledge of the former two communities and the field knowledge of the public consisting of diverse values would be the basis for addressing the question especially when the question involves uncertainty beyond expert knowledge.

The recording of the online symposium can be found at:https://www.youtube.com/watch?v=4w1bPPBX4mk (The event was conducted in Japanese)