"Building Peace on the Korean Peninsula"

The Toda Peace Institute hosted a colloquium on February 8, 2019 under the theme Building Stable Peace on the Korean Peninsula: Turning the Armistice into a Permanent Peace Agreement. The colloquium was held in Tokyo in collaboration with New Zealand’s National Centre for Peace and Conflict Studies, University of Otago.

To address these questions, the Toda Peace Institute brought together leading representatives of five of the states at the Six Party Talks, for a track 1.5 meeting. Coming shortly before the February 27-28 summit between President Trump and Chairman Kim Jong-Un, the Tokyo meeting was an opportunity to share knowledge of recent developments, analyse the impediments to peace, and discuss ways towards a stable peace on the peninsula. The meeting exchanged views about which parties should be involved in negotiating the multiple linked issues, in what sequence the issues should be addressed, and how progress in negotiations is related to domestic politics in the region. The conference also examined whether the EU could play a useful role in generating the right conditions for multiparty discussions.

The conference began by exploring the perspectives of leading figures in the Korea talks from South Korea, China, the United States, Russia and Japan, and of a senior EU representative. Other analysts, regional experts and members of the international diplomatic community then offered their observations. 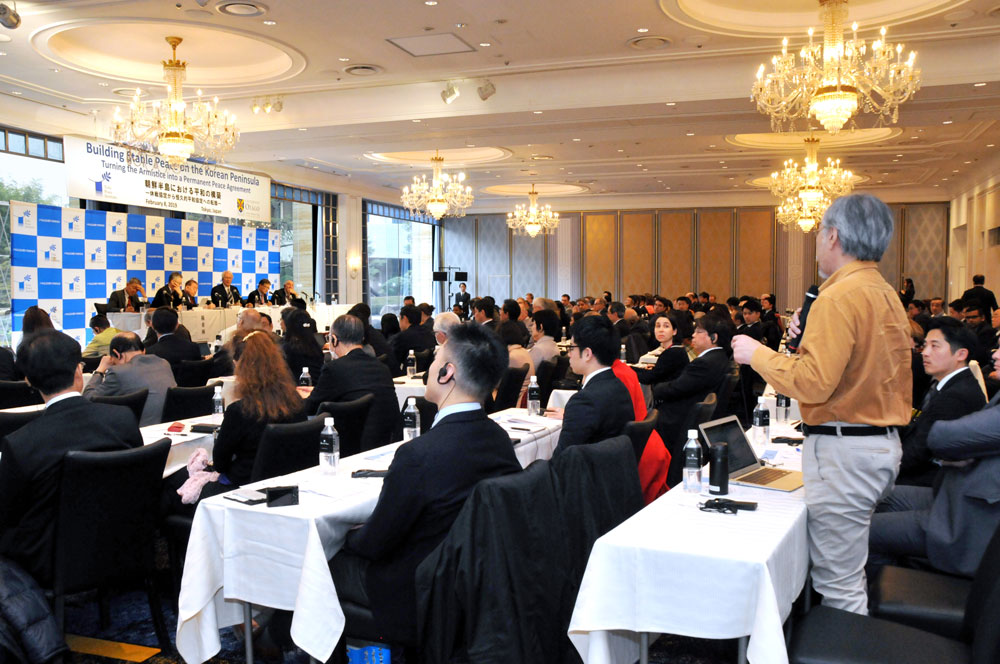 Under President Moon Jae-in, South Korea has been pursuing a policy based on three principles: no nuclear weapons; no war; and no regime change. South Korea is now pursuing a peacemaking policy pursuing a three track approach to peace, through operational arms control, pursuit of an end of war declaration and a peace accord or treaty, and denuclearisation of the Korean peninsula.

China sees the recent summit diplomacy as moving the situation on the Korean peninsula in a positive direction. The two issues of peace and denuclearisation are closely linked. However, there are different views about sequencing, because of different logic and mutual distrust between North Korea and the US. Building confidence is required to enable North Korea to give up its nuclear weapons.

There have been significant changes in the US approach. As a starting point, a speaker articulated that the forthcoming summit should do no harm and avoid a deal that might harm the alliance and the strategic balance. However, it is unclear whether North Korea really wants peace. Can North Korea survive if there is genuine peace, opening of borders, and open trade and investment?

Russia’s view is that the road map ahead should start with a suspension of testing in exchange for suspension of exercises, move on to bilateral agreements, and then to multilateral arrangements. Although the US and North Korea are the key parties in the summit, the negotiating process should broaden out to four and then six parties and include UN involvement.

Japan aims at three objectives: to avoid war and confrontation on the peninsula that could escalate, to avoid chaos in the North, and to achieve complete, verifiable denuclearisation. If North Korea accepts denuclearisation, Japan and other countries should stand ready to offer huge material incentives.

The prosperity of Europe is intimately linked with that of Japan, China and South Korea. Any instability threatens a global impact. Therefore finding ways to contain threats and seeking solutions is in the interest of the EU, using both sanctions and dialogue through open channels of communication. It is important to tackle the human rights dimension together with arms control. The EU stands ready to support a road map and to support a lasting solution. As a large donor, the EU is ready to provide humanitarian assistance. 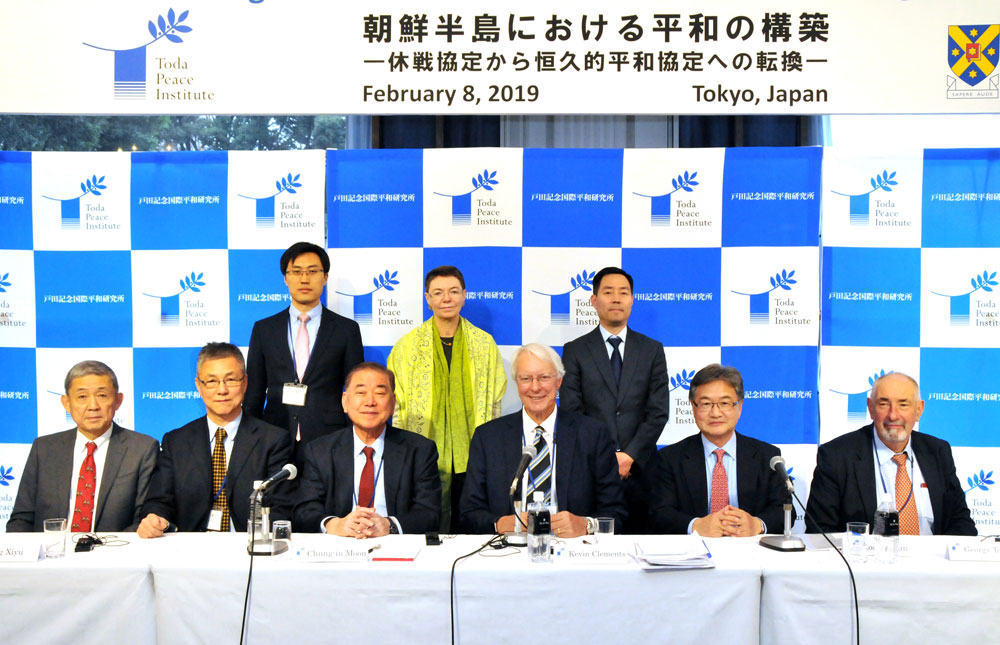 The North Korean situation remains a potentially dangerous and complex conflict with multiple issues and multiple actors. A number of participants favoured a step-by-step process of reciprocated measures, which would exchange verifiable measures to suspend, reduce and eliminate North Korea’s nuclear weapons for sanctions relief, economic cooperation, security guarantees for North and South, and ultimately acceptance of North Korea into the international community. An end of war declaration and the move to a permanent peace treaty would be an important part of this process, though participants differed on the sequencing. A key step would be to build on the suspension of nuclear tests and military exercises by closing down the Yongbyon nuclear complex in exchange for lifting of selected sanctions. Agreeing a road-map on the way forward is a priority. 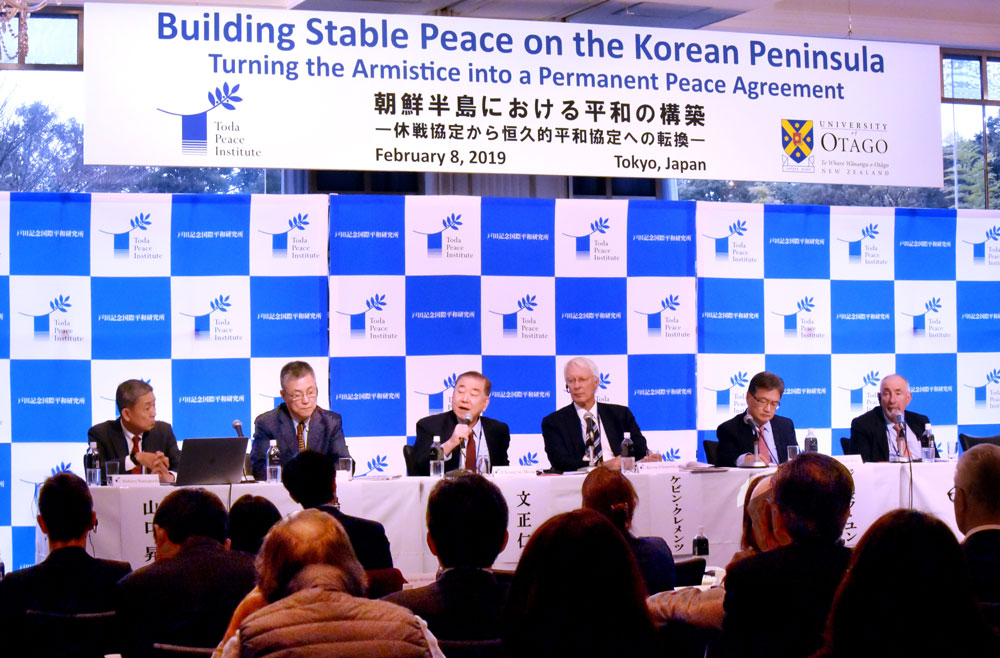 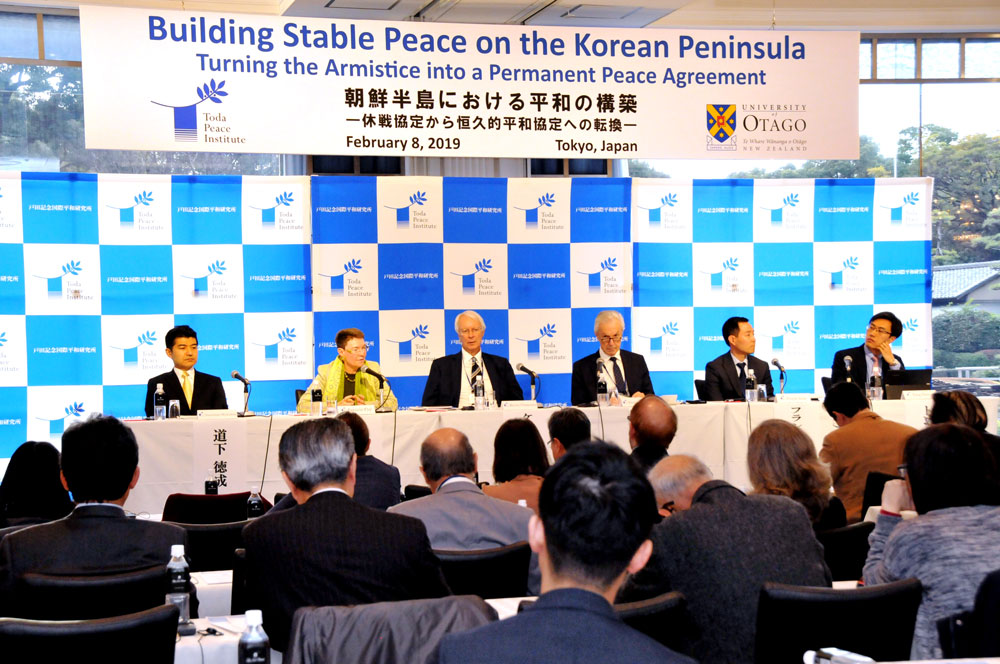 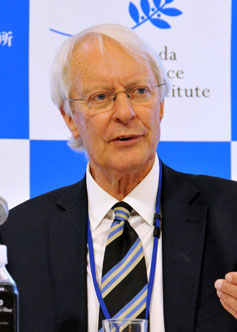 Kevin P. Clements is the Director of Toda Peace Institute and Chair of the National Centre for Peace and Conflict Studies, University of Otago, New Zealand. Prior to these positions, he was the Director of the Institute of Conflict Analysis and Research at George Mason University, USA and Secretary General of International Alert in London. He has been a consultant to a variety of non-governmental and governmental organizations on conflict resolution, arms control and disarmament. 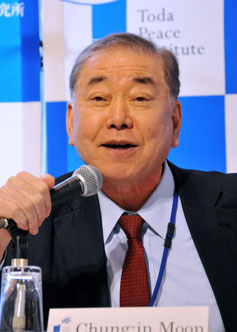 Chung-in Moon is special advisor to the ROK president for foreign affairs and national security. He is also a distinguished university professor at Yonsei University, Krause distinguished fellow at School of Global Policy and Strategy at the University of California, San Diego, and editor-in-chief of Global Asia, a quarterly journal in English. He is co-convener of APLN (Asia-Pacific Leadership Network for Nuclear Disarmament and Non-Proliferation). Dr. Moon was a special delegate to the first (2000) and second (2007) Korean summit both of which were held in Pyongyang. 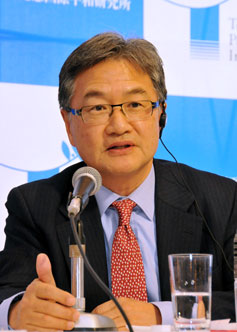 Joseph Yun most recently served as Special Representative for North Korea Policy. Currently, he is Senior Advisor with The Asia Group, a DC-based strategic consulting firm, and the U.S. Institute of Peace, an independent and non-partisan federal institute working on peace and reconciliation issues throughout the globe. As Special Representative on North Korea from 2016 to 2018, Ambassador Yun led the U.S. efforts to align regional powers behind a united policy to denuclearize North Korea. He was instrumental in reopening the “New York channel,” a direct communication line with officials from Pyongyang. 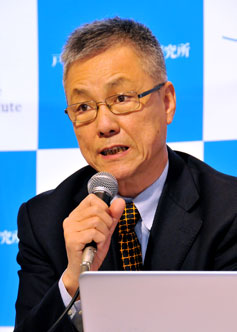 Yang Xiyu is a Senior Fellow at the China Institute of International Studies (CIIS), and also Executive Vice President at the Institute of Boao Forum for Asia. He was a Pantech Fellow at Stanford University. Prior to that, he had a distinguished career in the Chinese Foreign Ministry. He previously served as founding Director of the Office on Korean Peninsula Affairs in the Foreign Ministry (2004-2005). In his capacity as director, he was heavily involved in the Six Party Talks, and drafted the “9.19 Joint Statement” that is commonly accepted by all the parties as guidance for the denuclearization of the Korean Peninsula. 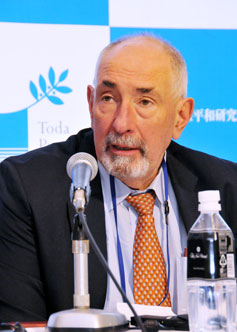 Georgy Toloraya holds the position of Executive Director of Russian National Committee on BRICS Research, a legal entity created under the auspices of Russian government for Track 2 activities. He is also Director of Program Analysis at “Russkiy Mir” Presidential Foundation, dealing with programs in Asia and Africa. Prof. Toloraya is concurrently the Director of Asian Strategy Center at the Institute of Economics of the Russian Academy of Sciences. He is a professional diplomat (rank of Minister) with decades-long experience in Asian affairs. 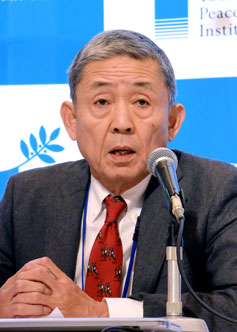 Noboru Yamaguchi is a Professor at the International University of Japan. He graduated from the National Defense Academy in 1974 and finished the Command and General Staff Course of the GSDF Staff College in 1983. He received his MA from the Fletcher School of Law and Diplomacy, Tufts University in 1988, and was a National Security Fellow at John M. Olin Institute for Strategic Studies, Harvard University in 1991-1992. In 2017, he was appointed by the Foreign Minister as a member of the Group of Eminent Persons for Substantive Advancement of Nuclear Disarmament. 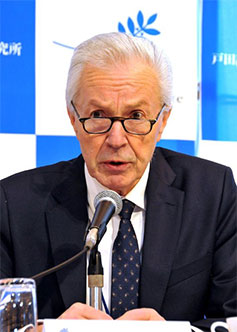 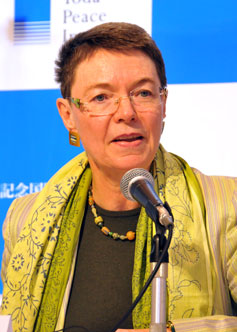 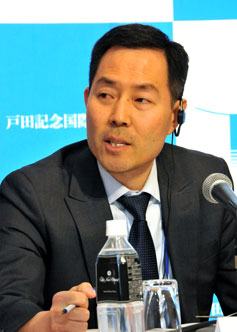 Frank Aum joined USIP as Senior Expert for North Korea in September 2017, after serving as a visiting scholar at the U.S.-Korea Institute at Johns Hopkins University's School of Advanced International Studies. From 2010- 2017, Frank served as the Senior Advisor for North Korea in the Office of the Secretary of Defense. Frank also served as head of delegation for working level negotiations in Seoul with the Republic of Korea (ROK) related to ballistic missile ranges and the transfer of wartime operational control, and received the Secretary of Defense Medal for Outstanding Public Service. He received his JD from the University of California, Berkeley. Narushige Michishita is a professor and the director of the Security and International Studies Program at the National Graduate Institute for Policy Studies (GRIPS) in Tokyo, and simultaneously a global fellow at the Woodrow Wilson Center in Washington DC. Previously, he served as senior research fellow at the National Institute for Defense Studies (NIDS), Ministry of Defense and assistant counsellor at the Cabinet Secretariat for Security and Crisis Management of the Government of Japan. He acquired his Ph.D. from the School of Advanced International Studies (SAIS), Johns Hopkins University. He is a specialist in Japanese security and security issues on the Korean Peninsula. Tong Zhao is a Fellow at the Nuclear Policy Program of the Carnegie Endowment for International Peace, based at the Carnegie–Tsinghua Center for Global Policy in Beijing. His research focuses on strategic security issues, including nuclear weapons policy, arms control, nonproliferation, missile defense, and space security. He was previously a Stanton Nuclear Security Fellow at the Belfer Center at Harvard University. He holds a PhD in science, technology, and international affairs from Georgia Institute of Technology. He is an associate editor of the journal Science & Global Security and a member of the Asia Pacific Leadership Network for Nuclear Non-Proliferation & Disarmament.