Home > Events > All Past Events > 2019 > Climate Change and Conflict in the Pacific: Prevention, Management and the Enhancement of Community Resilience 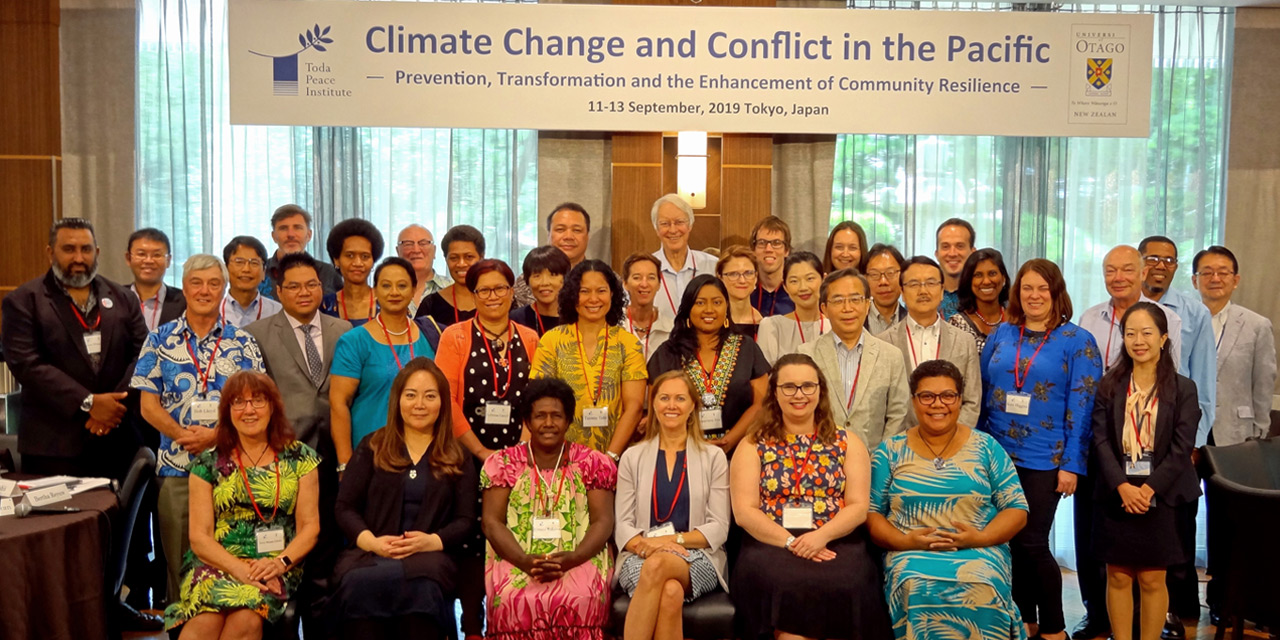 The workshop, which was a follow up to a successful event held in Auckland, New Zealand, in 2018, adopted a ‘triangular’ approach: the workshop heard first from international scholars who presented the ‘state of the art’ of research on climate change, conflict and security, then from Pacific Islanders who presented their local and regional research findings and their practice-based approaches, and finally from Japanese presenters who outlined the state of the debate in Japan.

The participants represented not only a broad geographic span, but also a range of viewpoints including academic, government policy, churches, NGOs, and Pacific community-based organisations.

A common theme which emerged was the need to identify ways of working in partnership with key players in order to address the worst impacts of climate change. This includes listening to people’s own ways of knowing and the need to have an environment conducive for communicating across cultures. Addressing the disconnect between the academic world, lived experiences and policy discourse was seen as central to bridging the communication gap.

With reference to this challenge, Director of Toda Peace Institute, Professor Kevin Clements, said “Communication has to happen in all directions. We have to build bridges not only between cultures, but also between the spheres of academic research and politics. In order for this dynamic to be useful, however, such connection must be aimed at higher levels of co-operation in the adaptation of vulnerable people to climate change. This is a central mission of the Toda Peace Institute.”

A Toda Policy Brief based on the discussions of the workshop was published on the Toda website in May 2020.