The Toda Peace Institute organised a workshop of leading academics and policy makers to hear Professor Steven Miller, Director of the International Security Program at the Belfer Center for Science and International Affairs, Harvard University share his views about the implications of President Trump's Nuclear Posture Review (February, 2018) for the management of security risks in East Asia and the rest of the world. The meeting took place on March 20, 2018 at the new Toda Peace Institute Office in Tokyo, Japan.

Professor Miller argued that although there were many commonalities between President Obama's NPR of 2010 and that of President Trump, there were also some very significant negative differences. While Obama's Prague speech was the lens through which Obama's 2010 nuclear posture was viewed, the 2018 NPR was written by interdepartmental experts but reflected Donald Trump's confused views of nuclear policy and the utility of the triad for deterrence. President Trump's confusing rhetoric on nuclear weapons, explicit denunciation of the Comprehensive Test Ban Treaty, bellicose rhetoric towards Iran and North Korea, and inability to understand what his world class security experts were saying has generated some controversial policy objectives in the 2018 NPR. 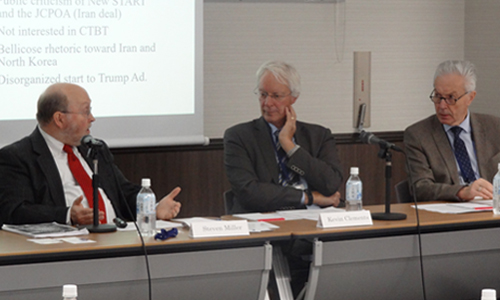 Miller indicated that there are four broad areas of contention within the 2018 NPR as it: 1) Characterises the global security environment as grim and menacing with Russia and China portrayed as rogue states. 2) Reasserts central value of deterrence theory and argues that there are a number of contingencies that would justify the first use of nuclear weapons. 3) Provides wide and expanded support for the nuclear modernisation programme (initiated by President Obama) and argues that there may be strategic utility in the development of low yield weapons and Long Range Standoff Weapon (LRSO). 4) Articulates hostility to existing arms control and disarmament agreements (New START, the JCPOA and CTBT). It uses Russia's violations of the INF and other agreements as a justification for negative perspectives on arms control. 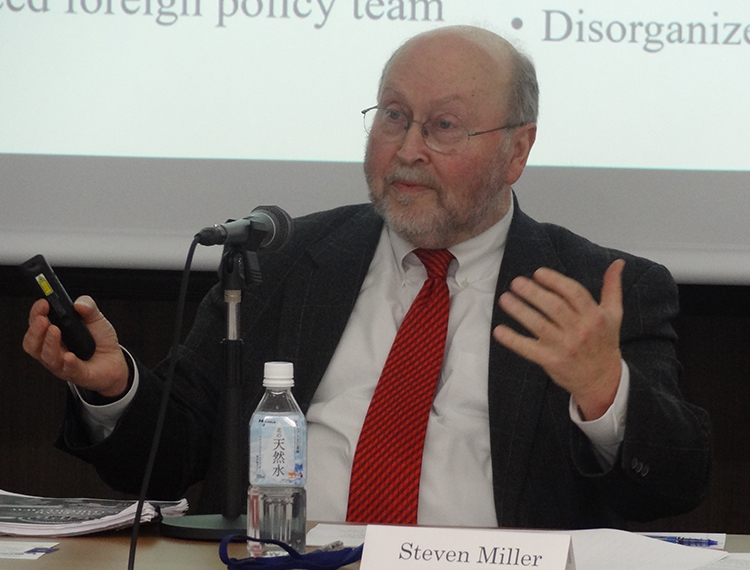