In collaboration with Queens College, City University of New York, a conference on Conflict Resolution in Norther Ireland took place in New York on December 2, 1999. This was the day of transfer of power from Britain to the newly-formed coalition government of Protestant and Catholic parties. Thus, several centuries of Europe's bloodiest civil war came to an end. Former Senator George Mitchell was the keynote speaker leading a panel of those who had actively participanted in the peace negotiations. 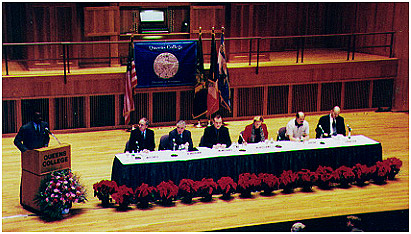 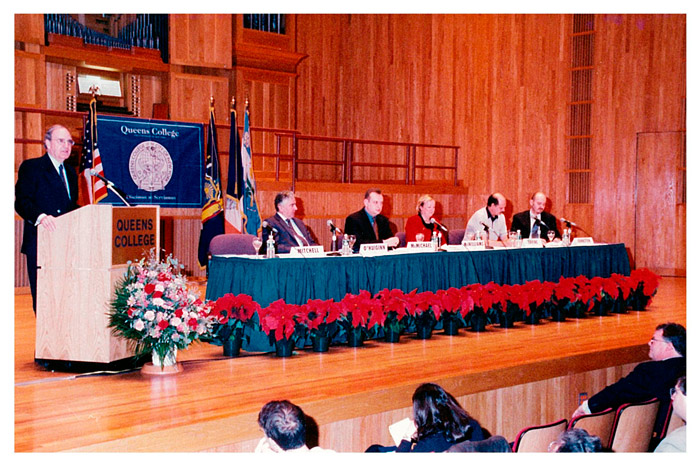