What the Sialkot Lynching Means For South Asia? 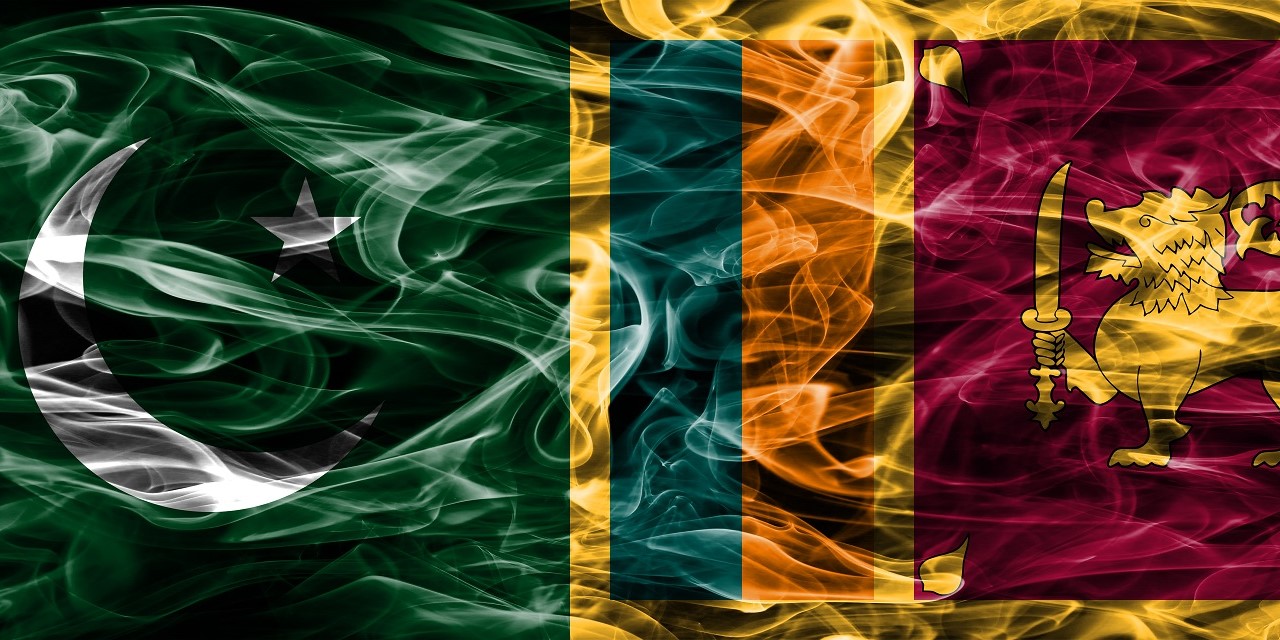 On December 3, 2021, the South Asian headlines were dominated by the unfortunate lynching of a Sri Lankan factory manager, Priyantha Kumara. An Export Manager working in Pakistan since 2010, Priyantha Kumara, was beaten, killed and set on fire for removing posters with religious verses printed on them. The mob construed this as an act of blasphemy. The gruesome incident shook the conscience of many, with protests sparked within Pakistan and demands for justice in Sri Lanka.

In Sri Lanka, the incident brought back ethnic tension, making the public take to social media demanding President Gotabaya and his government pressure Pakistan to achieve justice for Priyantha Kumara. After the Easter Sunday bombings, instigated by a group of Islamic extremists in Sri Lanka, people have become extremely sensitive to the country’s relations with the Muslim world.

Amidst this backdrop, the dastardly attack would have considerable ramifications for Pakistan’s international image, Sri Lanka-Pakistan ties, and South Asian regionalism.

The recent mob lynching is an unfortunate addition to the spate of radicalism witnessed by Pakistan. According to a calculation by Al Jazeera, at least 80 people have been killed in blasphemy-motivated extrajudicial killings since 1990. More recently, the Tehreek-e-Labbaik Pakistan (TLP), the same fundamentalist movement-turned-political outfit accused of instigating the mob attack on the Sri Lankan manager, held hostage major Pakistani cities, demanding the expulsion of a French envoy for the French president’s defence of free speech over Islamic sensibilities. In 2018, TLP took to the streets in protest at the acquittal of Asia Bibi, a Catholic woman who received an execution verdict for alleged blasphemy, for which the Pope had to intercede. This incident has tarnished Pakistan’s image in terms of protecting non-Muslims and bringing scrutiny to its blasphemy laws.

Soon after the Sialkot lynching, Prime Minister Imran Khan unequivocally condemned the incident, calling it a day of shame for Pakistan. Over a hundred people were arrested within hours. A man who tried to save the victim from the violent mob was awarded a medal of bravery. On his call with Sri Lankan President Gotabaya, PM Khan assured swift action against the perpetrators.

Despite the actions taken, the Imran Khan administration’s seriousness towards radicalisation and blasphemy laws is doubted. Mr. Khan is torn between two Pakistans. On the one hand, he wants to indicate that the rule of law and equality of all citizens will prevail through a projection of swift action, which is integral to his attempts at turning around Pakistan’s tottering economy and global image. On the other hand, his desire to provide alternative leadership of the Islamic bloc tempts him to talk about global Islamophobia, reacting to incidents against Muslims anywhere in the world, and exporting Pakistan’s blasphemy laws globally. He wants the west to fear blaspheming the Prophet but maintains silence on Chinese treatment of Uighurs.

Critiques argue that Imran Khan would need a clampdown on homegrown jihadist elements for Pakistan to realise its full economic and tourism potential. For instance, the European Union is already reconsidering Pakistan’s GSP+ status over its treatment of minorities. The New Zealand cricket team refused to play a series in Pakistan over security concerns. For now, instead of nabbing fundamentalists to ensure safety, stability and order, the Pakistani government continues to pander to the radicals for its domestic political gains and point fingers at India and the US, accusing them of a systematic effort to dry the flow of investments in Pakistan.

Such political brinkmanship not only has an economic cost but some moral costs for Pakistan’s Kashmir cause. Since taking over, the Imran Khan government has reframed the territorial dispute as a religious issue, linking every Indian action to the ruling Bharatiya Janata Party’s ethnonationalist ideology. Protecting radical jihadists at home, Khan’s attempt at throwing stones from a holier pulpit would be unconscionable. In the case of the lynching of this innocent factory manager, who was working overtime to bring in a foreign delegation to expand his company’s, and by extension, Pakistan’s exports, they have no one to blame but themselves.

Despite mob lynching of minorities being a routine affair in Pakistan, this is the first instance where a South Asian national from a friendly nation became a victim. Pakistan and Sri Lanka share strong ties, and Colombo remains grateful for Islamabad’s support in the island’s war against LTTE terrorism. More recently, the relations are underwritten by their common tilt towards Beijing.

However, the recent incident will impact the already fragile Sri Lankan perception of Pakistan as this was not the first time Sri Lankans suffered extremist violence on its soil. In 2009, the Sri Lankan cricket team was attacked in Lahore, resulting in injuries to six players. Even though the diplomatic ties were saved, memories lingered for the Sri Lankan players, and they evaded touring Pakistan. Even though the Sialkot lynching, like the Lahore attack in 2009, may not dwindle diplomatic ties, it has warned any Sri Lankan – visitors, players or workers – against ever considering going to Pakistan.

The earlier visit of Imran Khan to Colombo provided an alternative framework for regional diplomacy. Given India-Pakistan rivalry, the marquee regional diplomacy forum SAARC remains dormant. Most summits are overshadowed by the clash of two South Asian rivals. The Khan-Rajapaksa summitry showed that smaller South Asian countries could independently improve trade and diplomatic ties with Pakistan in ‘low politics’ domains without making it a zero-sum game for India. Had the ties gradually strengthened, it would have set a template for Nepal and the Maldives, depending on whether they have a pro-Beijing government. The memories of this gruesome incident and its direct impact on domestic acrimony have nipped that formula in the bud.

Since coming to power, PM Khan has made it his mission to revive his country as a tourism and investment destination and set an alternative template to engage with neighbours. The more the government dallies with hardliners within his own country, the more the goal gets further away. Only swift justice to the perpetrators and engaging with the regional partners to end religious extremism will salvage the degrading image, and resurrect trust within the South Asian regional partners.

The incident also sheds light on growing religious extremism and Islamic fundamentalism in the South Asian region and calls for collective action. Holey Artisan Café attack in Bangladesh in 2016, Easter Sunday Attack in Sri Lanka in 2019, Taliban takeover in Afghanistan in 2021 are all evidence of how terrorist groups and radical religious groups have become emboldened in South Asia. Thus, it is time for the region to call for coordinated and collective action against religious extremism and terrorism threats.

Dr. Chulanee Attanayake is a Research Fellow at ISAS. Her research focus is on China and its policies in South Asia, Geopolitics in the Indian Ocean, and Sri Lanka’s Foreign Relations. Formerly she was at the Institute of National Security Studies Sri Lanka – the national security think tank under Sri Lanka’s Ministry of Defense, Lakshman Kadirgamar Institute, the think-tank of Ministry of External Affairs. and the Bandaranaike Centre for International Studies. Dr Attanayake’s publications include China in Sri Lanka, Maritime Sri Lanka: Historical and Contemporary Perspectives, and Sino–Indian Conflict: Foreign Policy Options for the Smaller South Asian States. She can be contacted at this email address and on Twitter.

Chirayu Thakkar is a PhD candidate jointly with the National University of Singapore and King’s College London. He was earlier a Visiting Fellow with the Stimson Center, DC. His research interests include Indian and South Asian foreign policy. He can be reached on Twitter