Home > Global Outlook > Urban–Rural Re-Relocation as a Response to the COVID-19 Pandemic: The Case of Tuvalu

Urban–Rural Re-Relocation as a Response to the COVID-19 Pandemic: The Case of Tuvalu 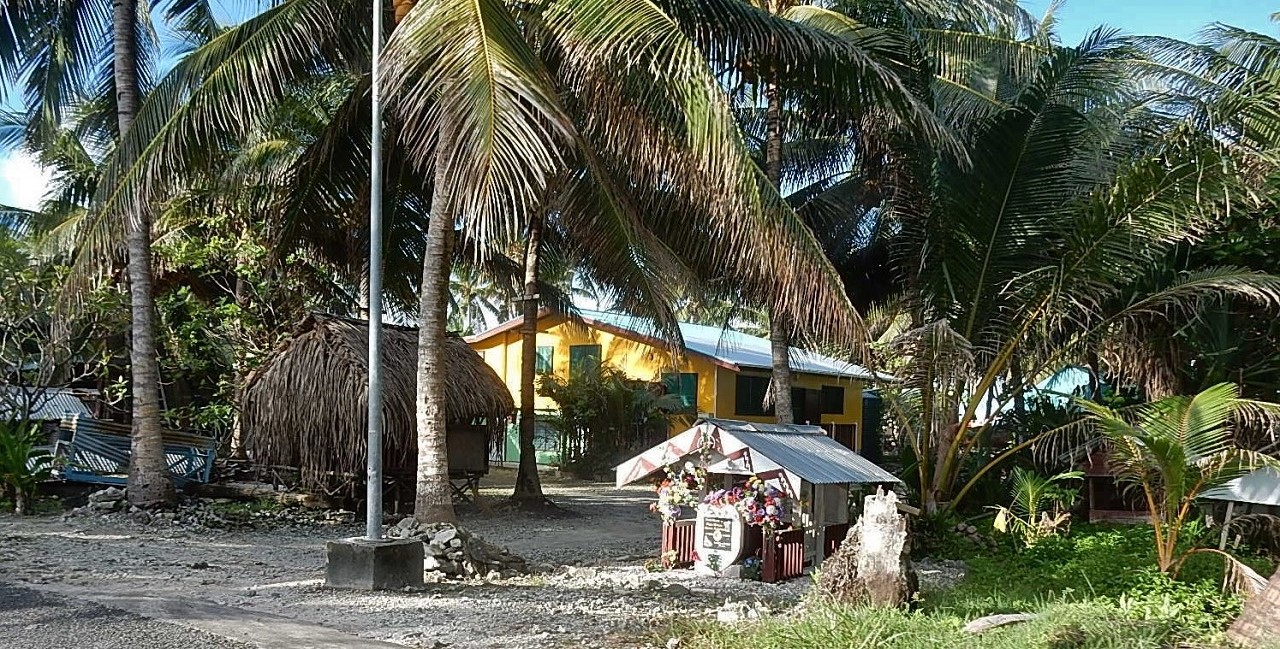 During the COVID-19 pandemic migration patterns reversed in the Pacific Islands. As paid employment in cities decreased, migration to some rural areas increased, often with encouragement from national governments. While some migrants have returned to urban areas following an initial rural relocation, even as a temporary phenomenon, urban-rural migration that occurred during the pandemic is instructive for understanding how cultural and family connections to rural places help in maintaining resilience among Pacific Island populations, particularly in the face of external shocks.

In Tuvalu, the COVID-19 pandemic witnessed, at least initially, significant internal migration from the island capital Funafuti to rural islands. Tuvalu is one of the few countries that has remained free of Covid-19 community spread.  If COVID-19 breaks the bounds of quarantine in Tuvalu, Tuvalu’s outer islands would likely decide through their falekaupule (council of Indigenous chiefs) governance processes to self-isolate, putting the resilience of the rural islands to the ultimate test.

A key feature of the Tuvalu Government’s COVID health security plan involved encouraging people who lived in the capital to voluntarily move to the outer islands. Under the Management and Minimisation of the Coronavirus Regulation, the government could also mandate relocation should COVID-19 arrive in the country.

Tuvaluan people responded to the voluntary relocation advice and quickly moved in large numbers away from Funafuti, both to rural islets off the capital, and to the more distant outer islands to which they could trace their family ties and claims to land ownership and use. This led to a sudden reversal of rural-urban migration trends.

Tuvalu’s outer islands and rural islets were perceived and experienced as safe and secure – places where customary practices of resource sharing, and locally sourced food, would sustain people as they moved away from the capital, the site of any likely entry of COVID-19 into the country.

Why did a quarter of Tuvalu’s capital population heed governmental advice and move to rural islands in the early months of the pandemic, where they were made welcome by host communities? The answer lies in the way land, culture and historic mobility processes intertwine in Tuvalu. The customary arrangements in place in Tuvalu provide extensive and innovative ways in which people can move to safer rural areas, which are capable of peacefully and effectively rising to the challenge of the pandemic.

Land is held communally rather than through individual private ownership. Much of Funafuti's population prior to the pandemic comprised internal migrants who had migrated to the capital from the outer islands, largely for employment reasons. Internal migrants to the capital do not have customary access to urban land, and therefore must rent their housing, unlike the Indigenous people of Funafuti, who are the customary owners of land in the capital. The strength of the customary ties to land means it is not uncommon that people return to their fenua (home island) even after many generations had settled elsewhere.

For others, the dream of going back to the home island remains. This is partly about an enduring sense of home, as well as a customary responsibility to one’s island and its community. But it is also about security. Tuvaluans often perceive their own fenua as the safe place they would prefer to be, for instance, in case of war or cyclones. For many Tuvaluans in the capital who chose to leave during the pandemic State of Emergency, the obvious choice of destination was the island with which they or their spouse had fenua ties. Strong kinship links mean that few if any migrants returning from the capital to the home islands would be landless or lacking in some family support.

The national government provided financial support and overall planning advice to the outer islands to manage the population increases but existing local and customary governance was relied on to ensure relocating people were settled and supported; longstanding rights to live on family lands and access local food on this land were crucial to the success of the government’s advice to move away from the capital.

The entitlement to collect food from kaitasi (family lands, literally ‘eat as one’) extends to very extended family – anyone who is a blood relative, no matter how distant. Thus, despite extended absences, family members can and do claim a share in access to clan land and support, such as being accommodated in existing housing and collecting food within the kaitasi. Furthermore, a returning migrant family is likely to be offered more permanent accommodation by an existing household in their extended family.

The National Government’s Talaaliki Plan recognised the importance of customary practices around food security to support the relocation to rural areas. It promoted an intensification of customary food production, preservation, and distribution activities, all intended to limit the need for reliance on external cargo supplies or humanitarian aid from the COVID‐19 infected outside world.

The Talaaliki Plan also draws on customary knowledge practices as part of its overall resilience planning. In it, responsibility for education was broadened beyond the Ministry of Education, with educational responsibilities partially devolving to families and island communities. As a result of pandemic disruptions to formal education, many Tuvaluan youth were newly exposed to and began participating in customary food practices, both with their relatives and in training workshops in rural areas, which targeted skill development in areas such as preserving fish, planting and composting pulaka, and harvesting coconut toddy.

Customary governance by the falekaupule on each island became mobilised to attempt to ensure communities worked together harmoniously during the State of Emergency. Challenges do exist when settling the urbanised new arrivals, who may be more accustomed to ola tu tokotasi or kalo vao (individualised lifestyles). Pressure on natural resources in the outer islands would have increased with the new arrivals, although food security issues were not reported, suggesting that customary arrangements worked well.

Fale pili means treating a neighbour’s problem as your own, and hence treating neighbours as family. Through fale pili, the customary responsibility to share land with kin became extended to others who were not kin, but wanted to move off the island capital for health security. For the first time, Indigenous Funafuti people also made land on rural islets off the capital accessible to non-Indigenous people with no prior land claims, to build a house on the land and grow and harvest food for as long as they needed.

Tuvalu is not the only Pacific Island country where rural migration increased during the pandemic, and while the specificities of culture and geography clearly vary, customary practices could be prioritised in nurturing resilience across the region, even—perhaps especially—in countries where customary links to rural areas are less strong than they are in Tuvalu. This could be achieved, for example, through religious leadership that encourages community discussion, mediation and problem-solving.

When people move to rural areas, some customary practices which are in decline or dormant may be reinvigorated, particularly when supported by national policy. Other customary practices might be modified to suit the new context. Practices can also be harnessed for particular purposes, such as food security, through targeted training programmes. Overall, urban-rural migration that occurred during the pandemic can be important for understanding how cultural and family connections to rural places can help in maintaining resilience among Pacific Island populations.

A full version of this article can be found here.

Carol Farbotko is a Research Scientist at CSIRO and a University Associate at the University of Tasmania.

Taukiei Kitara is the President of the Brisbane Tuvalu Community and also council member for the Pacific Island Council for Queensland (PICQ). He is undertaking a Masters in Global Development at Griffith University.