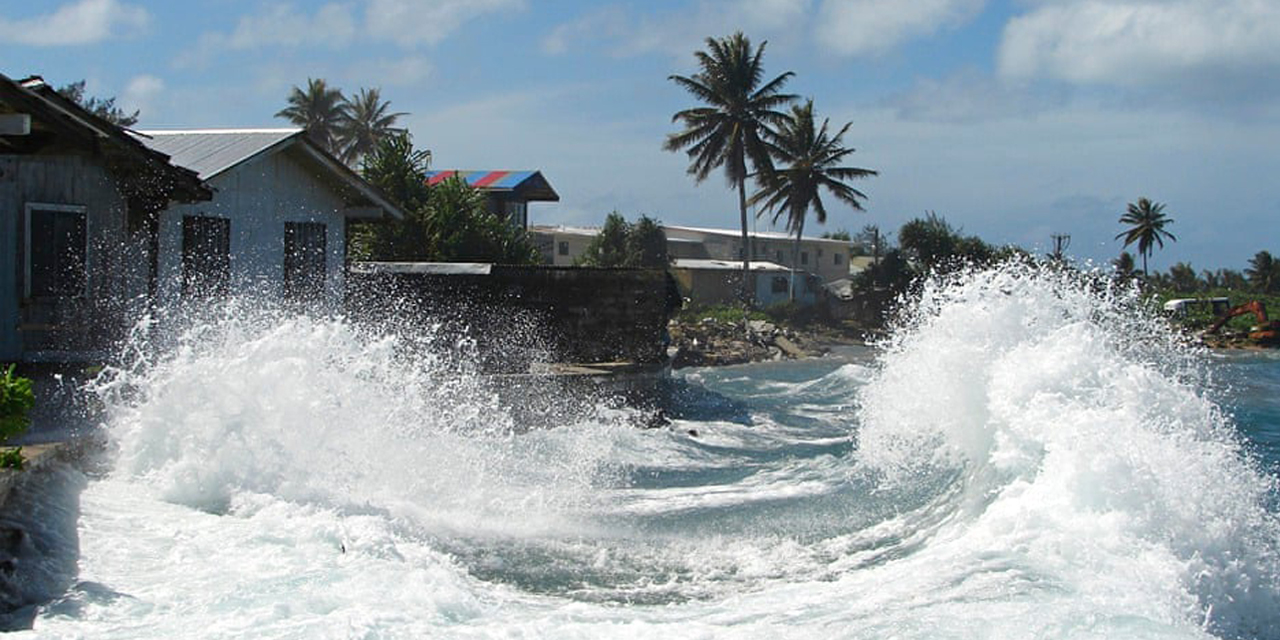 The “state of the planet is broken”. This was the UN Secretary General’s succinct summation of the situation humankind finds itself in today. In his speech of 2 December on the global climate change emergency and the dramatic deterioration of the environment, he listed some of the most important facts which illustrate the severity of the current climate and environmental crisis: “The past decade was the hottest in human history”; “Carbon dioxide levels are still at record highs – and rising”; “We are headed for a thundering rise of 3 to 5 degrees Celsius this century”; “As always, the impacts fall most heavily on the world’s most vulnerable people. Those who have done the least to cause the problem are suffering the most”. By drawing attention to these facts which demonstrate “how close we are to climate catastrophe”, Guterres intended to underline the need for more determined action by UN member states and to set the scene for the online Climate Ambition Summit, which was co-hosted by the United Nations, United Kingdom and France on 12 December, the fifth anniversary of the Paris Agreement. At the Summit, the UN Secretary General called on all leaders worldwide to declare a State of Climate Emergency.

From the perspective of peace researchers and peace builders, it is interesting that Guterres explicitly links the climate crisis to issues of conflict and peace, stating that the crisis “is making our work for peace even more difficult, as the disruptions drive instability, displacement and conflict”. With this, he confirms the mainstream view of climate change as a ‘threat multiplier’ - climate change related (violent) conflicts are an increasingly important peace and security challenge at various scales, from the local to the international. Climate change induced displacement has in fact already proven to be particularly conflict-prone, for example pitting displaced against recipient communities.

Even more interesting from the perspective of peace researchers and peace builders, and adding novelty to the climate change/peace/security discourse, however, is that the Secretary General framed the issues at hand also in terms of war and peace in the relationship between humankind and nature. He stated that “humanity is waging war on nature”, which is “suicidal”. Accordingly, he declared that “making peace with nature is the defining task of the 21st century”. This peacemaking with nature, Guterres said, has to be the “top priority for everyone, everywhere”. The aim has to be to “put the world on a pathway to living in harmony with nature”.

It is of course highly laudable that the UN Secretary General puts ‘nature’ and the need to live ‘in harmony’ with nature into the centre of his deliberations. If taken seriously, this is a fundamental shift away from the worldviews and ways of thinking which steered us into the climate catastrophe in the first place. On the other hand, however, the train of thought expressed in the quotes above still sets ‘the world’ or ‘humanity’ apart from ‘nature’, and conceives of ‘nature’ as in the service of humankind: “Nature feeds us, clothes us, quenches our thirst, generates our oxygen, shapes our culture and our faiths and forges our very identity.” This is without doubt true, but at the same time it reifies a dualistic and anthropocentric worldview that has become overwhelmingly dominant globally over the last centuries, and which underlies both the UN system and the causes of the climate crisis.

There are other ways of being in and thinking of the world, which are extremely marginalised today at a global scale, but nevertheless worthwhile exploring when looking for ways out of the climate crisis. In his speech, Guterres is hinting in the right direction when he stresses the importance of indigenous peoples and indigenous knowledge in the context of the climate crisis: “With indigenous peoples living on land that is among the most vulnerable to climate change and environmental degradation, it is time to heed their voices, reward their knowledge and respect their rights”. And “indigenous knowledge, distilled over millennia of close and direct contact with nature, can help to point the way”.

In fact, indigenous peoples in many parts of the world challenge the dominant global worldview, which still imbues Guterres’ speech. They think of human beings not as apart from, and masters of, nature, but relationally embedded in nature. Flowing from this way of thinking, a human-centred approach to the climate crisis could be overcome in favour of an approach which understands human beings and human society relationally, in relation not only to other human beings, but also to other-than-human beings (‘nature’). De-centering ‘humanity’ would open new avenues for ‘making peace with nature’ – transcending even a progressive concept like ‘human security’, which is very influential in the UN context. ‘Human security” still compartmentalises, reifies the nature-society divide and conceptualises humanity as crown of creation.

Finally, the UN Secretary General declared that “systematic adaptation support … is especially urgent for small island developing states, which face an existential threat”. Indeed, when we look at small Pacific Island Countries, such as Tuvalu, Kiribati or the Marshall Islands, all the above-mentioned themes coalesce. These countries contribute next to nothing to the causes of the climate emergency, but they are particularly vulnerable, severely affected by sea level rise, natural disasters, food and water insecurity and other effects of climate change. For their peoples, climate change induced displacement is becoming an urgent problem, and violence-prone conflicts due to the economic and social effects of climate change are threatening livelihoods, well-being and security. At the same time, Pacific Islands people have a wealth of indigenous knowledge, grounded in their way of being in the world and their worldviews, which transcends the human-nature divide and the anthropocentricity inherent in globally dominant approaches to dealing with the climate emergency. Their non-anthropocentric, relational ways of doing and thinking indeed “can help to point the way”.

Hence, there are many good reasons to focus peace research and peace practice on the Pacific Island Countries.