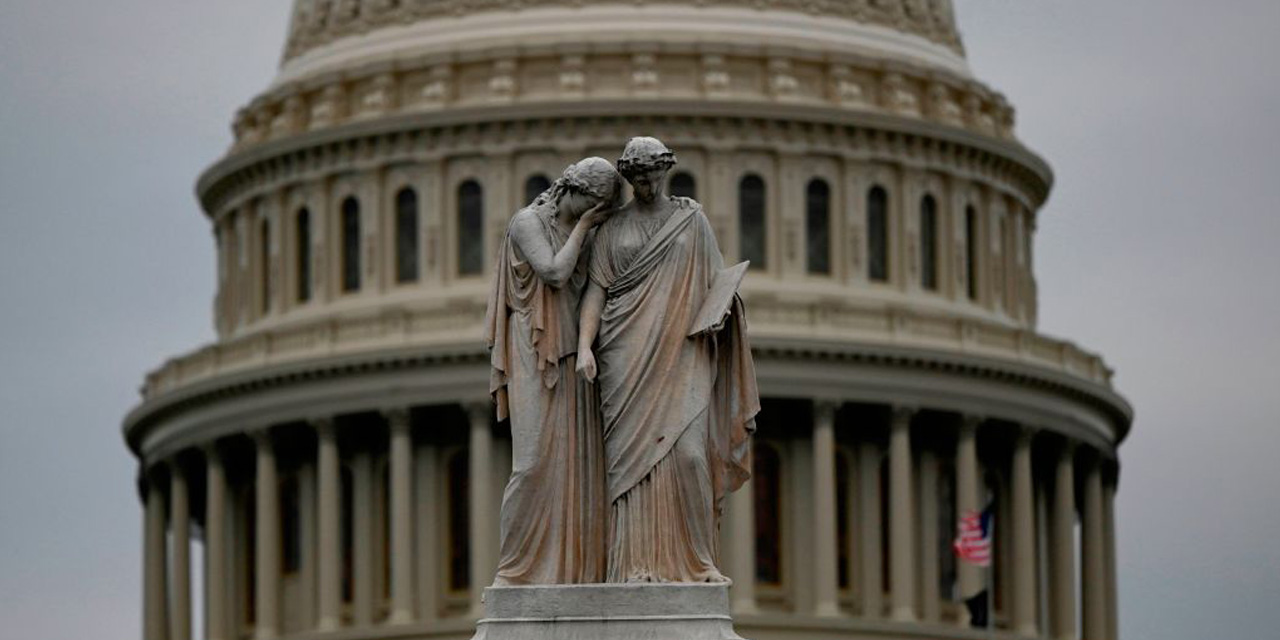 This article was first published in The Strategist on 12 January 2021
https://www.aspistrategist.org.au/trump-chaos-highlights-risks-of-sole-nuclear-launch-authority/

Critics of nuclear weapons have long pointed to two sets of risks. First, deterrence stability depends on all fail-safe mechanisms working every single time in every bomb-possessing country. That is an impossibly high bar for nuclear peace to hold indefinitely. Second, it also requires that rational decision-makers be in office in all the world’s nine nuclear-armed states.

In the past four years the latter risk has intensified in particular because of the personality traits of two of the nine leaders concerned, which is why US President Donald Trump and North Korean leader Kim Jong-un were described as the godfathers of the UN nuclear ban treaty. The late Bruce Blair, a former nuclear launch officer and respected anti-nuclear campaigner, said in 2016: ‘The thought of Donald Trump with nuclear weapons scares me to death.’

The issue acquired unexpected urgency amid ugly scenes outside and inside Congress after it duly certified Joe Biden as the winner of the 2020 presidential election. On 8 January, House Speaker Nancy Pelosi discussed with General Mark Milley, chairman of the Joint Chiefs of Staff, precautions for ‘preventing an unstable president from initiating military hostilities or accessing the launch codes and ordering a nuclear strike’. Milley’s office confirmed to the New York Times that he had answered her questions about the nuclear command authority.

The US has no extant legal mechanism for addressing Pelosi’s concern. On 22 December 2008, in the final days of the George W. Bush presidency, Vice President Dick Cheney confirmed the unchecked presidential authority. For 50 years, he said, the US president has been ‘followed at all times, 24 hours a day, by a military aide carrying a football [so-called because the code word for the first set of nuclear war plans was ‘Dropkick’] that contains the nuclear codes that he would use and be authorized to use … He doesn’t have to check with anybody. He doesn’t have to call the Congress. He doesn’t have to check with the courts. He has that authority because of the nature of the world we live in.’

Because of the launch-on-warning posture of nuclear weapons on high-alert status, the US nuclear system is designed to respond to a commander-in-chief’s launch order instantaneously. Missiles would leave their silos just four minutes after the president’s command authorising a strike, so that they launch before they’re destroyed by enemy missiles and hit their targets within 30 minutes of launch.

The one historical occasion on which the president’s unchecked power was an issue was in the dying days of Richard Nixon’s presidency amid the Watergate crisis. Writing in Politico in 2017, Garett Graff recalled how Defense Secretary James Schlesinger had issued an unprecedented set of orders, directing that if Nixon gave any nuclear launch order, military commanders were to check either with him or with Secretary of State Henry Kissinger before executing them. This was after Senator Alan Cranston had phoned Schlesinger to warn him about ‘the need for keeping a berserk president from plunging us into a holocaust’. Apparently, Nixon had alarmed congressmen by telling them during a meeting: ‘I can go in my office and pick up a telephone, and in 25 minutes, millions of people will be dead’.

In 1973, Harold Hering, a US Air Force major on training to command nuclear missile silos, asked: ‘How can I know that an order I receive to launch my missiles came from a sane president?’ Good question. Instead of receiving an answer, Hering was eased out of the military, lost his final appeal in 1975 and changed careers to take up long-haul trucking. Recalling Hering’s ‘forbidden question’, Ron Rosenbaum comments in How the end begins: the road to a nuclear World War III:

You might think such a question—the sanity of a president who gives a nuclear launch order—would require some extra scrutiny, but Major Hering’s inconvenient query put a spotlight on the fact that the most horrific decision in history could be executed in less than fifteen minutes by one person with no time for second-guessing.

According to law professor Anthony Colangelo, military officers have ‘a legal duty to disobey illegal nuclear strike orders’ and the use of nuclear weapons wouldn’t satisfy the tests of legality under international humanitarian and human rights laws. However, a Congressional Research Service note on 3 December restated the prevailing consensus: ‘The US President has sole authority to authorize the use of US nuclear weapons.’

A former head of US Strategic Command, General Robert Kehler, notes that military officers are bound by the Uniform Code of Military Justice ‘to follow orders provided they are legal and have come from competent authority’. In a statement on 7 January, even the International Crisis Group, whose primary field of interest is the conflict-riven regions of the world, highlighted the president’s ‘unfettered power to launch nuclear weapons’ among the perils of the chaotic transition from Trump to Biden.

An angry and vengeful president in denial about the election outcome but with his finger still on the nuclear button—the same one that he’d boasted was ‘bigger and more powerful’ than Kim’s—has helped to reconcentrate minds. In the Cuban missile crisis of 1962, President John F. Kennedy kept his head while the military advisers around him, led by the notorious General Curtis LeMay, wanted to deploy nuclear weapons and invade Cuba.

Since Trump’s inauguration in January 2017, the world has desperately hoped that, given the strategically challenged president’s unpredictability and unreliability, former generals in his cabinet would act as the adults in the room in any crisis situation. It was in the context of Trump’s failure to grasp core nuclear realities that his first secretary of state, Rex Tillerson, famously remarked that Trump was a ‘fucking moron’.

The sole launch authority is so powerful and so unchecked that it’s truly scary. Bruce Blair’s two-step recommendation was adoption of a no-first-use policy in the short term and total elimination of all nuclear weapons through ‘global zero’ in the medium term. Biden can and should change the nuclear command structure once he’s in office and require the agreement of at least one other senior official for authorisation of a nuclear strike to be legal.

If this can be of more than theoretical concern with respect to the US, we surely are justified in having even graver concerns about the potential for nuclear weapons being used irresponsibly by some of the other leaders with their fingers on nuclear triggers. Having put ‘guardrails around the sole authority of the US president … to launch nuclear weapons’, Biden could then focus on the urgent need to reduce nuclear risks globally.