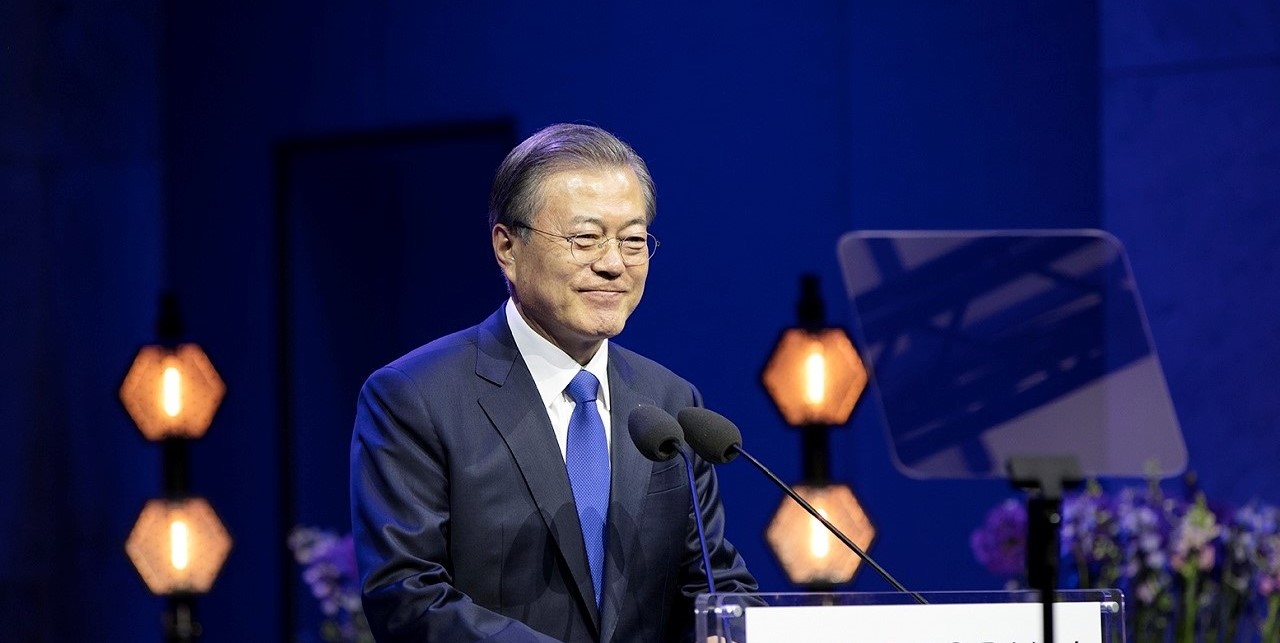 South Korea must keep a strong alliance with the US and maintain a strategic partnership with China.

The subjectivity of the observer is a big factor in the observation of objects and phenomena. That’s inevitable. But policy solutions to current issues need to be backed by objective facts and by contemporary common sense.

Quite a bit of recent criticism for South Korean President Moon Jae-in’s foreign policy appears to consist solely of subjective prejudice in the complete absence of the objective facts and common sense I just mentioned.

I’ll illustrate this point with three issues that have recently been in the media.

The first of these is the debate about the Quad, short for the Quadrilateral Security Dialogue.

Conservative media outlets and commentators are frustrated that the Moon administration hasn’t joined the Quad as the US has requested. Despite government insistence that it hasn’t received such a request from the US, either officially or unofficially, these media would have you believe that the South Korea-US alliance is doomed unless Seoul immediately announces it’s joining the Quad.

As described by US Secretary of State Antony Blinken, the Quad is an unofficial body for the US, Japan, India, and Australia to deliberate a number of issues. The statement adopted at the previous Quad summit addressed nonmilitary issues, including cooperation on COVID-19 vaccines, a working group on climate change, and cooperation on high-tech and emerging technology.

Therefore, the Quad shouldn’t be seen as a military alliance explicitly created to counter China. And the South Korean government has already expressed its willingness to cooperate with Quad in nonmilitary areas.

Some Chinese media outlets have also inappropriately pressured South Korea to stay out of the Quad—which is still a largely notional organisation—describing it as an “Asian version of NATO.”

These are classic examples of narrative-driven coverage based in “fake news.” It’s baffling to see the South Korean media and opinion leaders being manipulated by such reports.

The second issue is the coverage and commentary about recent actions by Suh Hoon and Foreign Minister Chung Eui-yong. In early April, Suh attended a meeting with the national security advisors of the US and Japan; around the same time, Chung met with Chinese Foreign Minister Wang Yi in Xiamen, China.

Some newspapers are worried that the South Korean government is engaged in some dangerous “two-timing diplomacy” or “tightrope diplomacy.” Other newspapers assert that China is pressuring South Korea, which it regards as the weakest link in the US alliance system, and that the Moon administration’s swift agreement to hold the meeting placed it in a serious bind.

Arguments of this sort always include the prophecy that if South Korea maintains its strategic ambiguity of relying on the US for national security and on China for its economy, it will ultimately be abandoned by the US, leaving its security in tatters.

I can’t agree with any of this. The goal of the South Korean government’s foreign policy and national security policy is to prevent war and secure peace through achieving the denuclearisation of the Korean Peninsula. Toward that end, South Korea must keep a strong alliance with the US and maintain a strategic partnership with China.

There’s nothing contradictory about Suh striving to ensure that South Korean viewpoints are reflected in the Biden administration’s review of North Korean policy and Chung discussing ways to denuclearise the Korean Peninsula with China.

At the current moment, resuming talks between North Korea and the US, scheduling a South Korea-US summit, and asking China to help change North Korea’s attitude are all necessary diplomatic actions.

While I understand that conservatives wouldn’t want to praise the Moon administration for its transparent handling of great power diplomacy based on principles and the national interest, I’m perplexed by their tendency to attack its foreign policy as being ruinous for the country.

The final example is criticism about trilateral cooperation between South Korea, the US and Japan. I’m talking about the claim that the Moon administration’s antipathy to Japan has complicated cooperation between the three countries, undermining defence readiness against the North Korean military threat and gravely impacting the South Korea-US alliance.

Since the recent meeting of the South Korean, American, and Japanese national security advisors in Annapolis, Maryland, there has even been talk of reviving the Trilateral Coordination and Oversight Group (TCOG), which the three countries set in motion to facilitate cooperation on establishing effective North Korea policy in 1999, during the presidency of Kim Dae-jung.

Cooperation between the three countries is important, even aside from the North Korean nuclear issue. But for cooperation to take place, the various sides need to be on the same page

While North Korea’s test launch of a Taepodong missile in August 1998 made TCOG possible, progress in the Perry Process enabled even closer cooperation between the three countries. Their talks focused just as much on sanctions relief and humanitarian aid as on a military deterrent against North Korea.

Even if not for South Korea and Japan’s historical disputes, the trilateral deliberations are unlikely to get many results when their approaches to the North Korean nuclear issue are as sharply opposed as they are at present.

It’s common sense that foreign policy needs to be grounded in the national interest. But such common sense is absent from the three examples mentioned above, which are heavily dominated by political narratives.

It’s puzzling to me why these commentators are calling for radical choices, while studiously ignoring the fact that hasty black-and-white choices are liable to wreck key national interests. It’s very unfortunate.

Chung-in Moon is the Chairman of the  Sejong Institute. He is a member of the Toda International Research Advisory Council.