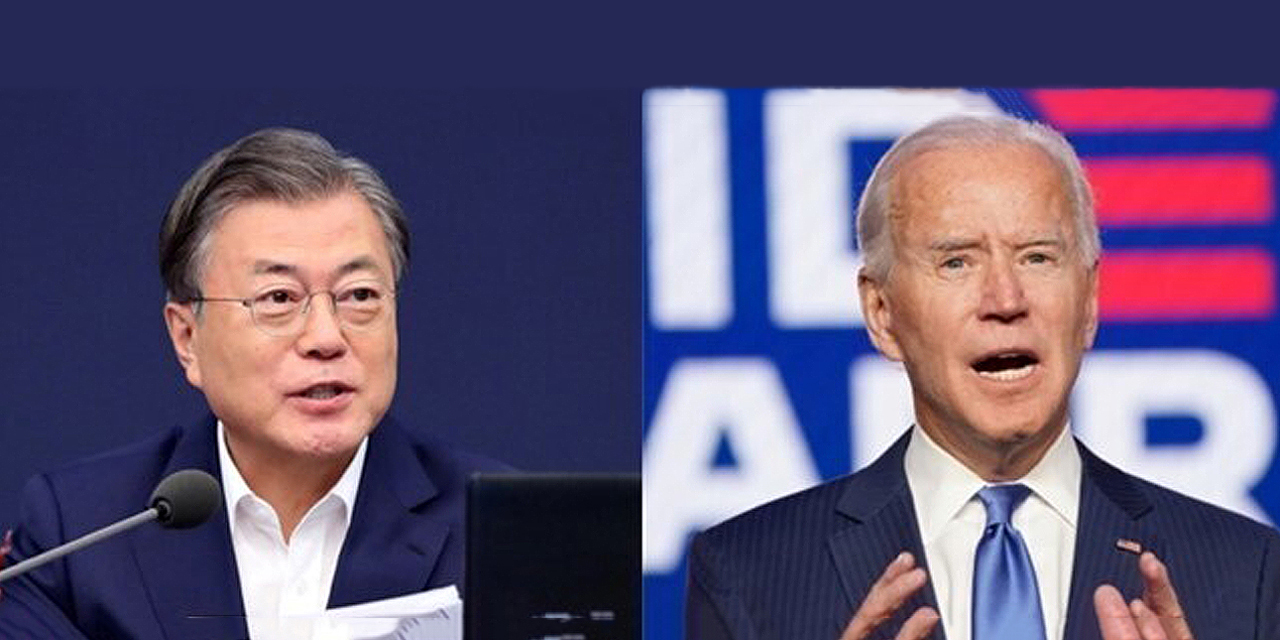 This article was published originally by Hankyoreh on 30 November 2020.

With the inauguration of Joe Biden as the next American president all but certain, the eyes of the world are once again turning to the US. People are speculating about the policy line to be adopted by Biden, who has promised to value American alliances and restore multilateralism in the international community in a departure from Donald Trump’s “America First” approach. But little is known about what policy the Biden administration will adopt on the North Korean nuclear issue, the topic of greatest interest to those of us in South Korea.

Given the policy-making system in North Korea, in which all decisions come from the top, it’s undeniable that Trump’s top-down method had its moment, even if it didn’t achieve concrete results.

But Biden sees things differently. He’s said on multiple occasions that he’ll only consider a summit if Pyongyang demonstrates actual progress toward denuclearization in working-level talks. That’s both encouraging and concerning.

But the Biden camp has yet to flesh out its policy on the North Korean nuclear issue. We can only assume that concrete policy measures will emerge following a detailed review of the development of that policy during eight years under Obama and four years under Trump.

That process will witness vigorous debate within the Biden administration between three competing viewpoints.

The first viewpoint is the denuclearization paradigm, which insists that North Korea get rid of its nuclear weapons before receiving any relief from the US. The basic assumption of this viewpoint is that Pyongyang, given its priority on regime security, is unlikely to simply give up its nukes. The only way to force Pyongyang to consider that option, therefore, is to carry out a multifaceted strategy of coercion.

That strategy would involve maintaining maximum pressure on Pyongyang by strengthening military encirclement and economic sanctions through trilateral cooperation with South Korea and Japan; isolating it diplomatically through “five power” cooperation with South Korea, China, Japan, and Russia; and undermining the regime of Kim Jong-un through covert operations and psychological warfare.

The group supporting the denuclearization paradigm includes expert hardliners on foreign policy and regional experts on North Korea such as Jung H. Pak, with the Brookings Institution, who is part of Biden’s transition team.

The second perspective can be summarised as nuclear arms control or gradual denuclearization — that is, the view that talks with North Korea should be designed on the principle of a series of simultaneous exchanges. Advocates of this position hold that, although Pyongyang cannot be recognised as a nuclear power state, the US needs to orient its negotiating strategy on the practical reality that the North currently holds such a capacity.

Advocates of gradual denuclearization argue that, in exchange for North Korea not only freezing its nuclear and missile activity but also shuttering parts of its Yongbyon nuclear facility (as Kim proposed in his Hanoi summit with Trump), the US should take corresponding action, at least on a limited basis, by easing sanctions, normalising relations and guaranteeing the North’s security. After building confidence through such preliminary measures, advocates say, the US and North Korea should sit down together to draw up a road map for eliminating the North’s nuclear facilities, materials and weapons in a gradual and verifiable manner.

This perspective can be seen as similar to that of the South Korean administration under President Moon Jae-in. It’s the approach preferred by former Defense Secretary William Perry and other Democratic Party-aligned veterans of negotiations with North Korea, as well as by younger experts on nuclear proliferation in the Biden camp.

Some view total denuclearization as unrealistic and opt for maintaining stability

Finally, there are those who think the North Korean nuclear issue ought to be managed to maintain stability. The mainstream foreign policy experts in the Biden camp fall into this category. Pointing out that Pyongyang is unlikely to give up its nuclear weapons in the short term and that its weapons can’t be eliminated through military action, they say the best approach is simply to manage the North.

In the end, this viewpoint may not be greatly different from the “strategic patience” of the Obama administration. It reflects the US mainstream’s confidence that time is on their side and its tendency to treat the North Korean nuclear issue as a low priority.

There’s no telling which of these three viewpoints will be adopted by the Biden administration. One thing that’s clear, however, is that Biden’s choice could be affected by Pyongyang’s actions.

If the North Koreans patiently demonstrate their willingness to negotiate, it could build support for gradual denuclearization, which is currently a minority view. In that case, Biden might appoint a high-ranking figure as coordinator for North Korean affairs, on the model of the “Perry Process” in 1991, and speed up the negotiations.

But if North Korea carries out a nuclear test or a ballistic missile launch, the viewpoints of denuclearization paradigm and strategic patience could gain traction, potentially leading to a reprise of the 2017 crisis. That shows just how critical Pyongyang’s current choice is.

Biden has stressed again and again that he means to communicate closely with South Korea while he works on his North Korean policy. That’s why North Korea needs to exercise restraint and swiftly resume dialogue with the South.

Under the Biden administration, Seoul could be a shortcut to Washington. I sincerely hope that North Korea finds a way to turn things around, grounded in a coolheaded understanding of the current reality.

Chung-in Moon is the co-convener of Asia-Pacific Leadership Network for Nuclear Non-proliferation and Disarmament. As Distinguished University Professor of Yonsei University, he is Special Advisor to the ROK President for Unification, Foreign and Security Affairs, Editor-in-Chief of Global Asia, and Krause Distinguished Fellow, School of Global Policy and Strategy, UCSD. He is a member of the Toda International Research Advisory Council.