Home > Global Outlook > The Rule of Law Under Attack

The Rule of Law Under Attack 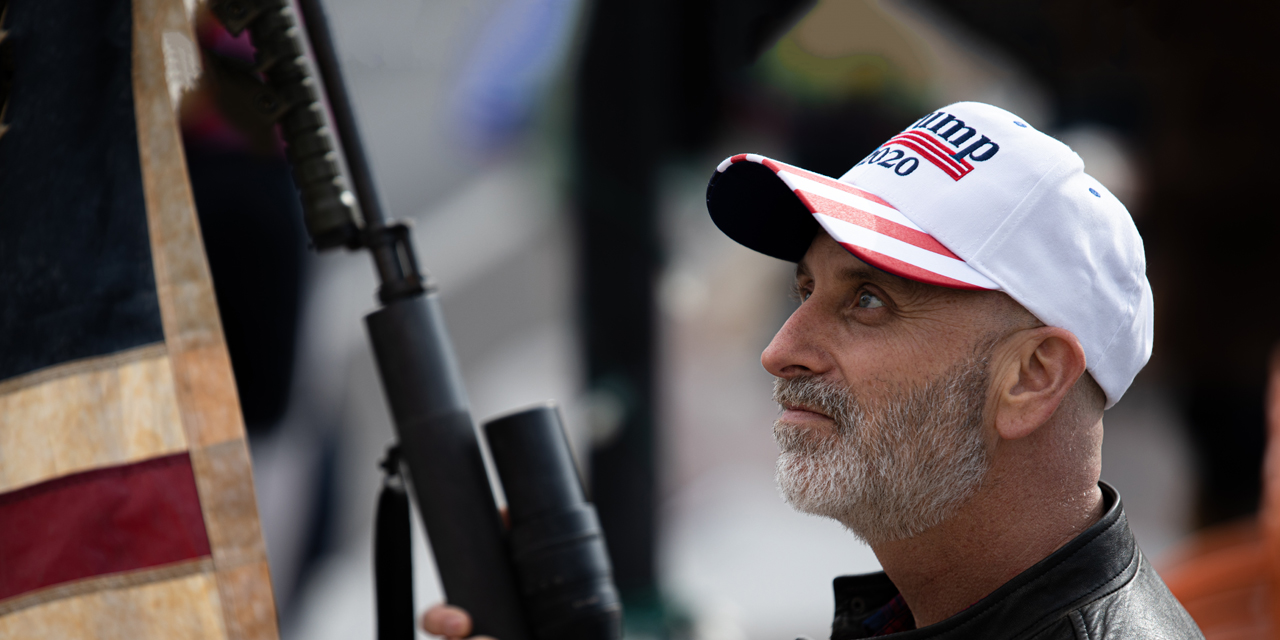 The attack on the Capitol in Washington was not just the result of a president out of control. The legitimate state monopoly on the use of force was never fully recognised in the United States.

"I wish we could say we couldn't see it coming," said President-elect Biden after the assault on the Capitol. "But that's not true, we could see it coming." And former President Obama added, we would be fooling ourselves, if we treated it as a total surprise. The dramatic developments in Washington with the rampage at the Capitol on 6 January were expected, not necessarily on that day. With their assessments, both the former and the new president express that the insurrection and the temporary occupation of Parliament by the mob and the flight of lawmakers was the culmination of a development over the last four years in which president Trump repeatedly incited and trivialized violence. Donald Trump called violent militias "special people." "We love you," he added, even inciting violence himself.

This unprecedentedly irresponsible behaviour by a head of a democratic government is only one cause of the attack. Trump's behaviour is inexcusable - but explicable. The narcissistic president, who always blamed others for his own mistakes, could not concede his electoral defeat. At least as important as this disgraceful behaviour by a president, however, is the fact that the principle of the legitimate state monopoly on the use of force has never been fully recognised in the United States.

The enforcement of law and order and the legitimate state monopoly on the use of force since the end of the Thirty Years' War in Europe almost four centuries ago is a major achievement in civilization. In simple terms, state authorities, the law enforcement agencies, especially the police, the military and the judiciary, protect their citizens. No one should take the law into their own hands and practice self-justice. With the recognition of state monopoly on the use of force, privatization of violence has been abolished. Although this ideal has never been fully implemented in its pure form, in principle it is recognised and accepted by international law. Domestically, there are clear rules and laws that can be called upon and enforced by the police and the judiciary if necessary.

So much for the theory. But what happens when these centuries-old principles are disregarded by the world's most powerful man, the American president? Donald Trump has not only harmed democratic institutions by calling on his fanatical supporters to storm the Capitol. Through his behaviour, his constant lies, his incitement and his call for violence, he has turned the rule of law and the state monopoly on the use of force upside down. The executive, responsible for the security of its citizens, incites its supporters to violence, rather than providing for law and order.

The security forces, the Capitol Police, were insufficiently prepared and under-staffed; the National Guard was requested, but deployed too late and too hesitantly, although the turmoil and violence did not come unexpectedly. Trump's behaviour, as is known from despots and dictators, provided the mob that rampaged the Capitol with the legitimacy to reverse a democratic election and to damage the two chambers of Parliament, both its physicality and its spiritual foundation. Fortunately, this uprising of Trump supporters was quickly quelled and thus proved unsuccessful, because Parliament (not the executive) proved resilient. The democracy withstood the challenge.

But Trump is not solely responsible for the unrest and chaos. In the United States, there exists a very fundamental problem with the recognition of the state monopoly on the use of force. The famous Second Amendment gives US citizens the right to bear arms. Literally it says: "A well regulated Militia, being necessary to the security of a free State, the right of the people to keep and bear Arms, shall not be infringed." Many in the US interpret this constitutional article as an invitation to take the law into their own hands and not to wait for the law enforcement agencies.

In the US, an estimated 400 million firearms—from pistols and revolvers to automatic weapon weapons and other weapons of war—are in the hands of private individuals. That means more than one gun per inhabitant, including children. In many states, guns are allowed to be worn openly. Again and again, gun owners, and not just the ideologically stubborn and misguided National Rifle Association, which also strongly supported Trump's campaign, claim that carrying guns is a constitutional right of the citizens of the United States.

The state is not trusted to guarantee the protection of its citizens. People want to organise their protection themselves and feel responsible for their own security. In doing so, they feel legitimised by the Second Amendment. There is widespread distrust of the state. The conservative dogma that government always does more harm than good is widely accepted. And recent intensified criticism of unlawful behaviour of the police, or even calls to cut police budgets, are an expression of distrust and frustration about biased police action and behaviour. The so-called "deep state" is not only called an evil by conspiracy theorists; in general, there is an aversion to state institutions and regulations in the United States.

So far, the numerous attempts to reduce the flood of weapons, mostly after attacks on politicians or massacres in schools, have all failed. These initiatives have been turned down by majorities in the House and the Senate, and the Republican Party in particular has so prevented a change to the Second Amendment. They have de facto rejected the principle of a legitimate state monopoly on the use of force, a principle unquestioned in large parts of Europe and many other states.

It is rightly assumed that January 6 2021 will go down in US history as a black day. The incoming president, Joe Biden, as is widely emphasised, faces the Herculean task of unifying the divided nation. But that is only part of a necessary agenda. As long as the principle of a monopoly on the use of force by the state is not recognised, populists and demagogues will be tempted to incite their followers to use violence to seize power.