Home > Global Outlook > The Path from Nuclear Prohibition to Disarmament

The Path from Nuclear Prohibition to Disarmament 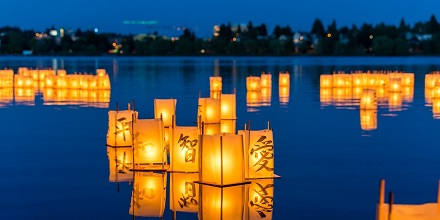 This article was first published in The Strategist on 6 August 2021.

On the 76th anniversary of the atomic bombings of Hiroshima and Nagasaki, for the first time, a global treaty is in force outlawing the bomb. Last month, I completed and dispatched to the publisher an edited book on the nuclear ban treaty (or the Treaty on the Prohibition of Nuclear Weapons, as it’s officially called) with contributions from many familiar people in academia, think tanks, foreign ministries and civil society. A number of recurrent themes run through the 32 chapters.

Not one author questions that the Non-Proliferation Treaty has been a critical pillar of the international security architecture for half a century. There would be seriously damaging consequences were it to collapse. That said, doubts are increasing as to whether the NPT has reached the limits of its potential for advancing the cause of nuclear disarmament. This explains why, despite its proven resilience, the NPT is facing unprecedented pressure. If the possessor and umbrella states are not prepared to give up nuclear weapons, what have the non-nuclear-weapon states got to lose by withdrawing from the NPT? Perhaps more pressingly, is the threat of withdrawal their one remaining effective piece of leverage over the policies of the nuclear-armed states?

Regardless of what one thinks of the NPT’s historical record in underpinning strategic stability, in recent years nuclear risks have grown with heightened geopolitical tensions, additional roles for nuclear weapons, blurred boundaries between nuclear and precision conventional munitions, and expanding frontiers in space, cyber and AI technologies. Moreover, the transformation of the Cold War-era nuclear dyad into interlinked nuclear chains, some of them in geographical theatres of contiguous nuclear-armed rivals, diminishes the relevance of the traditional approaches to managing strategic stability among nuclear-armed states, not to mention the added risks from non-state actors.

As Sverre Lodgaard from the Norwegian Institute of International Affairs puts it: ‘The NPT is in miserable shape, betrayed on the disarmament dimension, stuck in the Middle East and mostly irrelevant to the Asian nuclear-armed states.’

An important motivation for the ban treaty was the stubborn refusal of the five nuclear-weapon states to act on their NPT Article 6 commitment to nuclear disarmament. This background reality is indispensable for understanding the mounting frustrations among the NPT non-nuclear states that gradually turned into anger and a determination to seize control of the nuclear disarmament agenda. The NPT was gravely weakened by this lacklustre implementation of Article 6 and the ban treaty’s new normative standard is an effort to redress the weakness and strengthen the NPT.

Reframing the debate from disarmament as a security issue into a pressing humanitarian concern was critical to the successful conclusion of negotiations. The old paradigm had proven unable to break through what Austrian diplomat Alexander Kmentt calls ‘the wall of the nuclear deterrence dogma’. The reframing of a traditional security debate into a humanitarian discourse had an important precedent in the Ottawa Treaty that banned anti-personnel landmines. An equally important feature of the Ottawa Treaty was the role of a state champion in the carriage of state–civil society partnership to successful conclusion at an international conference or summit.

Thus, the International Campaign to Abolish Nuclear Weapons was to the ban treaty what the International Campaign to Ban Landmines was to the Ottawa Treaty in forging a global coalition of civil society groups and like-minded states. This also facilitated a democratic shift in the nuclear debate, with non-nuclear-weapon states using the UN General Assembly, the central democratic body of the international system, as the site and forum of negotiations and adoption.

The ban treaty impacts those non-nuclear states that have relied on the nuclear-deterrence-based security architecture of the alliance leader’s nuclear weapons. The NPT had camouflaged the underlying hypocrisy of many states in pretending to support nuclear disarmament—just not yet, like St Augustine’s plea on chastity—while hosting nuclear weapons, relying on nuclear deterrence for national security and sheltering under the nuclear umbrella of allies. Yet there’s no legal incompatibility between the ban treaty and the NPT. While the NPT had enabled the umbrella states to fudge the tensions between membership of a nuclear alliance and commitment to nuclear disarmament, the ban treaty has compelled them to confront the hypocrisy head on. This might well explain the ferocity of their opposition: it shows the mirror of their disingenuousness to their own citizenry and they don’t like it.

The nuclear-armed states and umbrella allies have effectively formed a mutual support group that justifies possession of the bomb by pointing to the demands for nuclear-deterrence-based security from the allies. The ban treaty forces the issue: do the nuclear-dependent states intend to continue to shelter under the nuclear umbrella or start behaving like non-nuclear states? In other words, the treaty has the potential to embarrass umbrella states by reopening fundamental domestic debates on the role of nuclear weapons and deterrence strategies. At the same time, says former Canadian disarmament ambassador Paul Meyer, ‘To fold the metaphorical “nuclear umbrella” it will be necessary to convince those sheltering under it that it is safe to come out and to recognise that the umbrella may be more of a danger than a protection’—a nuclear lightning rod more than a repellent.

Former UN under-secretary-general for disarmament Angela Kane argues that the ban treaty has converted a longstanding political aspiration into a legal framework. But the legal obligations of the treaty can’t apply to non-signatories, and the possession of nuclear weapons by nine states didn’t suddenly became illegal with the treaty’s entry into force on 22 January 2021. Equally, however, the claim that a UN-negotiated treaty, following a UN-authorised process and conference, has no implications for the legality and legitimacy of nuclear-weapon possession and practices is also implausible.

Non-signatory possessor states may be placing themselves ‘outside the law’ and the balance of incentives and disincentives for states, individuals and companies has been recalibrated. Punitive consequences could follow in due course, says Joelien Pretorius from South Africa’s University of the Western Cape, if patterns of practice and expectations evolve to give the prohibition the status of customary international law.

Ramesh Thakur, a former UN assistant secretary-general, is emeritus professor at the Australian National University and director of its Centre for Nuclear Non-Proliferation and Disarmament. He is the editor of The nuclear ban treaty: a transformational reframing of the global nuclear order, to be published by Routledge in early 2022.