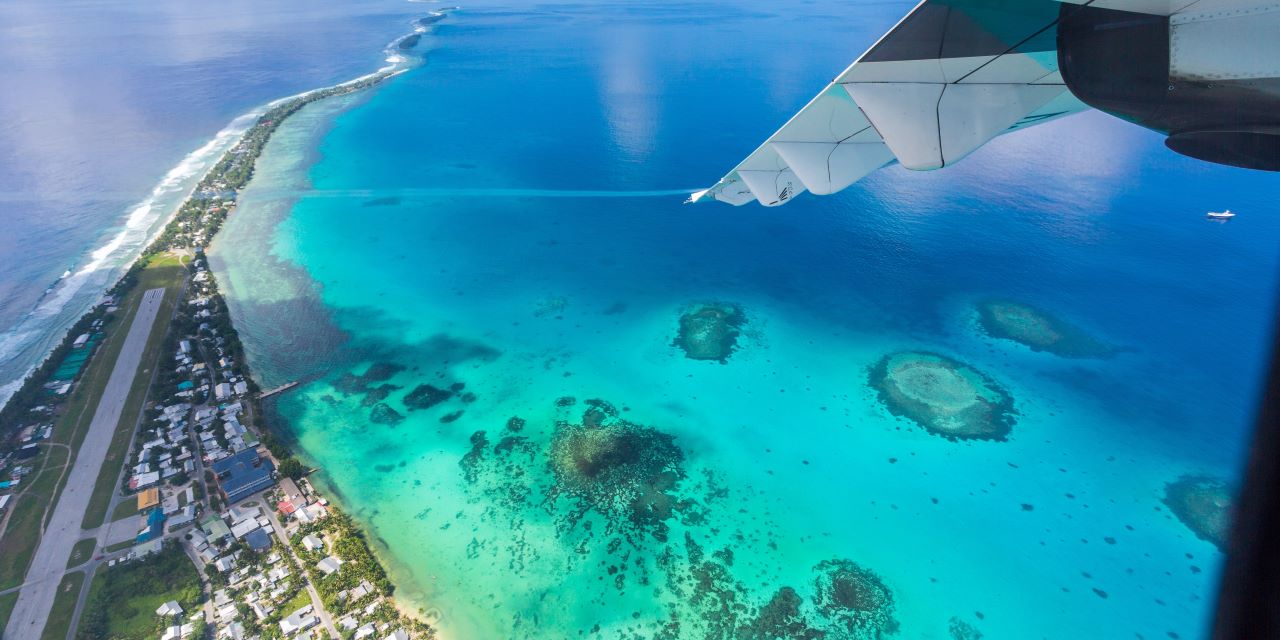 The latest IPCC report on Impacts, Adaptation and Vulnerability shows that the effects of climate change are more severe than previously thought, that the situation will deteriorate globally faster than expected if no decisive action is taken now, and it highlights that low-lying island nations and islands will be hardest hit and be faced with truly existential threats. This is bad news particularly for the Pacific Island Countries (PICs).

Samoa’s Minister for Natural Resources and the Environment Hon. Toeolesulusulu Cedric Schuster in his keynote address to  a webinar about the relevance of the IPCC report for PICs, organised by the Pacific Centre for Climate Change (PCCC) in Samoa, said that global heating above 1.5 degrees will be “catastrophic” for Pacific Islanders. And with current global policies and commitments it will not be possible to keep global warming below 1.5 degrees.

The IPCC report’s chapter on Small Islands details what these catastrophic effects of climate change are for PICs, and the Secretariat of the Pacific Regional Environment Programme (SPREP) and the Australian National University (ANU) have elaborated several fact sheets which summarise the findings. They show that today PICs are already suffering from the negative impacts of climate change and that these impacts will become increasingly devastating with temperatures heading above 1.5 degrees. This applies to water and sanitation (e.g., with increase of saltwater intrusion and freshwater shortages due to sea level rise and increasing risk of flooding, putting water security under threat), settlements and infrastructure (threatened by cyclones, floods, inundation), marine ecosystems and fisheries (with loss of coral and reef structure, ocean temperature rise and acidification, leading to loss of habitat and coastal protection, and decline in fish stocks), health and wellbeing (e.g. through water contamination, heat-related stress and mortality).

The challenges to food security are of particular concern: warming temperatures, floods and droughts, cyclones, saltwater intrusion, damage to food gardens, loss of fish stocks will all put food security and thus livelihood security under pressure.

There are adaptation and response options: planting of mangroves, reforestation, desalination, building seawalls, raising of dwellings and infrastructure, diversification of food crops, harvesting rainwater etc. These response options, however, depend on adequate financing, and the IPCC report identifies serious challenges for small island states in this regard.

Moreover, climate change will lead to the “reduced habitability of small islands.” As a consequence, “climate-related migration is expected to increase” because

in-situ adaptation may not be adequate and relocation (managed retreat) can be an adaptation response (…) However, relocation can be culturally, socially, financially, politically and geographically constrained due to the importance of cultural relationships with traditional, customary or ancestral land. (…) the prospect of migration raises concerns about the loss of cultural identity and local knowledge and practices, which can impact emotional well-being.

This is of particular concern for people in countries which might disappear entirely. Both Hon. Toeolesulusulu and SPREP’s Director General Kosi Latu, during the above mentioned seminar, even stated that climate change could “lead to the loss of entire countries.”

In this context, it is remarkable that the IPCC report gives prominence to the mental health impacts of climate change. In fact, “evidence is growing that resettlement can have impacts on sense of place, identity and social fabric of an individual and their community.” For Pacific Islanders, whose identity revolves around a strong connection to their lands, relocation therefore poses not only economic, political, social and legal challenges, but also, and perhaps more importantly, cultural, mental and spiritual challenges.

One can argue that their place-based ontological security is under threat. This fundamental threat to ontological security deserves particular attention when the PIC-related findings of the IPCC report are assessed from a peace research perspective; and so do the conflict-prone aspects of migration, relocation and displacement. One has to keep in mind that, for example, relocation of climate change affected communities to the lands of other communities (or overseas) can lead to violent conflict between relocatees and recipient communities if not properly managed.

Hence a conclusion which should be drawn from the IPCC report is to pay more attention to the conflictual dimension of impacts, adaptation and vulnerabilities, and plan for conflict-sensitive and peace-supporting adaptation, particularly in view of climate-related relocation in the Pacific region.

Another conclusion that should be drawn is that access to climate finance for PICs has to be given priority. In this context, it has to be remembered that the issue of loss and damage is a core concern for PICs. At the last COP in Glasgow, representatives of PICS were deeply disappointed because no substantial progress was made on the issue. The IPCC report now states that “the methods and mechanisms to assess climate-induced loss and damage remain largely underdeveloped for small islands”.  Accordingly, tasks ahead are: to develop “robust methodologies to infer attribution” so as to be able to assess the economic costs of loss and damage, to establish a loss and damage facility, and to open avenues for compensation.

To conclude: The latest IPCC report is without doubt very useful for the public and policymakers in PICs. But there is definitely one point which needs to be addressed in the future: the directly affected people in the PICs hardly have a voice in the report. At the PCCC webinar mentioned at the beginning of this article, Mark Howden from the Australian National University, a Vice-Chair of IPCC, had to acknowledge that the Pacific was clearly “under-represented” in the authorship of the IPCC report.

This fits with the general observation that indigenous voices are still sidelined in the mainstream climate change discourse.  Indigenous people rightly state: “We are the first to be impacted and the last to be heard.” The mainstream discourse is still narrowly framed by Western scientific approaches. Although increasingly the significance of ‘traditional, indigenous and local knowledge’ about climate change is taken note of, this so far has not been translated into its actual inclusion into the discourse or into IPCC reports (although the latest report for the first time acknowledges this omission and, in some chapters, tries to address it). This gap has to be filled urgently, not only in order to address the problem of the lack of baseline scientific data for PICs, but also in order to give adequate attention to the cultural and spiritual dimension of the effects of climate change, to conflict-sensitivity in adaptation, and to good climate change governance that prevents violence and conflict and preserves the ontological security of Pacific Islanders.