Home > Global Outlook > Sovereignty As Responsibility And The Ban Treaty

Sovereignty As Responsibility And The Ban Treaty 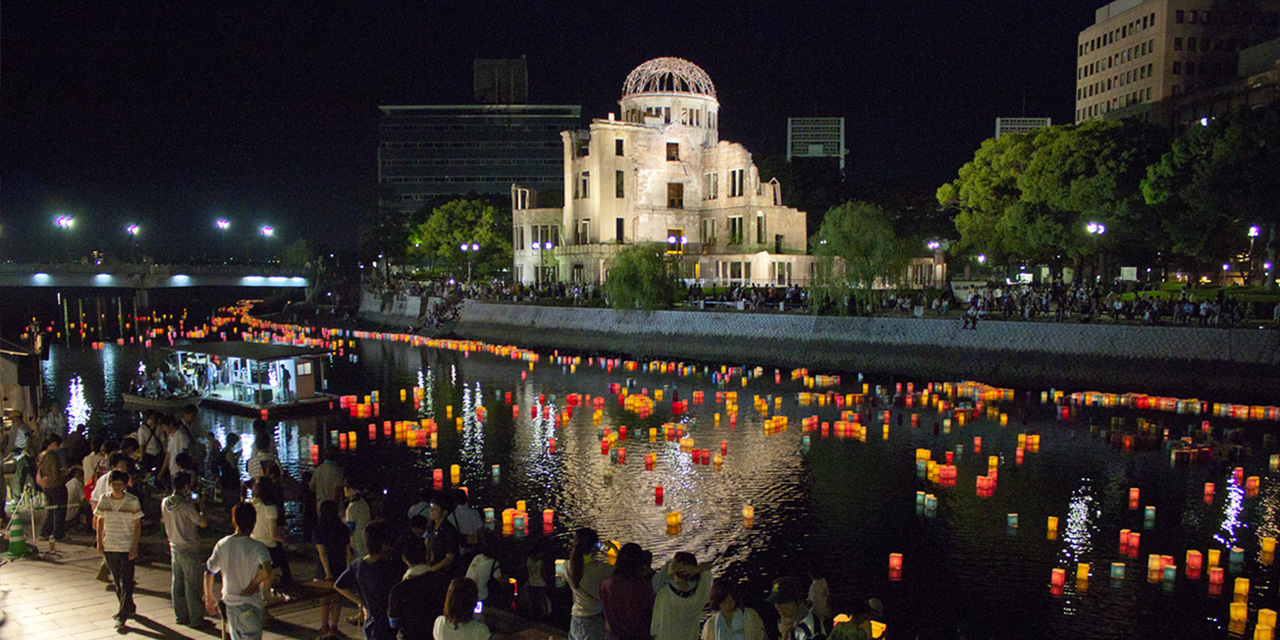 This article is a revised and extended version of an article first published in the Bulletin of Atomic Scientists (22 January 2021) that has its origins in a Toda Peace Institute webinar held on 8 December 2020.

In 1984, President Ronald Reagan noted the nuclear emperor had no clothes: “The only value in our two nations [U.S. and Soviet Union] possessing nuclear weapons is to make sure they will never be used. But then would it not be better to do away with them entirely”? Indeed it would. The Treaty on the Prohibition of Nuclear Weapons (TPNW) tries to do so through a new normative settling point on the ethics, legality and legitimacy of the bomb.

The TPNW entered into force on 22 January, 90 days after the 50th ratification by Honduras and three-and-a-half years after adoption by the United Nations General Assembly. Shortly before the 50th ratification, which triggered the countdown to entry into force of the first legally binding treaty with a comprehensive prohibition of possessing, using, deploying, testing nuclear weapons etc., the Associated Press obtained a copy of a US letter to treaty states parties. Washington described the TPNW as “dangerous” for the continued viability of the Nuclear Non-proliferation Treaty (NPT) as the cornerstone of global non-proliferation efforts, said signatories had made “a strategic error,” and called on them to rescind their ratification.

The letter recognised “the sovereign right” of NPT states parties to accede to the TPNW. The correct response is it’s also their sovereign responsibility. According to Article 6 of the NPT, nuclear disarmament is the responsibility of every state party, not just the five nuclear weapon states (NWS: China, France, Russia, UK, US): “Each of the Parties to the Treaty undertakes to pursue negotiations in good faith on effective measures relating to cessation of the nuclear arms race at an early date and to nuclear disarmament.” In the famous Advisory Opinion delivered on 8 July 1996, the World Court unanimously strengthened the nature of disarmament obligations under Article 6 from a commitment to pursue negotiations, into an obligation “to pursue in good faith and bring to a conclusion” such negotiations.

In the fifty years that the NPT has been in operation since entry into force in 1970, the NWS have in practice brought about a redefinition of Article 6. Not one nuclear warhead has been dismantled nor a single multilateral disarmament negotiation session been convened under NPT auspices. The failure to action Article 6 was accompanied by a subversion of the original NPT bargain. The five NWS quietly transitioned from claiming that the NPT permitted them to possess and deploy nuclear weapons, to behaving as though the NPT entitled them to possess the bomb in perpetuity and legitimised their monopoly status indefinitely. A good example of this “NWS with attitude” syndrome is the derision on open display when, in a speech in London on 11 February 2020, the Trump administration’s top arms control official Chris Ford belittled the arms control community as naive virtue-signallers.

Given this reality, what’s a responsible sovereign NPT state party to do? One option is to exit the NPT as indeed has been suggested by Tom Doyle and also Joelien Pretorius and Tom Sauer. That would certainly kill off the NPT. Instead, the good-faith non-NWS have chosen to make one last stand to complete the NPT Article 6 agenda on nuclear disarmament by means of a supplementary and reinforcing treaty. In a forthcoming Toda Policy Brief, Alexander Kmentt asks two related questions: how can the risks that are inherent and inescapable in nuclear deterrence “be considered a responsible policy? Conversely, if nuclear armed States are apparently trapped in a vicious circle ... what is then the responsibility of non-nuclear weapon States?” (emphasis in original).

To grasp the argument for the ban treaty as an expression of sovereign responsibility by NPT states parties, it’s helpful to refer to the reconceptualisation of sovereignty as responsibility in the context of the Responsibility to Protect (R2P) principle, adopted unanimously at the World Summit at UN headquarters in 2005. This was the largest gathering of world leaders until then. R2P was formulated and adopted as a replacement for the new norm of “humanitarian intervention” proclaimed by NATO leaders to justify the Kosovo war in 1999, that was widely criticised across the non-Western world, for example by the Non-Aligned Movement.

Of course, R2P has itself been very controversial since the UN-authorised and NATO-led intervention in Libya in 2011. But the controversy is limited in the UN community to the manner of—and accountability for—implementation. The principle itself, including the reconceptualisation of sovereignty as responsibility as the normative underpinning, remains almost universally accepted. Some of the key distinctions between the old humanitarian intervention and the new R2P are relevant to the NPT-TPNW differences.

To start with, any norm or law typically can have a permissive (“licence”) and/or a restraining (“leash”) function. With humanitarian intervention, the major powers asserted a right to intervene inside the sovereign borders of other states alleged to be engaged in committing humanitarian atrocities as the enabling attribute of the norm, but without any corresponding obligations or restrictions with respect to who made the decision to intervene, the extent and types of force that could be employed, the duration of the intervention, and what they could and could not do as intervening powers. By contrast R2P requires Security Council authorisation for any international intervention for human protection and imposes the new normative framework on all states.

With the NPT, the NWS have similarly asserted their right, as the five permanent members of the UN Security Council (P5), to enforce non-proliferation obligations on all other non-NWS. In 1998 they even did this with sanctions on India and Pakistan, that never signed the NPT, because they had allegedly violated the global norm against nuclear proliferation with their nuclear tests. But the NWS have steadfastly rejected any binding obligations under Article 6 to begin and complete their own nuclear disarmament. The TPNW moves beyond the NPT in imposing legally binding requirements to disarm and cease and desist from all nuclear-weapon-related activities on all states parties.

Second, humanitarian intervention attempted to redefine the relationship between the intervening powers and the countries that were the objects of their use of military force. In insisting they had the right to such unilateral intervention, they forcefully rejected any role for the UN as the representative of the international community to govern their actions. In complete contrast, R2P redefined the relationship between any individual state, on the one hand, and the UN as the agent and site of the international community, on the other. But R2P leaves untouched the relationship between states directly. Thus, while humanitarian intervention is a violation of national sovereignty, R2P amounts to a temporary suspension of the exercise of the functions of sovereignty without violating the principle of state sovereignty.

Again, the TPNW is remarkably analogous. Every state party has a legal duty and all states have a moral responsibility to promote nuclear disarmament. After fifty years of NPT operation, the NWS have manifestly failed to acquit their responsibility to disarm. Their insistence that nuclear disarmament is a matter solely for them in negotiations with one another, and others have neither voice nor vote on it, is akin to the major powers asserting a right to unilateral intervention with no regulatory role for the UN. Moreover, a nuclear war would be an atrocity on an unimaginable mass scale. No state individually, nor the international system collectively, has the capacity to cope with the humanitarian consequences of such a catastrophic event.

Consequently, as part of its responsibility to protect all life and lives, the international community acting through the UN is fully justified in adopting a new treaty to ban nuclear weapons and associated activities. In the language of the humanitarian consequences initiative that led to the TPNW, it is in the interests of the very survival of humanity that nuclear weapons are never used again, and the only guarantee of non-use is no-possession by anyone. Of course, the Ban Treaty cannot impose legal obligations on non-parties, including all nine bomb-possessing states and their allies sheltering under the nuclear umbrella. But it will reorder the envelope of humanitarian laws, norms, practices, and discourse on nuclear weapons.

The TPNW could have one other unintended but significant consequence. While the P5-controlled Security Council is the geopolitical cockpit of world order, the General Assembly is the normative centre of gravity owing to universal membership. In practice this translates into a norm and standard-setting division of responsibility for the General Assembly and enforcement role for the Security Council. Once the international community has successfully stigmatised nuclear-weapon possessors, how can the P5 continue to function as the enforcement authority on nuclear issues? As there is no other body that can lawfully and legitimately substitute for the Security Council on this function, what will fill the enforcement gap with regards to nuclear threats to international peace and security?