QAnon and Mass Digital Radicalisation: Peacebuilding and the American Insurgency 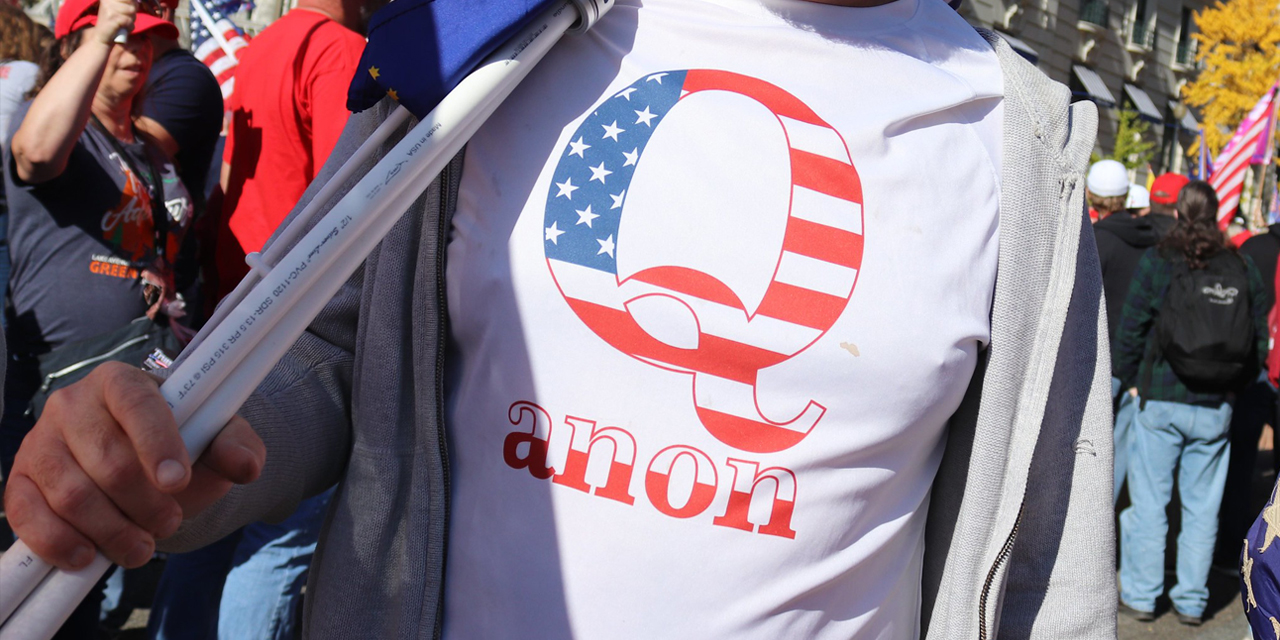 US-based right-wing extremists harnessed social media platforms to spread disinformation, to recruit new members, to plan a siege on the US Capitol building, and to fuel the flames of hate and division in the US. Even before the January 6 siege on the US Capitol,  counterterrorism and counterinsurgency experts have been describing the “mass radicalisation” of Americans via social media-driven conspiracies. According to a Reuters poll, 13% of the US population supported the siege.

Social media is not solely responsible for the January 6 siege. Diverse factors are fueling the new American insurgency, including extremist talk radio, a divisive President, and perceived threats to white supremacy. All of these factors have been fermenting in American society for decades. Social media amplified rather than generated the problems.

The social media followers of one right-wing conspiracy, QAnon, appear to be the leaders of the siege on the US Capitol Building on January 6. As of September 2020, nearly 60% of Republicans reportedly believed in QAnon, including newly elected members of Congress. In August, the Wall Street Journal reported that the first five months of the Covid-19 pandemic saw a 600% increase in membership in the ten largest QAnon Facebook groups.

Peacebuilding in the US will require addressing the whole range of issues driving violent insurgents. An analysis of the new phenomenon of QAnon and the role of social media in mass digital radicalisation is necessary to find a solution to this quagmire.

Social media conspiracies begin with attacks on the “mainstream media”

A public without a trusted source of information is easy to manipulate. False conspiracies thrive with public confusion. If people do not know what is true and what is not true, they are primed to embrace a source proclaiming they are the purveyor of truth. Efforts to undermine democracy and multiculturalism require delegitimising news media as a first step.

Talk radio host Rush Limbaugh is the grandfather of Trumpism. Limbaugh delegitimised facts when he told his followers “the Four Corners of Deceit” were government, academia, science, and media. Creating this distrust is how both Trump and QAnon gained loyal followers and control the public.

While news journalists were exposing Trump’s character, corruption and incompetence, the President launched daily attacks on the news media, playing the victim to what he called “fake news.” Trump followers were primed to look for “alternative facts”.  In 2017, QAnon replaced the “mainstream media” with a right-wing explanation for just about everything.

Even before the January 6 siege, the FBI classified QAnon conspiracy theorists as “extremists” and a potential domestic terror threat. “Q”, supposedly a high-ranking government insider with a link to intelligence, says Trump will save humanity from the “deep state”, a corrupt global network of Satan-worshiping paedophiles, led by Democrats, who control politics and “the mainstream media.” Regularly comparing Trump to Jesus, Q’s narrative centres on an evil “cabal” of Democrats, Jews, and Hollywood elites who supposedly kill babies and drink their blood to prevent aging.

Q posts “breadcrumbs” on social media leading people to “critical thinking.” By mixing shreds of truth with xenophobic lies, Anons discredit news journalists. Manipulated Q videos reenergise old antisemitic falsehoods and blame the cabal for Covid-19, global migration, sex abuse, human trafficking, baby killing, and many other issues. Q predicts “the Storm” of mass arrests of those running the paedophilia network, and “the Great Awakening” when the population will all come to believe in Q.

“Anons” are Q’s followers who are warmly welcomed to QAnon groups and reward each other with “likes” and affirmations. Within the ecology of violent extremism, these personal drivers of isolation and confusion seem to have an even larger role during the pandemic with its social distancing and lockdowns.

Social media is impacting conflict and democracy in countries around the world in a “techtonic shift.” The profit models and algorithms of social media platforms seem to be increasing polarisation and undermining democracy in the US by amplifying false extremist conspiracies.

Platforms have a profit incentive to show users more QAnon material to keep people on the platforms longer in order to deliver consumers to advertisers. Algorithms amplify QAnon material, accurately predicting that it would garner user’s attention.

When warned that QAnon was radicalising mass numbers of people, tech companies claimed “freedom of speech.” But rights activists point out there is no such thing as “freedom of reach” to amplify false and inflammatory material.

In the days following the siege, Facebook and Twitter deplatformed Trump and took down tens of thousands of QAnon accounts. The decision came after years of ignoring human rights and democracy activists warnings.

While deplatforming may help prevent future social media harms, it does nothing to dismantle or deprogramme the cult conspiracies’ followers. Millions have already migrated to smaller social media platforms that have less regulation.

A Peacebuilding Response to QAnon and Social Media’s Mass Radicalisation

US peacebuilders face a daunting challenge in the years ahead. The insurgency has been brewing for years, and now seems to be gathering the popular support it needs for sustained attacks on US democracy and human lives. For peacebuilders, moving Americans out of the fog of conspiracies and falsehoods will be a new task.

First, people are more likely to embrace conspiracies in times of rapid global change, as such stories help us make sense of the world. Blending political and psychological analysis, peacebuilders can weave new narratives, with digital folklore, peace memes and meta-stories that inspire confidence in humanity, belonging, and dignity for all.

Second, peacebuilders can choose to view the insurgency as a backlash against American multicultural progress rather than a failure of democracy. In the words of Anand Giridharadas, “backlash is not the engine of history. It is the revolt against the engine.” Americans elected our first woman Vice President of Indian and Jamaican heritage, along with two new Jewish and African American senators from Georgia, historically the centre of the slave trade. The Black Lives Matter protests were the largest social justice protests in history. In 2020, Americans voted and protested like never before. Americans have found people power.

And finally, in the midst of a pandemic and the time it affords for reflection, the US is having a national conversation about white supremacy, the climate crisis, and the fragility of our consumption-based economy. The pandemic has shown us we can change and adapt; lessons essential to dispelling QAnon’s fear mongering and anxiety. 2020 was a hard year. But it included a remarkable story of American innovation and imagination contributing to a Covid vaccine, a peaceful election, new attention to the climate crisis, and recognition that we heal the wounds of history by exposing them to the light.

Lisa Schirch is Senior Research Fellow for the Toda Peace Institute and a Senior Fellow with the Alliance for Peacebuilding and Visiting Scholar at George Mason University’s School for Conflict Analysis and Resolution. Schirch is the author of ten books and numerous peer-reviewed chapters and journal articles. In 2018, Dr. Schirch published an edited book on The Ecology of Violent Extremism which builds on her previous work to explore tech-assisted dialogue and coordination to improve state-society relationships and social cohesion.