Home > Global Outlook > Putin’s Actions in Ukraine are Vile, But Russia was Sorely Provoked by NATO

Putin’s Actions in Ukraine are Vile, But Russia was Sorely Provoked by NATO 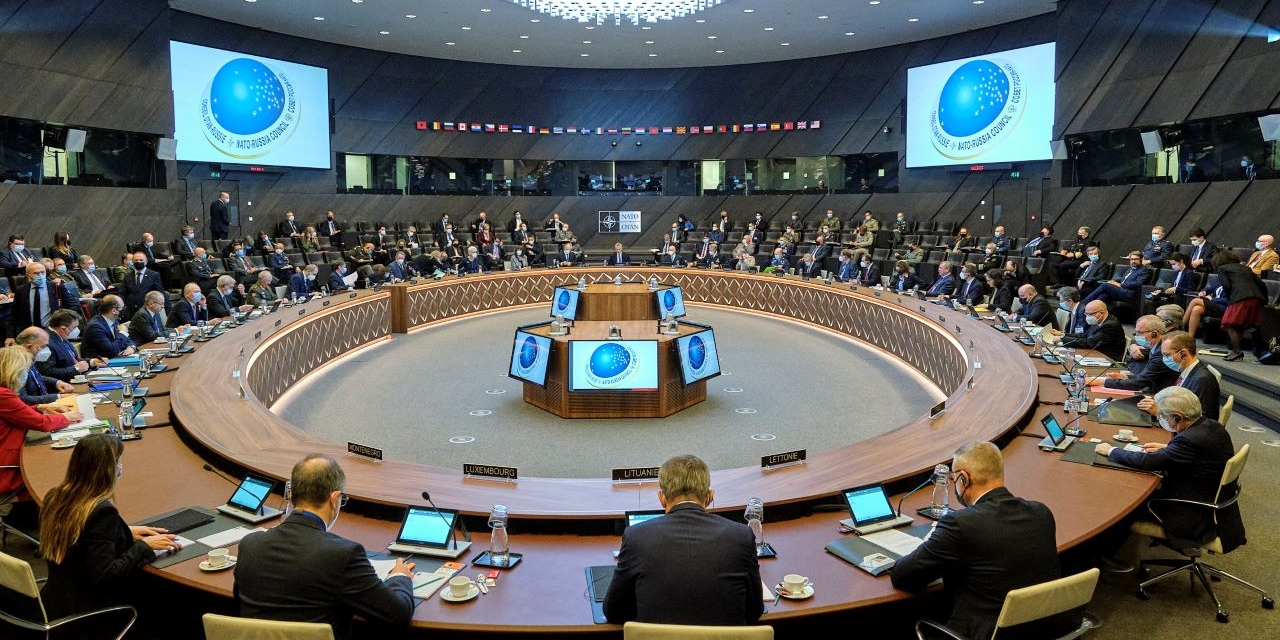 Resorting to what President Barack Obama called the Washington Playbook of militarised response to a foreign policy crisis, Arta Moeini writes, the ruling elites in the West collude with the mainstream media in a Manichean framing that ‘redirects a natural reaction of sympathy felt by all into a moral outrage that insists on certain retaliation’. This doesn’t just enable, it ennobles the American war machine. For this to work, though, one’s own culpability in creating the crisis in the first place must be forcefully rejected.

On 12 March, Janet Daley, a regular columnist with The Daily Telegraph (UK), wrote: ‘On every level, the lie that Nato is to blame for this war is absurd’. On 3 March, similarly, The Australian columnist Henry Ergas insisted: ‘NATO was no trigger for Putin’s invasion of Ukraine’. While such rejections might be a soothing salve to Western conscience that has been strongly stirred by the heroic defiance from Ukraine, led unexpectedly by their president, it is entirely false.

First, let’s begin with the simple observation that great powers rise and fall as part of the arc of history. Spain, Portugal, Italy and the Netherlands are former European colonial powers that are no longer among the ranks of major powers. The same is true of Japan in the Pacific. Second, inevitably, territorial borders undergo continual readjustments to reflect the changing identity of major powers and their relative balance vis-à-vis one another. Third, part of this process includes the imposition of unjust terms by victors on the vanquished in unequal treaties concluded at the moment of maximum power disparity when the vanquished are in no position to challenge the diktats of the triumphalist winners of a just concluded conflict.

It’s now widely accepted that the Versailles settlement imposed on Germany after the First World War was self-defeatingly harsh and punitive. On the one hand, it built up a mounting sense of grievance among Germans about the European order constructed around the settlement and facilitated the rise to power of Hitler who was determined to overthrow that order. Historians making this argument are not vilified as Hitler apologists: it’s possible both to be critical of the Versailles diktat and to feel repugnance at the deeds of Nazi Germany. On the other hand, it weakened the resolve among allied publics to defend the Versailles settlement because they too came to think of it as fundamentally unjust. As defeated or otherwise weakened great powers regain confidence and rebuild their country, they will attempt to renegotiate the unequal treaties failing which, they will attempt to break out and if that is resisted, another war may result.

In this context a cable sent home by William Burns, the US ambassador to Russia, on 1 February 2008 is powerfully instructive. Burns’ final sentence was: ‘While Russian opposition to the first round of NATO enlargement in the mid-1990s was strong, Russia now feels itself able to respond more forcefully to what it perceives as actions contrary to its national interests’. I will return to this cable but first, a brief overview of the history of that earlier strong Russian opposition to NATO’s continual eastwards expansion.

Pavel Palazhchenko was a high-level Soviet conference interpreter and the chief English interpreter for Mikhail Gorbachev and Foreign Minister Eduard Shevardnadze from 1985–91. In chapter 19 of My Years with Gorbachev and Shevardnadze: The Memoir of a Soviet Interpreter (1997), he discusses the controversy over NATO enlargement. He explains that Gorbachev clarified that Secretary of State James Baker’s much-cited 1990 remark, that NATO would not expand even one inch eastward, was made ‘exclusively in connection with the unification of Germany’. However, Gorbachev added, NATO enlargement after he vacated the presidency: ‘Without a doubt ... violated the spirit of the agreements reached during the Germany’s unification’. Nor was it only the Americans. Documents from the US National Security Archive were published in 2017 with the title: ‘Declassified documents show security assurances against NATO expansion to Soviet leaders from Baker, Bush, Genscher, Kohl, Gates, Mitterrand, Thatcher, Hurd, Major, and Woerner’.

Now let’s get back to the 2008 cable from Ambassador Burns (who is the current CIA director). One of the most famous diplomatic cables in diplomatic history is George Kennan’s ‘long telegram’ of 22 February 1946 that analysed post-war changes in the Soviet Union and articulated the kernel of the containment doctrine. When WikiLeaks published the extensive tranche of classified US diplomatic cables, two surprises for many non-specialist readers were the sophistication of the political analysis and the literary quality of some of the writing. The first attribute is certainly true of Burns’ cable. It communicated, with great clarity and even a sense of urgency, four key points.

First, NATO enlargement, to include Ukraine in particular, was ‘an emotional and neuralgic’ issue for Russians. Second, Moscow’s opposition was based also on strategic considerations, including ‘fears that the issue could potentially split the country in two, leading to violence or even, some claim, civil war, which would force Russia to decide whether to intervene’. Third, Foreign Minister Sergey Lavrov and other senior officials had reiterated their ‘strong opposition, stressing that Russia would view further eastward expansion as a potential military threat’. In this context they clarified that Western statements about the benign and defensive nature of NATO were not enough to offset security concerns caused by recent NATO military activities that ‘had to be evaluated not by stated intentions but by potential’. Moscow perceived ‘strategic encirclement’ and ‘efforts to undermine Russia’s influence in the region’ and also held fears about the ‘unpredictable and uncontrolled consequences which would seriously affect Russian security interests’. And fourth, Burns noted concerns from some independent experts that Ukraine’s quest for NATO membership was part of the domestic power struggle and Washington should be cautious about letting this complicate Russia–US relations. Yet, two months later, on 3 April, the Bucharest Summit Declaration affirmed that Ukraine and Georgia ‘will become members of NATO’.

Press accounts at the time recorded the shockwaves from Putin’s address to the Munich Security Conference in February 2007, when he accused the West of forgetting and breaking assurances on no eastward expansion for NATO. When Putin announced the launch of military actions in Ukraine in an address to the nation on 24 February, he began by highlighting the threat posed by ‘the eastward expansion of NATO, which is moving its military infrastructure ever closer to the Russian border’. Thus, the problem was never lack of warnings from Russia, but rather an addiction to its own delusions by the US that either Russia wasn’t serious in its opposition, or else that it could be safely ignored because there’s nothing it could do about it. In an interview with The Atlantic in March 2019, Burns related how Putin had told him back in 2005: ‘You Americans need to listen more’.

More than an academic debate among historians, this highlights the policy dangers arising from wilful disregard for major-power rivals’ strategic worldviews. Failure to course correct will feed the continued disregard by the leading Western powers of other major powers’ legitimate security interests. In particular, it could pave the way for yet another, possibly even more dangerous, armed conflict with China.

Ramesh Thakur, a former UN assistant secretary-general, is emeritus professor at the Australian National University, Senior Research Fellow at the Toda Peace Institute, and Fellow of the Australian Institute of International Affairs. He is the editor of The nuclear ban treaty: a transformational reframing of the global nuclear order.