Home > Global Outlook > Putin may be Executing the NATO Playbook from 1999, not Hitler’s from the 1930s

Putin may be Executing the NATO Playbook from 1999, not Hitler’s from the 1930s 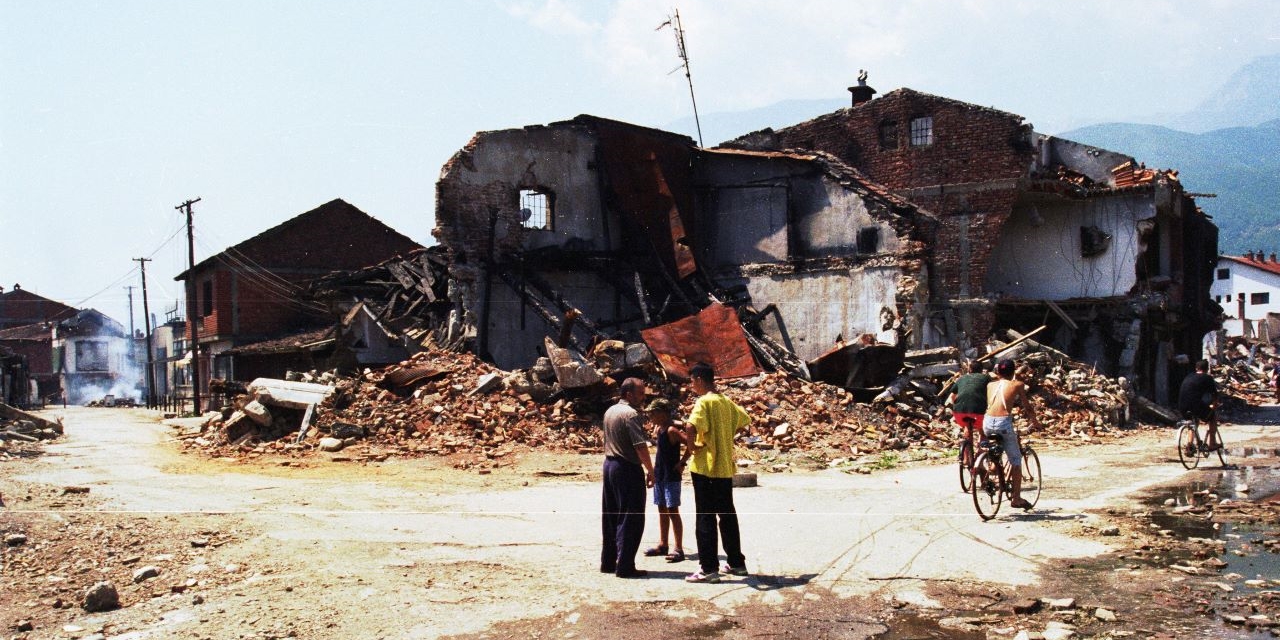 There are two competing narratives about Russia’s push into Ukraine. One holds that President Vladimir Putin has adopted Hitler’s playbook over Sudetenland and failing to check his aggression will fall into the trap of the appeasement at Munich in 1938. The alternative holds that Putin is executing the NATO playbook in Kosovo in 1999.

In an op-ed in The Wall Street Journal on 22 February, William Galston criticised the liberal conceit that ‘the use of force is no longer necessary to settle disputes between nations’. Instead, Russian aggression in Ukraine proves that ‘force is a permanent feature of international relations.’ Western democracies must acknowledge this abiding reality and restructure their foreign and defence policies accordingly. He could easily have turned that thesis inward to ask: Has Putin concluded from the history of US interventions since the end of the Cold war that ‘force is a permanent feature of international relations’ and Russia must readjust to this age-old reality? The same idea was expressed much more elegantly by Thucydides in his History of the Peloponnesian War: ‘The strong do what they can and the weak suffer what they must.’

Wesley Clark, NATO Supreme Allied Commander, Europe (1997–2000), published an op-ed in USA Today on 21 February with advice on how NATO should respond to Russia’s threat to the world, not just to Ukraine. Negatively, he rules out giving Putin a veto over NATO policies, membership and deployments in Eastern Europe. Positively, NATO should be strengthened and Russia should be punished with sanctions. But Clark, the top general commanding the NATO military intervention against Serbia in support of the breakaway province of Kosovo in 1999, was entirely silent on the lessons Russia learnt from that event. On 22 February, UN Secretary-General António Guterres condemned Russia’s actions in recognising the independence of Donetsk and Lahansk as ‘a unilateral measure’ that conflicts directly with the principles of the Charter of the United Nations’ and is ‘a violation of the territorial integrity and sovereignty of Ukraine’. Guterres was Prime Minister of Portugal, a NATO member, in 1999.

Kosovo wanted to separate from Serbia and NATO bombed the latter intensively for 78 days while a geographically and demographically shrunken, economically impoverished, militarily weakened and diplomatically humiliated Russia watched helplessly from the sidelines consumed by impotent rage. NATO used the dramatically altered balance of power to incorporate additional members that expanded its military footprint closer and closer to Russia’s borders, contrary to repeated undertakings given to Mikhail Gorbachev as a condition of Russia’s acquiescence to the terms of the post-Cold War settlement. This included NATO intervention in Kosovo in 1999 and culminated with the US-backed overthrow of the pro-Russian but democratically elected Ukrainian president in the 2014 Maidan coup. Since then, the relative power equation has changed again with a chastened West having failed to secure lasting political objectives with a string of military adventures abroad, a rising China becoming increasingly assertive befitting its steady ascent up the power ladder, and Western societies convulsed from within with obsessions over historical guilt, identity politics and correct pronouns.

NATO emerged from the Cold War with its putative enemy defeated and the raison d’être for its existence no longer relevant. In a search for new monsters abroad to slay it kept intruding deeper into Russia’s security buffers. The US Senate ratified the decision to enlarge NATO in May 1998. The New York Times columnist Tom Friedman called George Kennan, the architect of the Cold War containment doctrine, to seek his opinion. ‘I think it is the beginning of a new cold war’, Kennan said. ‘Of course, there is going to be a bad reaction from Russia, and then [the NATO expanders] will say that we always told you that is how the Russians are — but this is just wrong’. Peter Hitchens is a British columnist who reported from Moscow in the heady days of the collapse of the Soviet Union. He wrote on 23 February: ‘‘We had the chance to make [Russia] an ally, friend and partner. Instead, we turned her into an enemy by insulting a great and proud country with greed, unearned superiority, cynicism, contempt and mistrust’. Even President Barack Obama bemoaned the Washington playbook of militarised responses to foreign policy crises but the same old national security establishment is back in power.

What does it say about Western leaders’ and analysts’ naivety that they should be shocked at the drive by Putin, who asserts the historical unity of Russians and Ukrainians, to unravel the post-Cold War order that humiliated Russia? To be sure, some brave Russian intellectuals have signed a petition to avoid an ‘immoral, irresponsible and criminal’ war in Ukraine. The brutal reality is NATO played hardball, won in the short term but now finds itself at the receiving end as Putin decides it’s payback time. As Shylock says in Shakespeare’s Merchant of Venice, ‘The villainy you teach me, I will execute, and it shall go hard but I will better the instruction’. Nor can they complain Russia didn’t warn them. In 1999 Russia protested in the UN Security Council with impotent rage. Its top UN ambassador at the time was Sergei Lavrov. In 2014 both Lavrov and Putin repeatedly referenced what NATO had done in Kosovo fifteen years earlier as providing the justification for their comparable action in the Crimea. Saying ‘we remember 1999 very well’, Putin mocked Western criticism that Russia’s annexation of Crimea was illegal (which it was): ‘it’s a good thing that they at least remember that there exists such a thing as international law’. A surprising number of Westerners seem to take it as a birthright that they and only they have the right to determine which sub-unit may secede unilaterally from an existing country and which external powers have a right to help it militarily in the endeavour.

In addition to asserting an essential equivalence in principle, Russia also has tangible interests tied up in Ukraine. A hostile Ukraine tied economically to the EU and militarily to NATO could at some indeterminate time pose an existential threat to Russia. Whereas, a pro-Moscow Ukraine may be unwelcome to Westerners but is not an existential threat. Putin’s willingness to take risks reflects this imbalance of stakes. However, even short of an existential threat, a Russianised Ukraine will transform the European order by injecting an unpredictable dynamic, with no stable geopolitical lines as existed during the Cold War and a Beijing-Moscow axis that is far more formidable than anything confronting the West in the earlier era.

The biggest lesson of all from the shifting strands of pan-European arrangements and realignments since the Cold war is that Putin would do well to remember: When you are in the ascendant in the geopolitical great game, it pays to temper triumphalism with a generosity of spirit towards the Other.