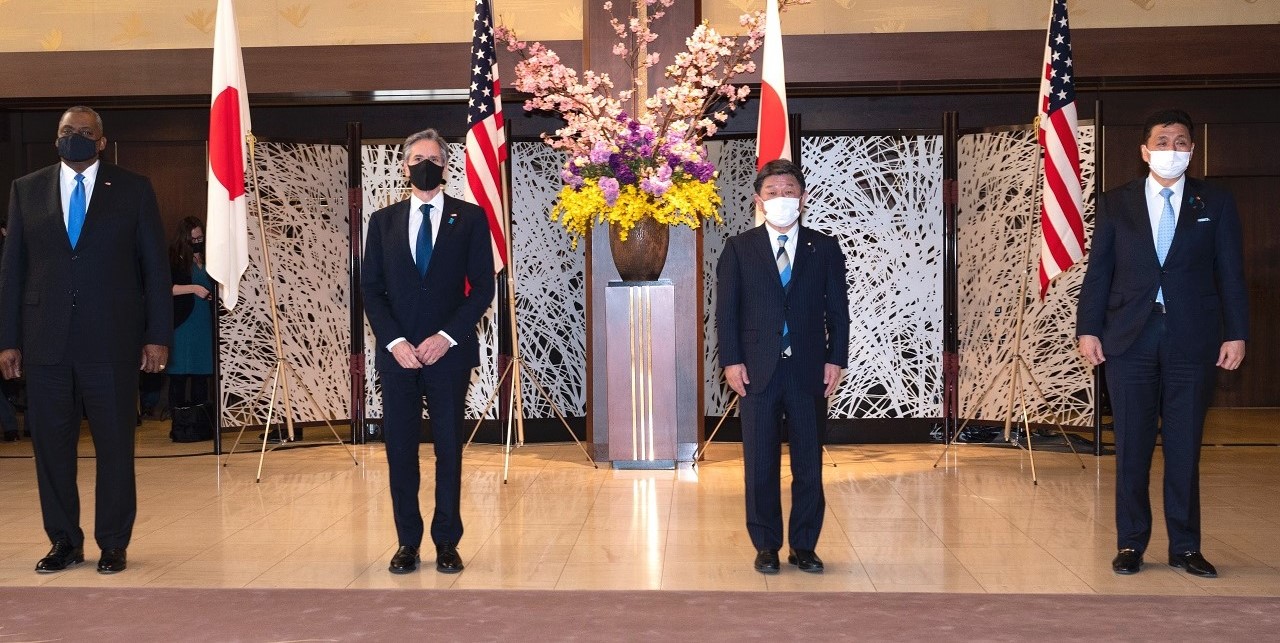 President Trump’s confrontational “Make America Great Again” foreign policy put the United States and its allies on a collision course with each other and with China. It focused far too much diplomatic and public attention on US-China competition and eroded the liberal world order by creating a situation whereby the US itself began questioning its value. It also gave little support to nations and allies interested in finding inclusive solutions to tackle global problems by pitching countries as “for” or “against” major powers. In short, it did little for the advancement of our common interests and generated high levels of mistrust and unpredictability.

The Trump administration was high on photo opportunities (e.g the North Korea-US Summits) but low on concrete achievements. His unilateral trade war with China, for example, left US friends and allies in the region forced to rethink and recalibrate bilateral trade links with China. All of China’s trading partners were forced to make some invidious political choices as they weighed China’s human rights record versus their economic dependence; the overall result has been a general strengthening rather than weakening of Chinese economic, political and military power over the last four years.

Trump’s unorthodox and unpredictable foreign policy meant that most countries in Australasia, East and South East Asia, have had to engage in largely reactive rather than pro-active diplomacy – to preserve what they could of their US relationship while not wanting to further aggravate their China relationships. Nowhere was this clearer than in North East Asia, where Trump’s policies effectively undermined the US’s alliances with Japan and South Korea. Trump’s open contempt for the Obama era “pivot to Asia”, and refusal to be counselled by Prime Minister Abe on the central importance of the Japan-US Security Treaty, served to weaken Washington’s standing in the international community. The only Northeast Asian nation that was happy with Trump’s muscular stance on China was Taiwan.

There was also little or no awareness of the slowly diverging interests of Japan, Korea and Taiwan under the Trump administration. This has meant that all countries within North East Asia have had to develop more independent national, regional and global strategies of their own in order to adjust to Trump’s “US first” nationalism and  the political and security vacuums created by a lack of coherent US policy and leadership across the region.

When Seoul and Tokyo realised that the US was not a dependable partner under the Trump regime, both scrambled to define new diplomatic roles for themselves and assume some regional leadership of their own. This has resulted in some interesting shifts in the regional balance of power. China remains in the ascendent, the Republic of Korea has moved closer to China and bilateral Korean-Japan relations have been deteriorating for the last four years.

Japan, for example, thinks that Korea is critical of the US, is pro-North Korea and anti-Japan. Korea, in turn remains nonplussed about how to break Tokyo’s antagonism and develop more cordial relationships. One of the results of this, and anxiety about North Korea and China, is that Japan has been forced (perhaps for the first time in post-war history) to begin defining a new, slightly more independent role for itself in the Asia-Pacific region. While the US-Japan security relationship remains central to Japanese foreign policy, the Japanese Government has begun quietly assuming the burden of advancing and maintaining a liberal trading and political order in North East Asia; it is also worthwhile noting that Tokyo has been more pro-active than Washington in supporting key regional and multilateral organisations considered important to its own national interests.

When Trump withdrew from the Trans-Pacific Partnership, for example, it was Japan that salvaged the deal. Prime Minister Abe kept all the other remaining members within it and renamed it the Comprehensive and Progressive Agreement for Trans-Pacific Partnership (CPTPP). This is a critical building block for the so-called Asian Century. The United Kingdom has applied to join the Partnership and President Biden has also signalled a willingness to re-join but he will be doing so on Japanese, rather than US, terms.

Japan has also stepped in to fill the economic gap created by the US’s gradual retrenchment from Asia. Notably, it has stepped up its economic assistance to Southeast Asia and the South Pacific at more than double the rate of China, earning Japan a reputation amongst ASEAN members for being “friendly” and “reliable”.

But perhaps its most important and independent initiative (with the support of India, the United States and Australia) was the development of the Free and Open Indo-Pacific Vision and the Quad meetings. While this idea started in 2007 as Japan’s effort to promote an “Asian Arc of Democracy”, it soon assumed a strong security dimension. Prime Minister Abe reactivated the Quadrilateral idea in 2017 and it has started to complement or, in some Japanese policy makers minds, replace old Cold War security arrangements. China sees the Quad as an effort to contain China—which it does—but it also represents a framework within which both India and Japan can take Asian leadership roles in the protection of “the liberal democratic order” rather than just leaving this to the US. We can query whether Japan and India are the best examples of liberal democracy, but there is no doubt about their commitment to democratic values. This has led some commentators to take the view that since the election of Donald Trump, the democratic and true “liberal” leader in Asia is not the US, but Japan.

If this is so, then we have to ask why Australia, New Zealand and other countries have not dedicated more effort to publicly support and deepen links with Japan, Taiwan and South Korea over the past four years, rather than being focussed solely on China’s rapid ascendency? If we had given as much attention to Japan, Korea, Taiwan and India as we have to China, Australasian policy makers would have a much better appreciation of the diverse interests, needs and fears of North East and South Asia. There are many Japanese, for example, who feel that Japan is too economically dependent on China, and too security dependent on the United States. This is the moment, therefore, for Japan’s allies and like-minded countries to nurture and encourage small steps toward a more independent foreign policy and for fresh thinking about how to guarantee regional security in the post-Cold War 21st century.

President Biden said recently “The Biden foreign policy agenda will place the United States back at the head of the table, in a position to work with its allies and partners to mobilize collective action on global threats”.  It would be more constructive, however, if the US could exercise a bit of humility and do its bit as an equal partner at a round table if it wishes to learn from its neglected allies and develop cooperative rather than competitive relationships in Asia, acknowledging that the real heavy lifting on China will be done by North East Asian countries in collaboration with the US. In that regard, we all have much to learn from Japan.

If Japan is now willing to assume more of a leadership role in the region, (which is a little problematic as there will be some within the Japanese Foreign Ministry who will want to return to Pre-Trumpian “normal relationships with the US” and being the US’ most compliant ally in the region) it is vital that the US, Australia, India, Canada and New Zealand acknowledge and reinforce Japan’s emerging leadership role alongside the “return” of the US under President Biden. This is a moment in Asia-Pacific history when we need fresh thinking about how to build trust, confidence and conflict resolution mechanisms throughout the region. It's a moment for the US and other “western nations” in the region to listen to what the region is saying to us, and it's a moment to reverse the Trumpian desire for absolute US political dominance. No amount of US strategizing is going to stop China’s rise; and worse, it risks pushing us towards a military conflict. This is a moment for equal partnerships with our Asian neighbours as we all try to figure out how to bring peace and stability to Asia in the 21st century. In particular, it is important that the Quad does not become another “Cold War” arrangement for containing China. Its vision of a rules-based world order should be complemented by the development of regional security mechanisms for preventive diplomacy, conflict prevention and collaborative problem solving.

It might be that the hitherto US-led liberal world order has to change. But  it is equally important that China change as well as no-one wishes to be led by an authoritarian Chinese Communist Party agenda. Our Asian partners have been juggling this reality for many, many years. Let’s start listening to them and working together – rather than continuing to be pulled into “for” and “against” camps. Foreign policy is not and should not be zero-sum. If Japan can build on its post war “Pacifist”  traditions there is no reason why Japan should not be an active bridge between West and East, building mutual understanding and working out ways in which grievances between states in the region can be negotiated and settled non-violently.

Kevin P. Clements is Director of the Toda Peace Institute.