Home > Global Outlook > How Do We Heal Now?

How Do We Heal Now? 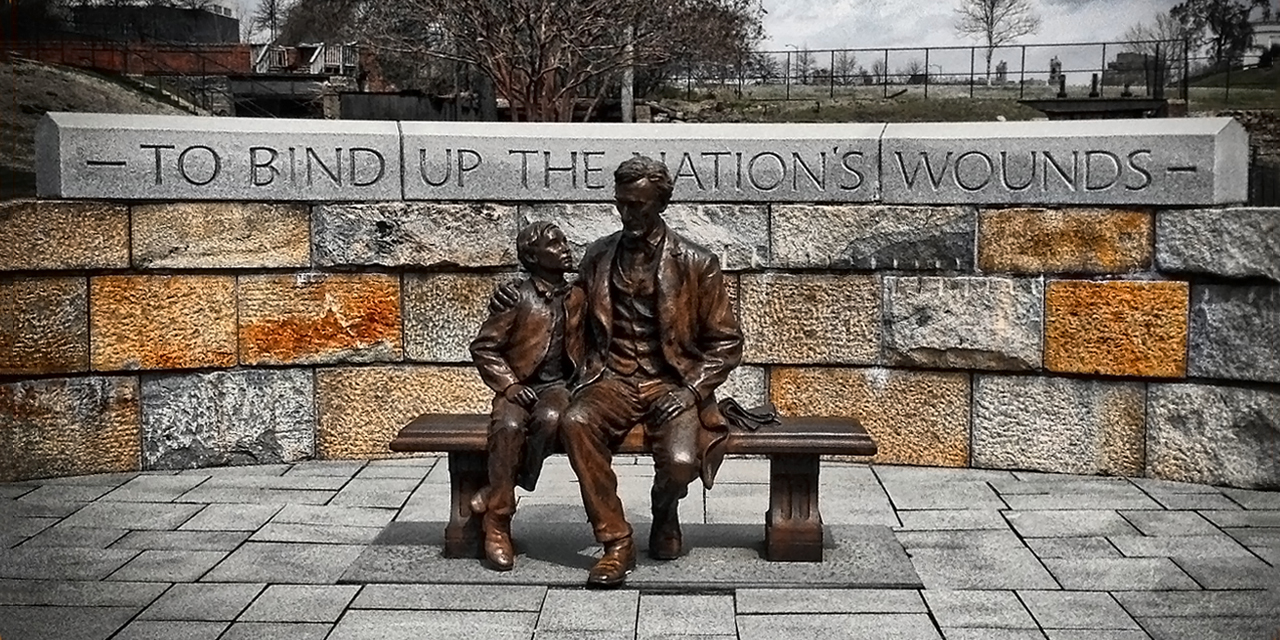 President Biden frequently calls for “healing the soul of our country.” Lincoln wrote of “binding up the nation’s wounds.” Has the current exposure of our nation’s brokenness revealed an opportunity to give these words new meaning?  Can we stop the bloodshed, diagnose symptoms, treat root causes?

To heal is to return to an original state of health: repair, rebuild, restore. However, because of America’s original sins of genocide and enslavement, our task is to build rather than rebuild, to co-create a more healthy and equitable nation.

Social healing starts with acknowledgement and accountability—first steps in addressing harms done. Our settler colonial history begins with the near destruction of Native Americans and enslaving of captured Africans. In later centuries, unrestrained industrialisation and rampant capitalism led to abandoned farms, factories, inner cities and struggling residents. This is not our only story, but a reality we must face in order to heal.

We live in the shadow of this lineage. That we are divided and angry should come as no shock. We can trace a through-line from ignoring the consequences of structural and personal violence to the zealotries of the present. Vast differences in power, privilege and prospects divide us. Members of our society, both Black and White, urban and rural, face exhaustion and despair. Broken dreams, shattered landscapes and violence are the symptoms of our ill-health.

Addressing root causes requires rethinking our current economic assumptions about wealth and poverty. Why not a 21st century version of FDR’s Civilian Conservation Corps to strengthen infrastructure and simultaneously build relationships across cultures? How about replacing the shame and resentment enflamed by welfare with meeting everyone’s essential needs with some form of guaranteed basic income that ensures safety and security?

Now is the time for visionary government intervention. Imagine an overarching and innovative National Task Force on Social-Economic Relations that dedicates resources to both structural and relational steps toward healing. Economic and social change belong together; one without the other will be insufficient. We have the skills to reduce our dehumanised perceptions of each other. We have the wealth to create life-affirming jobs that will reduce inequities and bolster dignity.

Harnessing the combined strengths and ingenuity of media, educational institutions, government and the private sector could pull us back from the dangerous disconnects that currently divide us. Mass media could portray Americans with more depth and complexity. Carefully constructed strategies to build empathy and inclusion, from nationwide educational and media efforts to smaller intimate dialogues, would help Americans move beyond the blaming and stereotyping of each other and toward discovering our common longings. Let’s engage community and religious leaders nationwide to soften animosities in their circles of influence.

Webs of personal and collective history determine our behaviour, shaping our perceptions, actions and voting preferences. Our beliefs do not arise in a vacuum. We are, however, somewhat flexible, able to shift attitudes and behaviours as life evolves. Sincerely acknowledging the historical damages inflicted on others contributes to bridging divides.

In acknowledging the past, government representatives and individuals can offer apology and express genuine remorse. Post WWII Germany recognised the necessity for high-level apology and atonement for grievous harms. Their government promised to monitor and protect against future injury and offered extensive compensation, admitting that remorse is shallow without meaningful reparations.

We need skilled and determined leadership to initiate a national conversation of formal reparations for both recent and historical damages. The incalculable harms of slavery and the ravages of rampant inequality have left behind communities on all sides of the racial and political divides waiting for economic and political justice. An inclusive concept of human rights will help overcome competitive race, class, and regional resentments.

Fear is the unspoken fire of social unrest. Fears of changing family relations, loss of status and economic decline often result in destructive behaviours in our homes and on our streets. Throughout our history, we’ve seen hate crimes and violence increase in response to even modest progress in, for example, women’s empowerment or civil rights. Gains for one group are misinterpreted as losses for another.

Clustering together to stoke grievances, those who sense exclusion, insult, and scorn may imagine that revenge is their only tool to right perceived wrongs. Instead, revenge escalates into further confrontation, resulting in cyclical and mutual destruction. Smash windows, storm the Capitol, burn down cities, believe you have nothing left to lose. None of this will cease until we address the deep structures that have brought us here.

Unattainable material and psychological needs frequently drive violence. Increasing economic security and the human potential of everyone will reduce the impulse to lash out in misdirected rage and blame. Sustaining change in our country requires meeting the security, welfare, and recognition needs of all members of our society. Cycles of peace and justice will emerge when our nation lives up to its ideals of economic, political and social equality.

Paula Green, based in US, founder of Karuna Center for Peacebuilding and Professor Emerita at the School for International Training, currently leads Hands Across the Hills, a US dialogue project between conservative and progressive communities. She has worked worldwide with communities in conflict. www.paulagreen.net