What's Next in the Ukraine War? 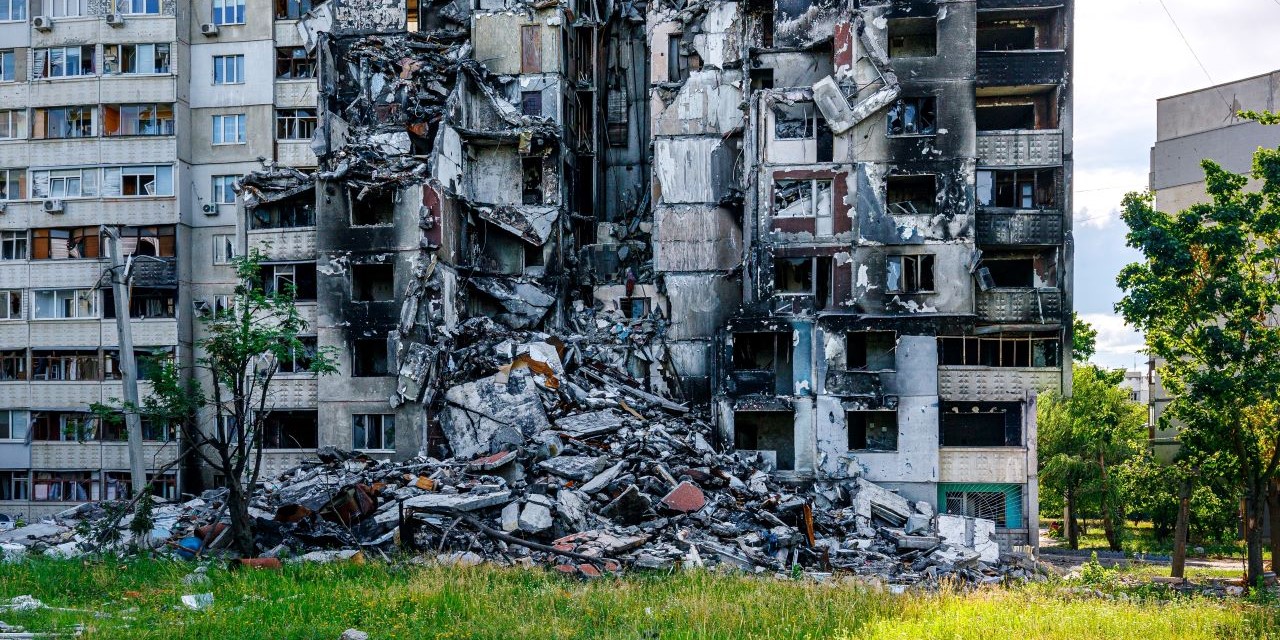 In order to find an answer to the difficult question about the future of Ukraine, it is worth analysing the two extreme and polarised positions currently propagated in Western Europe. On the one hand, there are those who want to provide Ukraine with more and unrestricted support, especially military aid. And on the other hand, there are those who argue that further arms deliveries to Ukraine only prolong the war. This will cost more lives. Or alternatively: Western sanctions harm above all Western Europe and not Russia. Thus, sanctions against Russia should be terminated.

Fortunately, neither of these positions is currently consensual policy of the governments, because unconditional support of Ukraine carries the risk of escalation. The Russian invasion and annexation of parts of Ukraine in violation of international law is proceeding completely differently than planned by the Kremlin leadership. The Russian military is on the defensive, but the fights are far from over. It is difficult to foresee how Russia’s President Vladimir Putin, if cornered, might react. The recent deadly strikes against numerous civilian houses and infrastructure illustrate both Putin’s frustration and that there is hardly any limit to escalation. The danger is apparent, especially since he has repeatedly emphasised that he might resort to nuclear weapons if necessary. No doubt, it is attractive to imagine that Ukrainians, bravely fighting for their freedom, will receive more support to completely revise the Russian aggression. Nevertheless, the threat of further escalation by Russia should play an important role in the risk calculations of the Allies in the West.

A successful strategy for resolving the conflict, or at least preventing an escalation, requires above all a sober risk assessment. How high is the risk of an expansion of the war and for whom is the risk high? For Ukraine, for Western Europe, for Russia, for world peace? Two observations should call for caution. Firstly, experiences with the revisionist policies of Putin's Russia in its immediate neighbourhood. And secondly, his general ideological orientation towards the creation of a completely different new world order that is no longer dominated by the West. Both findings call for a balanced strategy: on the one hand, to clearly show Russia the limits by supporting Ukraine in its struggle for freedom, and on the other hand, to be willing to negotiate, but not at the expense of Ukraine. In concrete terms, the "red lines" behind the curtain of public attention should definitely be observed by governments.

Even more problematic than the unconditional military support of Ukraine is the opposing position, namely to tolerate Russia's violation of international law, the war crimes and the brutal military strategy, which also consciously aims at civilian goals. According to this narrative, nothing can be done against this kind of raw power politics. And so the conclusion: one should come to a deal with Russia in order to be able to make one's own economic interests the sole yardstick for relations with Russia.

I have come to the conclusion that Ukraine's Western allies are currently pursuing a careful and wise strategy that strikes a middle ground somewhere between these two extreme positions. On the one hand, a clear commitment to Ukraine's legitimate concerns, but on the other hand, restraint in fulfilling the Ukrainian government's wishes for more modern weapons that could be used to recapture all the territories occupied by Russia since 2014 or even attack Russian territory. It is an attempt to restrain this war, both in terms of the weapons used and geographically.

The rationale of this strategy is the expectation that Russia can both escalate the military conflict and intensify the economic war. Russia undoubtedly has more conventional military means at its disposal as well as nuclear weapons. Economically and politically-diplomatically, Russia is not nearly as isolated as it often sounds in the storyline of the EU, NATO or the US government. The decision of the OPEC+ group last week to curb oil production in order to maintain or even increase the already high oil price shows that the anti-Russia coalition is essentially a Western alliance. Influential countries such as Saudi Arabia, India or China are orienting themselves on their own interests, even if Russia's war machine continues to be lubricated by increased export revenues. The complete international isolation of Russia is a myth.

However, Russia's calculation failed to break the solidarity of Western Europeans in particular by curtailing energy supplies. On the contrary, cohesion in the EU and NATO was strengthened by Russia's war. Both groups appear more united today than in the decades before. But the endurance test is still to come, if in the coming winter there are actually not only energy bottlenecks but also energy shortages. Whether unrestricted solidarity will then be practiced remains to be seen.

But what does today's situation mean for a possible solution to this war? The desire to end the war as soon as possible is understandable. But there is no willingness for a diplomatic solution yet. The Kremlin will not be satisfied with what has been achieved so far. On the contrary, nationalist forces in Russia are calling for an even more brutal crackdown. Perhaps, however, at some point sober forces will prevail, which are willing to admit that the occupation of Ukraine was a miscalculation. On the other hand, the Ukrainian government, in March—surprisingly early in the military conflict—had mentioned four points as the goal of negotiations, which were rejected by Russia at the time: renunciation of NATO accession, negotiations on the status of Crimea in 15 years, direct negotiations between the two presidents on the Donbass and security guarantees for Ukraine. After recent military successes, the Ukrainian government is much more ambitious. It wants to retake all territory occupied by Russia, including the Crimean Peninsula.

It seems that this war is not "ripe" for negotiations (according to William Zartman’s ripeness theory), because Russia has not yet given up its ambitious goals and Ukraine is motivated by the successes to further push back the aggressor. A plausible short-term strategy means, on the one hand, giving Ukraine as much support as possible, preserving its own freedom and gaining its own sovereignty, but not fulfilling every call for more weapons. On the other hand, the US in particular must make clear to Russia the consequences of an escalation with nuclear weapons. This seems to be the case now, if I interpret US President Joe Biden's words about the Armageddon correctly. But this balanced approach is likely to prolong this protracted war.

After the end of the Cold War, the opportunity was missed to build a "common house of Europe" (Mikhail Gorbachev) together with Russia. For a long time, the formula applied: Europe can only have common security with, but not against, Russia. Russia has been deliberately escalating since 2014 in Ukraine (and previously in other regions of the post-Soviet space). NATO has also escalated with its eastward enlargement but has also relied on negotiations (e.g. with the Minsk Agreement). Critics, now disillusioned by Russia's expansionist policies, use the formula: In Europe there will only be security when there are no more revisionist ambitions and no neo-imperialist powers. That seems a far cry from today's reality. In the meantime, we can only hope that despite the military confrontation and despite the not yet "ripe" conflict constellation, that diplomats initiate serious talks behind the scenes.