Strategic Dilemma: Germany in Search of an Effective China Strategy 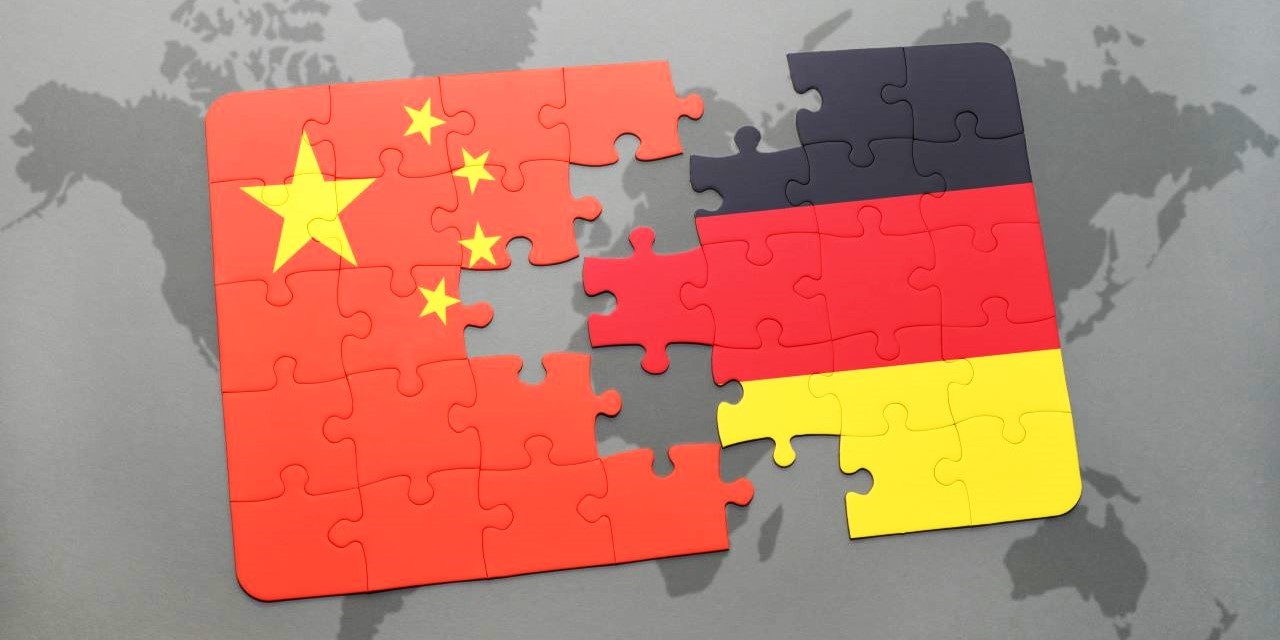 German-Chinese relations are currently being reassessed in Germany. This is the result of a longer development that also took place in the EU. The shock of Germany's dependence on Russian gas, coal and oil supplies has made relations with China particularly sensitive. Germany is not only highly dependent on Russian raw materials and fossil fuels but is also economically more closely interlinked with China: China ranks second in Germany's exports and number one in imports. This discussion is accelerated both because of economic dependence and because of China's assertive foreign and security policy in Asia and beyond.

Now, after the Russian experience, there is a lot of whining about economic dependence on China and experts in industry, trade, media and politics are arguing about the right reaction, which varies from "business as usual" to drastic "decoupling" or even "containment" of China. The temporary collapse of economically sensitive supply chains during the pandemic has significantly increased the desire for greater autonomy. But is it possible to reduce economic dependency at all and how far should a possible decoupling go?

A convincing strategy is not in sight. A few weeks ago, it became apparent that the dispute over relations with China is raging even within the German government. The occasion was a planned investment by the Chinese logistics group Cosco in the Port of Hamburg. Cosco wanted to buy a 35% share in a terminal. Six ministries and the secret services strongly advised against the deal, because a critical part of German infrastructure could be influenced by China. Chancellor Olaf Scholz, former mayor of Hamburg and still closely associated with Hamburg today, pleaded for Chinese involvement. Scholz feared that the Port of Hamburg could fall behind in competition with other European ports. The chancellor prevailed with a (foul) compromise against all resistance and approved an investment of less than 25%.

The next point of contention was Scholz's 11-hour flying visit to China's Xi Jinping with a high-ranking business delegation at the beginning of November, almost as it had been practiced dozens of times in previous years by Angela Merkel to promote economic relations. Scholz was the first Western head of government to visit China after the hard lockdowns. Many European partners were outraged by Germany's unilateralism. Actually, Scholz and French President Emanuel Macron wanted to travel together. Since Macron considered the timing premature, Scholz travelled alone, without a coordinated strategy within the German government or in the EU.

The Federal Foreign Office, under Green Party Foreign Minister Annalena Baerbock, is currently developing a China strategy. Before it was coordinated within the government and with European partners, a 59-page draft was leaked to the media. Not only this draft, but also the statements of the responsible Minister of Economic Affairs, Robert Habeck, also from the Green Party, make the desire clear that economic dependencies should be reduced, and human rights should get higher priority. These positions roughly correspond to the American juxtaposition of "democratic versus authoritarian" government. But this narrative is controversial.

The Chinese government has now reacted to the German Foreign Minister's draft strategy, speaking of "radical anti-Chinese forces". Baerbock's position partly corresponds word-for-word to the EU-China strategy published in 2019, in which China is described as a "partner, competitor and systemic rival". The term "rival" is, according to Chinese interpretation, "a legacy of Cold War thinking." In a harsh tone, the Chinese state press demands that German-China relations should not be disrupted by "loudmouths" and "pro-American forces." Beijing is extremely grateful to Chancellor Scholz for the Cosco deal in the Port of Hamburg, while Scholz regards the joint statement with President Xi on nuclear weapons as the most important success of his short visit to Beijing. In it, without naming Russia, they call on the international community to “reject the threat of nuclear weapons and advocate against a nuclear war to prevent a crisis on the Eurasian continent.”

The Foreign Ministry writes that the Chinese leadership sees "its political system as superior and its 'core interests' as unquestionable." China pursues an increasingly aggressive foreign policy and uses economic dependencies to achieve political goals. From a global perspective, this is by no means a new finding. But the conclusion could be far-reaching, because the new strategy argues: "China is changing – our dealings with China must change as well." EU-member Lithuania has recently experienced China's assertive foreign policy first-hand. The opening of a Taiwanese trade centre prompted the Chinese leadership to cut trade relations with Lithuania. Similar experiences of being blackmailed had previously been made by other countries, such as Australia. India is also using a cautious "decoupling" strategy to strengthen its own position in Asia.

The concept of “Wandel durch Handel” ("change through trade"), i.e., exerting a positive influence on developments within society through economic relations, has been completely discredited by Russia. Therefore, the question must now be asked about relations with China.  President George W. Bush's statement of May 2000, "trade with China will promote freedom", has long been shelved in the US. In the EU, this is also consensus now.

While strategic rivalry with China has developed into the decisive organising principle of US foreign and security policy, European leaders are hesitant to advocate a China containment strategy, although this US-China rivalry is developing more and more into an ideological contest between the notion of a market-driven versus a state-capitalist economy and a democratic versus an authoritarian political model.

But the EU or NATO are far from rallying in unified fashion behind the US proposals. NATO's role in this rivalry is contested among its members and the EU is sending contradictory signals to China. But still: The European Commission envisages a strong role for the EU: "To avoid being the losers in today's US-China competition, we must relearn the language of power and conceive of Europe as a top-tier geostrategic actor." This statement was made almost three years ago. What this "language of power" is supposed to mean in concrete terms is still open and, above all, controversial. And the EU Indo-Pacific strategy is so far in its very early stages and still mostly on paper. The Chinese government, in contrast, never tires of pleading for "depoliticizing relations."

Finding the adequate position between the extremes "engagement" or "containment" is not easy. The economic dependencies are too great for a complete "decoupling". In addition, Germany and the EU regard China as an important player in the climate negotiations. Whether this is still the case after China's disappointing performance at COP 27 remains to be seen. The problem remains, however, that neither the West nor the EU, nor even the German government, is pursuing a unified strategy on how to deal with China's increasingly assertive policy. Aiming to "dismantle one-sided dependencies in the interest of smart diversification", as Olaf Scholz expressed it, before his trip to Beijing is certainly a desirable way, but for the moment Germany and largely the EU remains trapped between economic necessity and political independence.