India’s Stake in the Ukraine Conflict 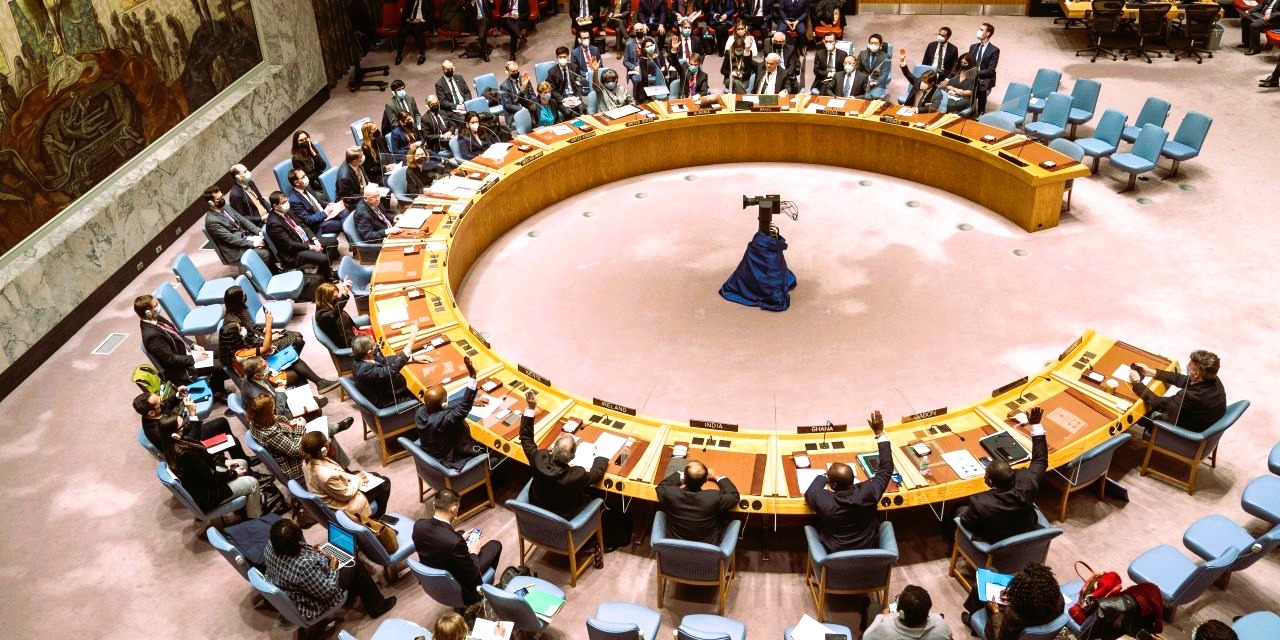 This article was first published in The Strategist on 28 February 2022.

On 25 February, the United Nations Security Council voted on a draft resolution condemning Russia’s invasion of Ukraine and calling on it to stop the attack and withdraw its troops. Sponsored jointly by the US and Albania, the resolution received the affirmative vote of 11 of the council’s 15 members. But it was defeated by the solitary negative vote of Russia (by chance the council president for February) as a veto-wielding permanent member. The three countries to abstain were China, India and the United Arab Emirates.

China’s abstention came as a welcome surprise to Western delegates. Ambassador Zhang Jun said that the crisis did not occur overnight, the security of one state cannot come at the expense of another and everyone should refrain from actions that could shut the door to a negotiated settlement. On this occasion, China walked the tightrope between reaffirming its commitment to sovereignty and territorial integrity and supporting Russia’s security interests.

We should not be surprised, however, that, if forced to choose, China will have Russia’s back because their functional alliance, Graham Allison explains, ‘is operationally more significant than most of the formal alliances the United States has today’.

India’s abstention was less welcome and puzzled as well as disappointed many Indophiles. Ukraine’s ambassador to India, Igor Polikha, expressed deep dissatisfaction with India’s vague generalities and boilerplate statements on an immediate ceasefire, dialogue and respect for legitimate interests of all sides, rather than specific and strong condemnation of Russian aggression. India’s special relationship with Russia, he said, made it one of the few countries that could shape Moscow’s policy.

To understand why India abstained, we must look at the complex array of India’s principles and interests that are engaged in the Ukraine crisis. To begin with, this includes the presence of around 18,000 Indian students in Ukraine. Under contemporary conditions of India’s noisy electronic media, no government in New Delhi can afford not to be sensitive to their welfare and, if necessary, safe evacuation.

India has traditionally portrayed itself as a global champion of the inviolability of state sovereignty and territorial integrity on behalf of developing countries against once-colonial powers and weak against strong countries. Russia’s brutal and full-scale invasion violates this foundational Indian foreign-policy value as well as strong material interest, given its own many restive regions, in opposing foreign powers dismembering existing states. Consequently, no matter how sympathetic India might be towards Russia’s security dilemmas, it will not support naked aggression.

That said, Moscow has historically been a major diplomatic ally that has often in the past protected New Delhi’s back in the Security Council. Russia remains India’s most important arms supplier, accounting for almost half of total arms imports (and 23% of total Russian arms exports—its biggest market) in the 2016 to 2020 period. Israel, France and the US are the second, third and fourth biggest sources.

Yet, because India is trying to reduce its dependence on Russia by diversifying arms imports, Russia’s share dropped by half from 70% to 49% from 2011–2015 to 2016–2020. US imports also fell by 46% and those from France and Israel went up by 709% and 82%, respectively, in the same five-year periods. Moreover, in recent years Russia has also become Pakistan’s second biggest arms supplier, albeit still only a fraction of China’s dominant share.

The bigger defence-cum-diplomatic worry for India is the developing Moscow–Beijing axis. China gets 77% of its arms from Russia. Shortly before the Ukraine invasion, China and Russia announced a ‘no-limits partnership’ that includes supporting each other’s policies on Ukraine and Taiwan. For all these reasons, India would be wary of contributing to any further consolidation of the Moscow–Beijing axis, either by the West or by its own actions.

At the same time, India succeeded in gaining US political goodwill and diplomatic backing and a significantly enhanced bilateral defence and security relationship after a protracted and delicate period of courtship in the post–Cold War era when Washington was the world’s most critical capital. That relationship has only grown in importance with China’s continued ascendancy up the relative power ladder, matched by an increasingly assertive posture and belligerent actions towards several neighbours.

India continues to invest heavily in the Quadrilateral Security Dialogue with Australia, Japan and the US as the premier Indo-Pacific forum for checking China’s reach and influence in the vast maritime space. India has steadily internalised the new regional and global reality that China is a clear and present security threat as well as India’s most consequential diplomatic adversary across a surprisingly broad front. France is India’s key bilateral interlocutor in Europe, and the EU and UK remain important partners overall.

So, again, India has to thread the diplomatic needle in calibrating its response to a potentially era-defining event like the invasion of Ukraine—the biggest conventional attacks in Europe since 1945.

The invasion also highlights India’s crisscrossing engagement with several loose groupings around which its different international identity and interests coalesce. Yes, it’s a Quad member and a potential partner in the D10 (a proposed grouping comprising 10 large democratic countries) and is able and willing to help shore up a rules-based order. But it is also a member of the Shanghai Cooperation Organization and BRICS, alongside Russia and China in both, as well as the G20 and keenly if unrealistically pursuing an elusive permanent seat on the UN Security Council.

New Delhi must accordingly balance all these competing pressures from its extensive engagement in the mandated multilateral and the array of informal groupings that make up the machinery of contemporary global governance. When India was last on the Security Council a decade ago, its votes on the crises in Libya and Syria spanned the gamut from yes to no and abstain. Don’t be surprised if the same happens again, depending on the exact circumstances at the time and the precise language of the resolution up for vote.

Of course, like every country, India will sometimes get it wrong. But rather than unrealistically raise expectations, friendly countries would do well to try to see the world through Indian eyes to appreciate its foreign-policy calculus, instead of counterproductively judging its policies as unprincipled.