Director’s Statement: Responding to the Invasion of Ukraine 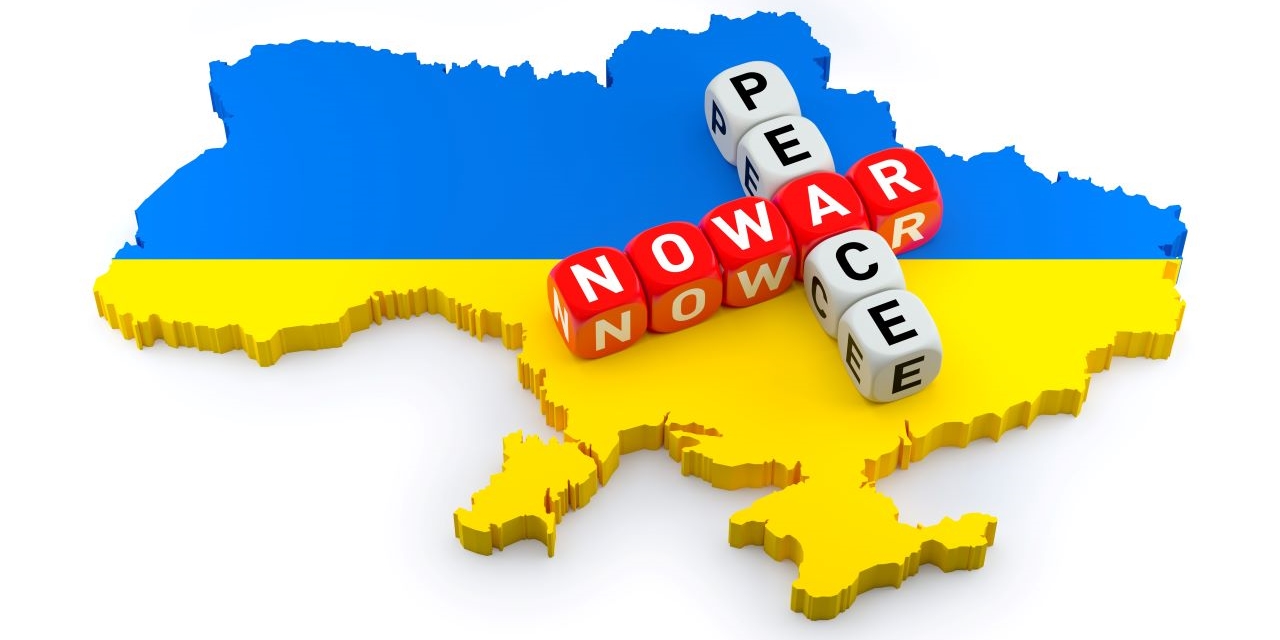 As a peace researcher for over 40 years, it appals me that in 2022 we are trying to make sense of an outmoded 20th century invasion aimed at changing borders and seizing sovereignty. This war is the most blatant act of cross border aggression that I have seen since the Second World War and a major contravention of the UN Charter.

The war is an assault on the principle of non-interference and a clear act of international aggression. Its initiator, President Putin, keeps changing his mind about why he initiated it and is keeping the Russian public in the dark about its purpose. He has instructed his media that it not be called an invasion and is clamping down on Russian peace protesters and public intellectuals opposing the war. The war is the irrational act of a man desperate for global attention and a desire to re-acquire the lost territories of imperial Russia.

War is never the answer to anything. It will not address President Putin’s anxieties about the possibility of Ukrainian Membership of NATO or his wider feelings of insecurity. On the contrary Putin’s aggression and attempt to restore Imperial Russia, will generate pain, grief, trauma and long-term insecurity. It contravenes all the basic principles of those who truly desire peace.

President Putin demonised the enemy by calling Ukrainian leaders Nazis and corrupt; he and his foreign Minister were not interested in good faith negotiations and, far from looking for collaborative solutions, he chose the path of force and coercion.  There was no desire or will to pursue nonviolent solutions to the ostensible problems at hand. On the contrary, the Russian invasion of Ukraine reactivated painful memories of the German invasion of Sudetenland and Poland at the beginning of World War Two and for those living in Kiev, the German Invasion of the Ukraine in 1942.

As we began to comprehend what this all means for us as individuals and citizens, it's critical to try to turn this into a teachable moment and apply nonviolent values to the crisis.

First, it's important to join the international community in condemning the illegal actions taken by the Russian Leaders. There is never any excuse for blatant aggression.

Second, it is critical that we continue to urge President Putin and the Russian leaders to agree an immediate ceasefire and withdraw all Russian forces from all parts of Ukraine as soon as possible. Somewhat surprisingly, Putin mentioned that he would be happy to meet with the Ukrainian leadership in Minsk to explore a ceasefire. Peacebuilders have to keep looking for opportunities to bring the warring parties to the table for diplomatic negotiations on the presenting and underlying problems.  If there is no desire on the part of Russia to enter good faith negotiations, we must look for some riper moment. We mustn’t lose sight of our commitment to nonviolent solutions even in the chaos of violence.

Third, as we struggle to understand what is driving the conflict, it's important to focus on the human beings on all sides of the conflict.  We must stand in solidarity with all those whose lives are being torn apart by war.  Our driving motivation at this time must be the protection of human life, the diminution of suffering and the provision of humanitarian assistance to all sides of this bloody mess.

Fourth, we need to remind ourselves of Johan Galtung’s principle that the only way to peace is by peaceful means. This means trying to establish contact and communication with those we know in Russia and the Ukraine. We must stand with them, respond to their humanitarian needs and nurture the peacemakers among them especially in Russia where to ask for peace results in arrest. It’s vital that people we know in Russia and the Ukraine do not feel abandoned by the world. While the focus of attention at this time is on leaders, we shouldn't ignore all the millions of people in central Europe who are as shocked as we are by the war and who need our support as their lives are upended and destroyed. At the decision-making level, it’s imperative that we ensure high levels of communication between all warring parties so that another deep division and iron curtain doesn’t come into existence in Europe. While the West lines up to impose deep sanctions on Russia’s leaders, we must not fall into the trap of demonising the Russian people. Our role is to be connectors when the world is intent on division.

Finally, we need to reach out to those around us and work with them on nonviolent alternatives to war. We must keep calm and focused while others condemn. We must continue to focus on improving our personal and political relationships at home and in the countries that we live in. We must adhere to the principles of respect, treating others (including our enemies) with dignity, searching for collaborative solutions and bridging divisions wherever we can see them.

Kevin P. Clements is Director of the Toda Peace Institute.