Cooperative Security, Arms Control and Disarmament By Herbert Wulf  |  18 May, 2022 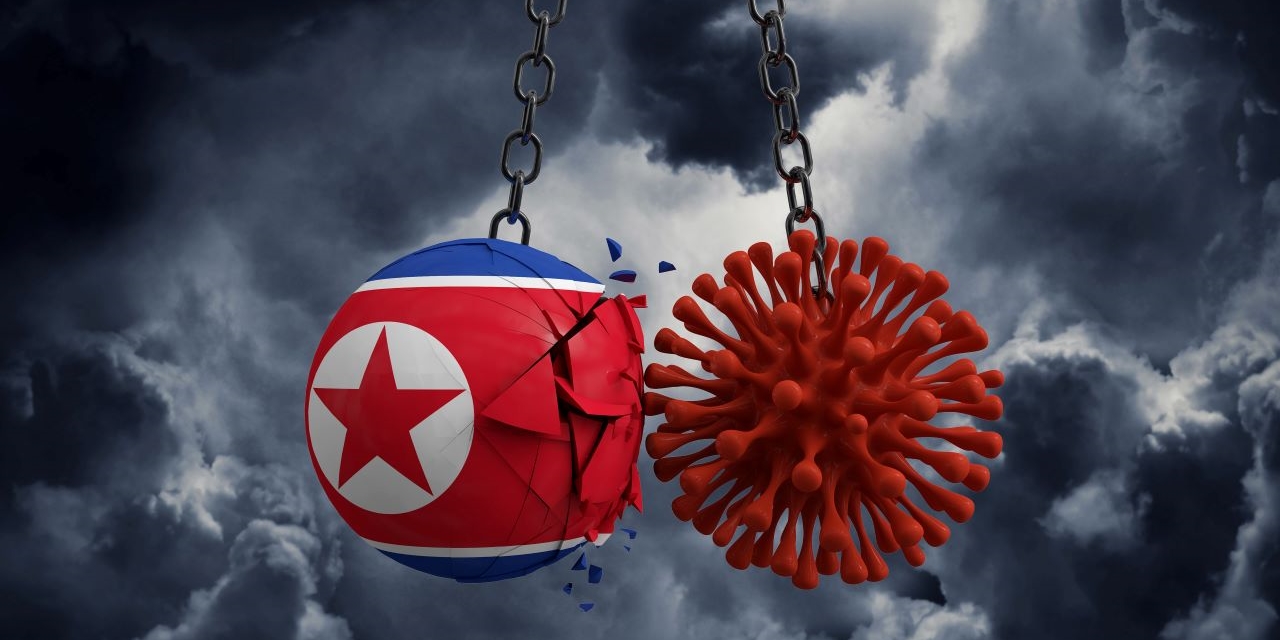 In the shadow of the Ukraine war and far from international attention, three problematic developments can be observed in North Korea: COVID-19 infections are a cause for concern, the election of the South Korean president signals a hardening of the fronts and, encouraged by Russia's war in Ukraine, Kim Jong-un’s government continues to focus on the expansion of its nuclear capabilities. This gives rise to fears of nuclear proliferation in Asia.

In mid-May, the government of the Democratic People's Republic of Korea (DPRK) reported the first corona deaths and is now relying on lockdown. At the beginning of the pandemic two and a half years ago, the government in Pyongyang tried to further seal off the already isolated country from contacts from abroad. This strategy seemed to be successful.

But now the virus is spreading rapidly. According to the state news agency KCNA, “as of May 15 since late April, the total number of persons with fever is over 1 213 550, of which more than 648 630 have recovered and at least 564 860 are under medical treatment.” In just one day (on May 14) 15 people died. The state health service is trying to contain this "malicious epidemic" by carefully examining all possible inroads for infections. This is mainly done by isolating the infected. North Korea, however, has neither sufficient capacity for corona tests, nor vaccination capacity. The government has so far rejected vaccine offers from China and the World Health Organization (WHO), so hardly anyone in North Korea is vaccinated. The fact that Kim Jong-un now speaks of "a catastrophe" and no longer assumes that North Korea is not affected by the pandemic due to its isolation gives rise to fears of an extremely problematic development. This is likely to have consequences for the economy.

The economic development of the country has long been worrying due to its self-chosen autarchy and, above all, the harsh UN sanctions. North Korea is increasingly dependent economically and politically on China. In 2018, after the first summit between US President Donald Trump and Kim Jong-un, the North Korean government announced its "new strategic direction" that provided "everything for the economy." This was a departure from the Byungjin policy, which prioritised both the economy and the military alike. But after the failure of the second US-North Korea summit in Hanoi in 2019, the Kim government returned to strengthening its nuclear programme. The eighth party congress in January 2021 announced the opening of "a new chapter in DPRK-China relations with friendship and socialism." In other words, they no longer hoped for normalised exchanges with the US and South Korea but sought to improve relations with Beijing.

After five years in office, South Korean President Moon Jae-in was replaced in March by his conservative successor, Yoon Suk-yeol. During the election campaign, Yoon had emphasised the differences in his North Korea policy. Despite some setbacks, Moon had always relied on constructive engagement. The new president wants to be much more assertive. In reality, however, not so much is likely to change, because de facto Moon has largely failed with his policy of rapprochement in inter-Korean relations. Nor has the "calibrated and practical approach" announced by US President Biden in 2021 brought North Korea back to the negotiating table.

Despite the UN ban, North Korea has never tested as many missiles as in 2022. According to its own information, the largest intercontinental ballistic missile was successfully tested on 24 March. Commenting on this event, Kim Jong-un personally said: "Our national defense capabilities will be equipped with strong military technology that will withstand any military threat and blackmail and thoroughly prepare for a long-term confrontation with US imperialism.” Only five days after a submarine-based missile test, North Korea launched three short-range ballistic missiles. Meanwhile, the rocket launches this year add up to 16 tests. Both governments and observers are concerned about the nuclear development, pointing to Kim Jong-un’s influential sister Kim Yo-jong, who said in early April that “the primary mission of the nuclear force” is to eliminate "the enemy's forces at a strike" and that “one’s nuclear combat force is mobilized to take initiative at the outset of a war..." And North Korean state media, such as Rodong Sinmun, commented that tactical nuclear weapons were being developed to drastically increase and diversify the firepower of long-range artillery on the border.

The fact that North Korea now propagates its nuclear strategy more aggressively is probably also the result of Russia's war in Ukraine. In the shadow of international attention over the war in Europe, North Korea seems to be reorganising its relationship with the great powers. As is well known, North Korea was among the five nations that opposed condemning Russia’s invasion in the Ukraine on 2 March 2022 at the UN General Assembly. It is now hoped in Pyongyang that Russia will in future use its veto power in the UN Security Council to prevent sanctions against North Korea. But the North Korean leadership does not fully trust either Russia or China. Their fears for threats and concerns about military aggression have continued to intensify. In Pyongyang, as in some circles in the West, it is believed that Russia would not have attacked Ukraine if it had been a member of NATO and thus had guarantees of assistance, including nuclear protection.

China's reluctance to support Russia's war intensified doubts among Pyongyang's rulers. Although China is Russia's only substantial remaining political and ideological ally, the Xi Jinping government has so far not provided military support to Russia. Can Kim Jong-un rely on China in the future? Does the friendship treaty, in existence since 1961 and renewed in 2021, offer sufficient protection? Already during the so-called six-party negotiations between the US, China, Russia, Japan, North and South Korea in the 2000s, China agreed (albeit half-heartedly) to UN sanctions against North Korea. Such considerations are probably the reason for further strengthening North Korea's nuclear arsenal, but also for North Korea's rapprochement with Russia in order to reduce dependence on China. Russia's indirect threats to use nuclear weapons, if necessary, will strengthen North Korea's view that ultimately only nuclear weapons can guarantee its own security.

Both Russia's repeated references to its own nuclear weapons and North Korea's missile tests and aggressive propagation of its nuclear strategy once again raise fears about possible nuclear proliferation in Asia. Back in February, former Japanese Prime Minister Shinzo Abe proposed a nuclear sharing agreement similar to the arrangements the US has with several European NATO countries for decades. And South Korea, under a conservative presidency, may also push for re-deploying American nuclear weapons in South Korea.