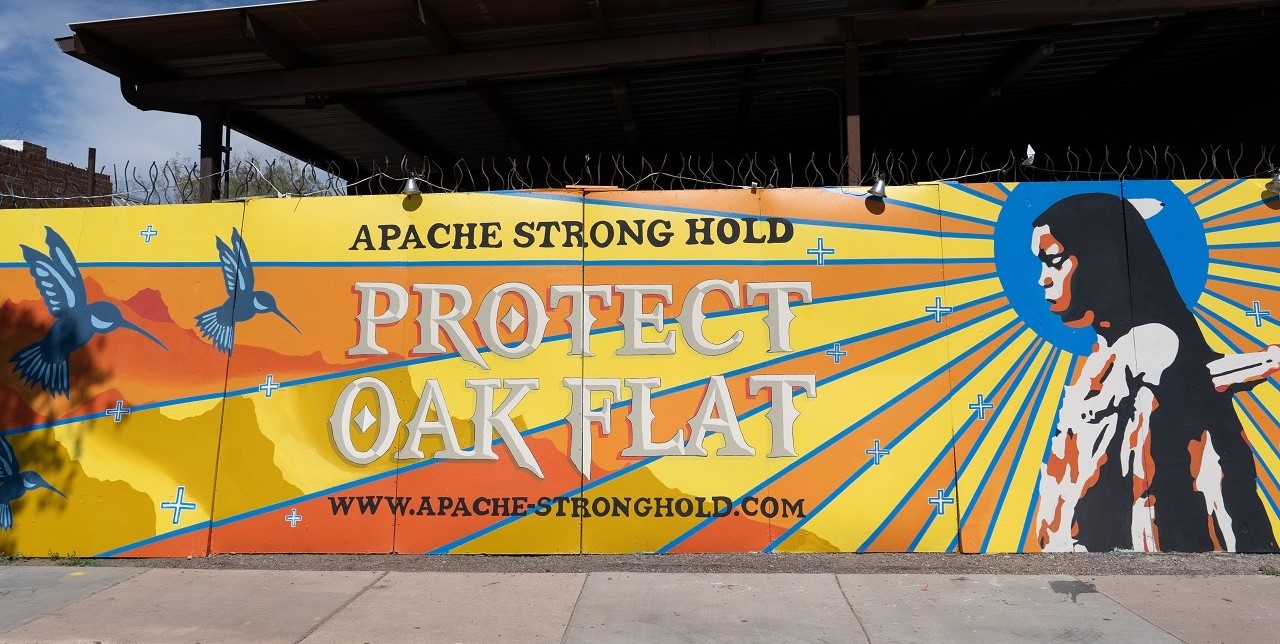 When Simon Thompson, the chairman of the multinational mining giant Rio Tinto, was criticised by local NGOs at Rio Tinto’s AGM, held on 9 April 2021, over plans for a huge copper mine in Arizona, he responded by arguing that his company is committed to the fight against climate change, and claimed that the transition to a low-carbon economy will necessitate the expansion of copper production. He posited that "everyone agrees" that copper is essential for tackling climate change because the necessary turn to renewables would only be possible on the basis of increased use of copper. Hence, he said, the company was doing the right thing by developing new copper mines, and the planned Resolution Copper mine in Arizona in particular had the potential to meet 25% of the US demand.

This line of argument—more copper (and other minerals, like lithium) as a contribution to combatting climate change—is currently very fashionable among parties with vested mining interests. On the website of Rio Tinto, for example, there is a long interview with its ‘Group Executive, Strategy & Development’, in which the executive sings the praises of the expansion of copper production on the way to net zero emissions.  He states that the company’s “strategy on climate change starts with producing materials that are absolutely essential for the transition to a low-carbon economy. If you look at our portfolio–copper, aluminium, titanium and boron–, these are all materials used to build solar plants, wind turbines and batteries, all of which are very important to the global climate transition”.

Copper is indeed critical for electric vehicles, battery storage, wind turbines and solar panels. All things being equal, enormous quantities of copper will be needed for a turn to renewables. It is projected that by 2050, the demand for copper will increase by 300% above current levels. Hence the prospect of new copper mines and Rio Tinto’s interest in the development of the Resolution Copper mine in Arizona. ‘A golden age for copper’, with high copper prices and exorbitant profits, looms on the horizon. This bonanza, however, as critics warn, “could be catastrophic for communities and environments”.

Many of the untapped copper deposits that are attractive for mining companies are situated in locations marked by serious environmental, social and technical challenges: on the lands of Indigenous peoples, in fragile states, and/or in remote, ecologically sensitive areas that are difficult to access. More often than not, the development of mines in these locations leads to environmental destruction, such as through the deposition of enormous amounts of hazardous tailings. It also causes the social disintegration of local, often Indigenous, communities, and, consequently, protests and the resistance of people who are affected by it. Such situations bear the potential for violent escalation of conflict.

In this regard, Rio Tinto itself has a skeleton in the closet. In the 1990s, the environmental destruction caused by its Panguna copper mine on the island of Bougainville (Papua New Guinea) triggered a decade-long internal war, the bloodiest violent conflict in the Pacific region since World War Two. People in mine-affected communities still suffer from the environmental and health legacies of the mine’s operation, and Rio Tinto is haunted by this legacy. Last year the Human Rights Laws Centre in Melbourne filed a complaint against the company with the Australian National Contact Point for the OECD Guidelines for Multinational Enterprises on behalf of members of mine-affected communities. Rio Tinto had to agree to a formal conciliation process, which is still ongoing.

Rio Tinto is currently under considerable public and political pressure, suffering a crisis of credibility since May 2020 when it destroyed the 46,000-year-old Juukan Gorge Aboriginal rock shelters in Western Australia to expand one of its mines. This wanton destruction caused a public outcry, both in Australia and worldwide. Rio Tinto had to apologise and promise that something like this would never happen again. Unfortunately, however, the plan for the Resolution Copper mine, legitimised by Rio Tinto’s boss at the AGM as a climate change-protection initiative, is threatening sacred sites of the local Apache tribes and will have grave negative environmental impacts, in particular on the water supply of the region. This is why local NGOs raised the issue at Rio Tinto’s AGM, together with other community groups and NGOs, who protested against other Rio Tinto mining projects in Mongolia, Madagascar, Serbia, West Papua (Indonesia), and Bougainville.

It seems Rio Tinto thinks that playing the climate change card is a clever move to counter this kind of protest. This strategy warrants a stern rebuke, not least from the perspective of peace and conflict studies: claiming to do good for the climate does not give Rio Tinto permission to act in an environmentally and socially destructive manner in other fields, with the potential of causing harm and conflict.

This has a number of consequences, not least for the climate-conflict-security discourse. Research and policies in the field of climate change, conflict and security have drawn attention to the fact that it is not only the environmental and social effects of climate change as such that can contribute to violent conflict, but also certain strategies and projects of climate change adaptation; adaptation measures, for example, which lead to the eviction of local communities from their land can lead to violent responses (large wind farms on the land of Indigenous communities are a case in point). Hence, the importance of the conflict-sensitive planning and implementation of climate change adaptation is now widely acknowledged. However, this approach has to be taken one step further: policies and practices put forward in the name of the fight against climate change, and for renewables and a low-carbon economy, also have to be scrutinised for their conflict potential. They are not peaceful and sustainable per se. They can also cause harm. Policies and practices for combatting climate change have to be pursued in a conflict-sensitive way. In the best case, of course, they can contribute to sustainability, peace and conflict prevention. This best case, however, will emerge only if we acknowledge that the hope of a peaceful and environmentally sustainable future is under threat not just from climate change and the potentially violent conflicts that come with it, but also from attempts to maintain the current form of global economy, which is based on the mantra of permanent growth, accompanied by ever-expanding extractivism. A turn to renewables that leaves the holy cows of economic growth and extractivism untouched is insufficient. It may even lead to new forms of environmental destruction, social disintegration and, as a consequence, new conflicts and even violent conduct of conflict.

Instead of the instrumentalisation of climate change as legitimisation for new copper mines, what is needed is a fundamental turn to a post-growth and post-extractivist economy that would need less, not more, copper. To leave the copper in the ground might be the only responsible option in cases where the risks to local communities and the environment, and the risks of potentially violent conflicts, are too high.