Climate Change, Not China, the Most Important Security Concern for Pacific Island Countries 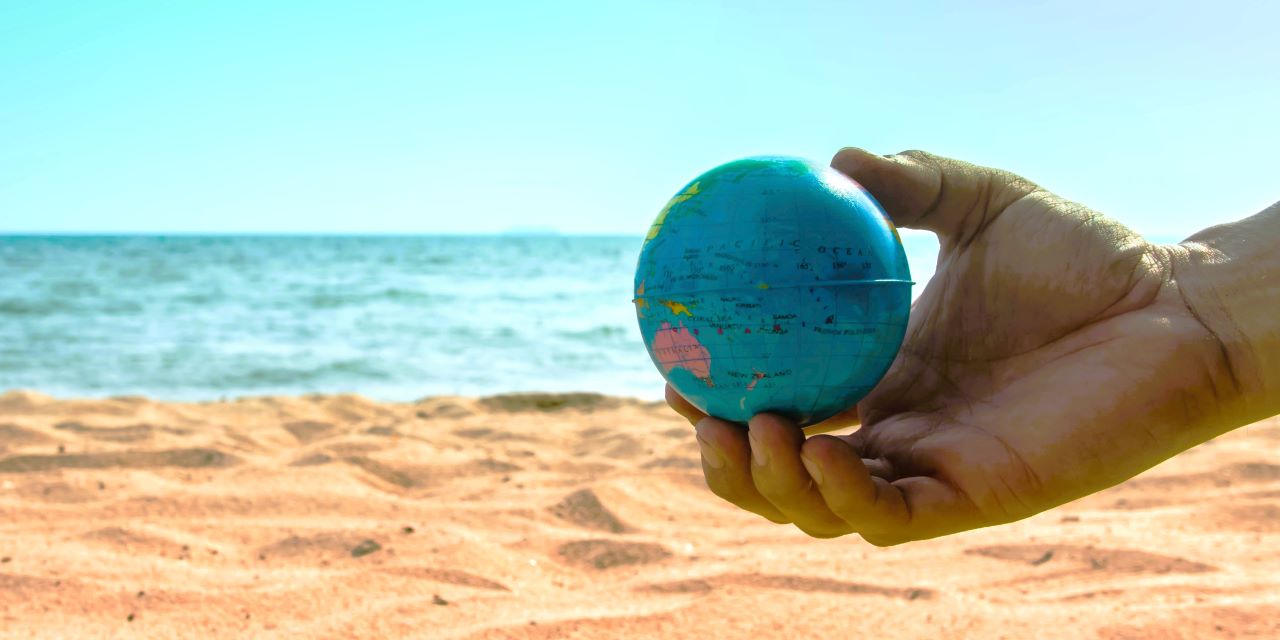 The meeting of the leaders of the Pacific Island Forum (PIF) countries in Suva, Fiji, in mid-July drew more international attention from beyond the region than usual, as it took place at a time of increasing geo-strategic competition between USA and China. Moreover, it was the first in-person meeting of leaders since 2019. For the last two years, the COVID pandemic has made such meetings impossible.

At their meeting in Suva, Pacific leaders made it clear that they refuse to be treated as mere pawns in the game played by outside powers. With confidence, they pursued their own agenda which prioritises issues and concerns that do not necessarily align with the interests of such external powers. This first and foremost was illustrated by the leaders’ statement that “climate change remains the single greatest existential threat facing the Blue Pacific”. In doing so, they rejected conventional narrow understandings of security which underlie geopolitical and geostrategic considerations.  In putting climate change front and centre in the context of regional security, they followed an expanded conceptualisation of security, focusing on ‘non-traditional security issues’, pointing to the fact that food security or water security, for example, are under escalating threat due to the effects of climate change in the Pacific region. Rising sea levels, dying reefs, devastating floods, the increase of frequency and intensity of cyclones and other disasters are of more concern to the people in the Pacific than geostrategic quarrels about spheres of influence.

At the PIF meeting in Suva, Pacific leaders officially declared a “Climate Emergency that threatens the livelihoods, security and wellbeing of its people and ecosystems” for their region. Following on from this declaration, PIF leaders also endorsed the initiative of the government of Vanuatu to call on the General Assembly of the United Nations to ask “for an advisory opinion from the International Court of Justice (ICJ) to clarify legal consequences of climate change” .  The aim of this initiative is to get an ICJ opinion “on the obligation of states under international law to protect the rights of present and future generations against the adverse impacts of climate change”.

A major outcome of the meeting was the ‘2050 Strategy for the Blue Pacific Continent’ which outlines 10 commitments covering seven key interconnected thematic areas that are seen as most crucial for peace and the sustainable development of the region. Again, climate change figures prominently, and other thematic areas, such as ‘peace and security’, ‘resources and economic development’, ‘people-centered development’ and ‘ocean and environment’ are dealt with as closely connected to climate change. The document highlights “the nexus between climate change and the ocean, maritime boundaries, human rights, the rights of women and girls, the rights of persons affected by climate change, food and water security, disasters as well as climate change and disaster related mobility including relocation, migration and displacement”.

Furthermore, the Strategy stresses the Pacific peoples’ “deep cultural and spiritual attachments to their land and the ocean” and points to “cultural values and traditional knowledge” as valuable resources when it comes to building the resilience of communities in the Pacific in their efforts to adapt to climate change. At the same time, the document clearly states: “While collective greenhouse gas emissions from the Blue Pacific Continent is just over 1% of global emissions, we are at the frontline of the adverse impacts of climate change”, thus pointing to the responsibilities of the big emitters in the Global North. In this context, the issue of ‘loss and damage’ and the need for “timely access to scaled-up, effective and sustainable climate finance” is given particular attention in the Strategy. Finally, the Strategy again identifies climate change as “the region’s single greatest threat to security” and opts for “the expanded concept of security that includes human security, economic security, humanitarian assistance, environmental security, cyber security and transnational crime, and regional cooperation to build resilience to disasters and climate change”. It commits PICs to “a more inclusive and innovative regional security approach that builds on community and national level peacebuilding”.

The ’2050 Strategy’, the Leaders Meeting Communique and the discussions at the PIF meeting in Suva generally are proof that Pacific leaders reject a focus on geopolitics and geo-strategic competition which would draw attention away from climate change. Tuvalu’s Foreign Minister Simon Kofe expressed the general mood of the meeting when saying: “If you view it from our perspective you have these superpowers fighting for influence in the region and yet we have countries like Tuvalu fighting for existence. We’re on totally different wavelengths”.

Hence outside actors who want the support of Pacific Island Countries have to demonstrate that they are in fact, and not only in words, serious and trustworthy when it comes to fighting global warming. This also applies to Australia (which is a PIF member state, as is New Zealand, but which, as a ‘developed’ industrialised nation, differs markedly from the other member states of the PIF). The new Australian government under Labor Prime Minister Anthony Albanese has promised that it will repair relations with its Pacific neighbours and will listen to Pacific voices. But in order to regain trust, Australia will have to do more at home in the fight against climate change – ending fossil fuels, termination of funding for new coal and gas projects. While welcoming Australia’s new climate targets—a 43% reduction of greenhouse gas emissions by 2030—the Pacific partners also made it clear that they expect more, given that the Paris Agreement target of keeping global warming at 1.5 degrees Celsius, or below 2 degrees, cannot be achieved through such modest reductions. Australia’s Pacific neighbours demand more, they need more, and they deserve more.