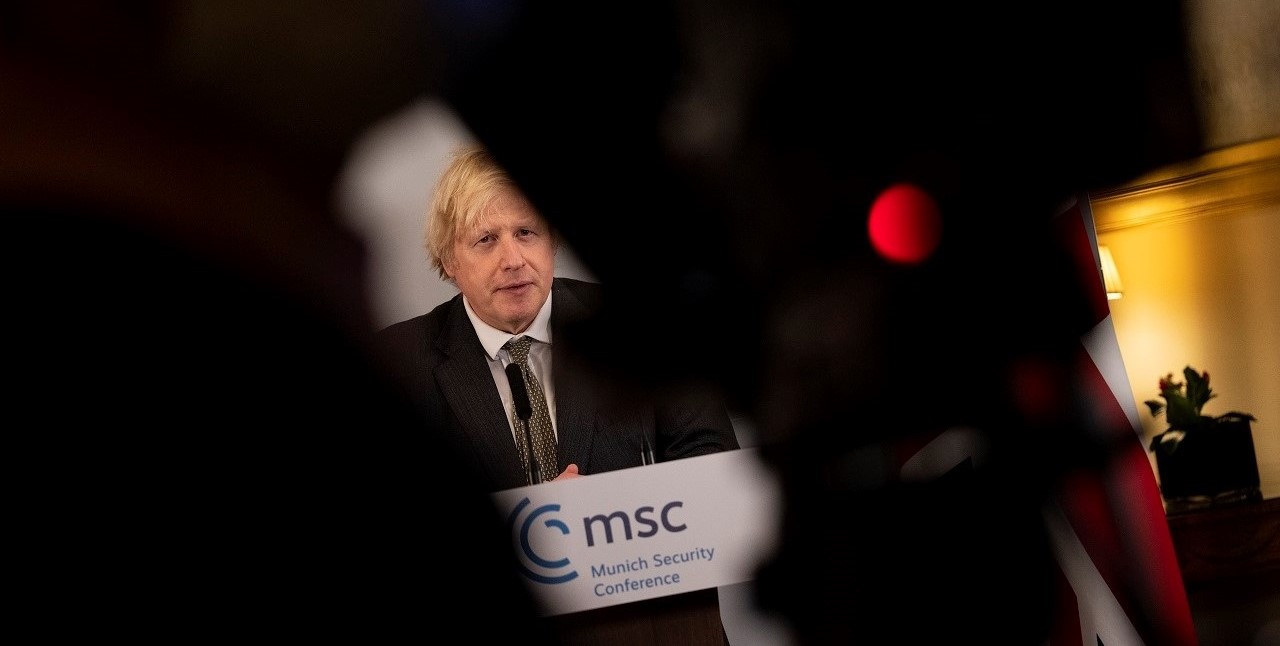 The Munich Security Conference (MSC) has for decades been a place where dialogue about controversial security issues is central. Complicated issues like the Iranian nuclear programme and talks between estranged neighbours, like Israel and Palestine or the USA and Russia, were on the agenda and could be discussed in public and behind closed doors. The MCI prides itself on having been host to many presidents, prime ministers, foreign and defence ministers. This year’s 57th conference on 19 February was totally dissimilar to the previous 56 meetings. At least two reasons made it completely different. Firstly, due to the pandemic, it was a one-day virtual meeting. It was broadcast live and subtle dialogues, face to face, and considerations of delicate problems were impossible. Secondly, astonishingly, only leaders from the transatlantic region and Western organisations were invited, except for the UN Secretary General, Antonio Guterres. (But he too is a Westerner.) Participants concentrated somewhat idiosyncratically on transatlantic family affairs.

The conference covered a broad range of issues. Of course, coping with the Covid-19 crisis played a role in virtually every statement at the conference, and promises were made to do all that is possible. But while the fierce competition continues among the rich countries as to who is first in amassing sufficient supplies of vaccines, Western leaders made benevolent promises once more in Munich that the rest of the world would not be forgotten.

Climate change was touched upon as well. Broadening our approach to security also means addressing the security impact of climate change which is an issue in NATO’s 2030 vision. Climate change is a crisis multiplier and creates threats, in the words of Jens Stoltenberg, NATO’s Secretary General. No insights were offered on possible remedies to reverse the catastrophic developments of the global climate. Maybe we will see actions when sea levels continue to rise, and NATO’s naval bases are affected.

One issue was centre stage at the MSC: the revival of the West or the rebirth of the transatlantic community. All of those speaking did not hide their relief at leaving behind the last four years of erratic politics in this alliance. Forget about Trump! “Beyond Westlessness”, overcoming the self-inflicted weakness of the West - that was this year’s motto. Diplomacy is possible again, collaboration is back, and the transatlantic alliance can address global challenges again. “America is back”, was Joe Biden’s mantra. Angela Merkel promised to continue to work hard on fulfilling the NATO 2% defence expenditure pledge, besides the military commitment in Afghanistan, Libya or Mali. French President Emmanuel Macron wants to create a new security architecture with a key role for the European Union in order to achieve “strategic autonomy” and take care of regional conflicts in the European neighborhood. EU Commission President Ursula von der Leyen signaled the EU’s readiness to engage in defence beyond the EU’s border. Jens Stoltenberg assured everybody that NATO and EU are not competitors but cooperative partners. And “global Britain”, outside the EU since last year, will be an important player to defend “our values” with the highest defence budget ever, according to Boris Johnson.

A dialogue, a conversation, a controversial encounter with other leaders—for example from Russia, China, India, Saudi Arabia, Brazil—or warring factions from Yemen, estranged neighbours in the Horn of Africa, protesters from Myanmar etc. etc, was not on the agenda. The war in Afghanistan, NATO’s only real war in the alliance’s history, is a failure. After two decades, neither the US nor any of the other coalition members have an answer for how to end their engagement without losing face. No wonder that this issue was largely avoided in Munich. It could have spoiled the happiness and the delight about the freshly found new normality of the transatlantic community.

One issue was glaringly absent: disarmament and arms control. Except for a brief remark by UN Secretary General Guterres, who repeated his call for global governance, his proposal for a global cease fire to get the weapons under control and for negotiations with potential adversaries, nobody mentioned arms control. Instead, all the speakers underlined the need for reinforcing military capacities. NATO’s Secretary General set the tone by enumerating the challenges: “The rise of China, sophisticated cyber-attacks, disruptive technologies, climate change, Russia’s disruptive behavior and the continuing threat of terrorism.” Disarmament and arms control are currently, apparently, unknown terms. The dire situation of arms control, despite a few subtle signals between the US and Russian governments, was not addressed in Munich. Instead of a dialogue between potential adversaries, the public could observe a lot of shoulder patting (virtually, of course). Friendly faces, jubilant thumbs up on the screens and assuring comments heralded that the reset button for the West has been pressed. Of course, predictable policies and acceptance of international standards are certainly preferable to the unreliable and inconsistent policies of the last four years.

But is the only answer of the West to invest heavily in defence, enabling us to endure in the geopolitical competition? Apparently, the shock of the pandemic has not led to changing priorities. World military expenditures have reached a new peak. The share of military expenditures in global income amounted to 2.3% in 2020, almost $ 250 per person, more than ever before. According to SIPRI data, it reached almost 2000 billion USD. The increase is partly the result of Corona, since global income decreased, and, at the same time, countries have increased military procurement as an economic revival programme. The 30 NATO countries still spend roughly 60% of global military expenditures, despite the fact that countries like China, India and Saudi Arabia had high growth rates in their expenditures in recent years. The global share of the four European countries—France, Germany, Italy and United Kingdom—alone amounted to roughly one fifth of global expenditures. Global arms transfers have picked up speed again.

In the midst of the Covid-19 crisis, is this the time to invest in additional military capacities? The deadly virus rages particularly in the US and West European countries. And their leaders praise the new-found old US-led Eurocentrism, the post-Trump order. The fact that they can’t meet physically in one room illustrates how irrelevant this is to today's most proximate danger. Are we back to Cold War times when East and West invested so heavily in their own armed forces and their weapons that, eventually, the Soviet Union collapsed under the economic burden? Have we not learned from that part of our history that actions on one side are followed by reactions on the other? The Munich Security Conference certainly had no alternatives to offer. What would be needed now is an initiative in the UN and the G20 to reduce the burden of defence spending.