Advancing the Treaty on the Prohibition of Nuclear Weapons 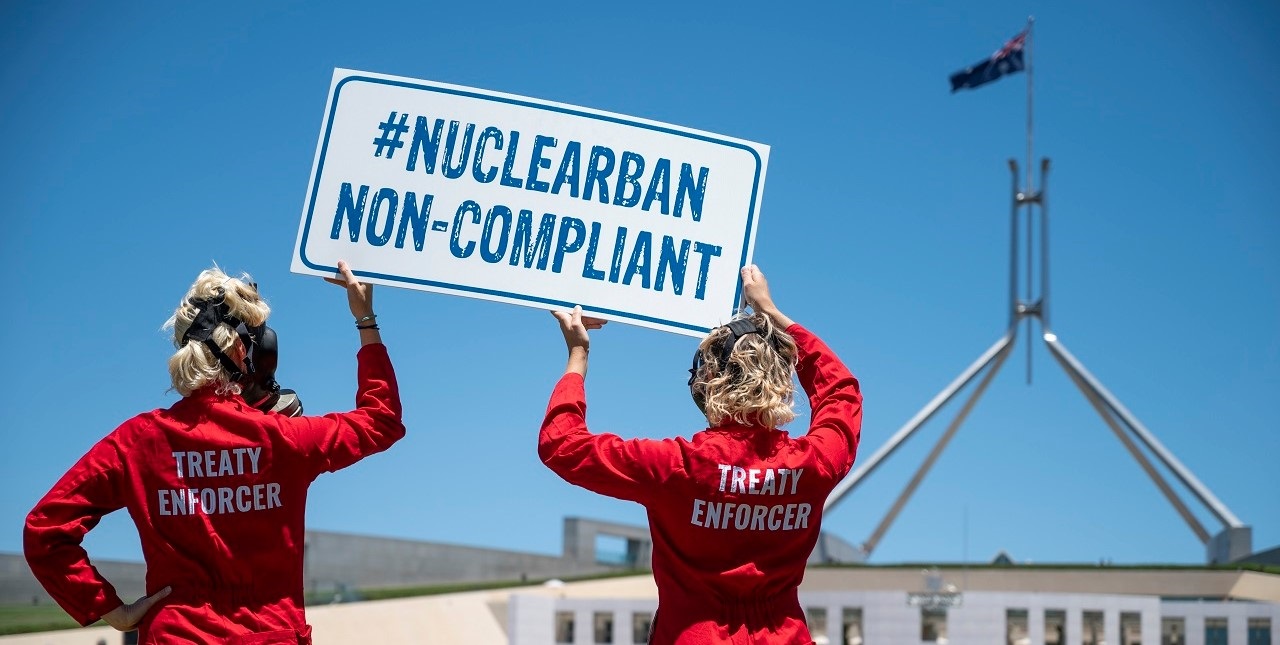 The Treaty on the Prohibition of Nuclear Weapons (TPNW) entered into legal force on 22 January 2021. It is the first multilateral nuclear disarmament treaty to be negotiated in 25 years (since the Comprehensive Nuclear-Test-Ban Treaty, CTBT) and the first such treaty to enter into force in 49 years (since the Seabed Treaty which prohibits weapons of mass destruction including nuclear weapons being placed on the seabed).

The TPNW is here to stay and is a game-changer. It provides the first comprehensive and categorical prohibition of the worst weapons of mass destruction, the only weapons which pose an acute existential threat to humans and planetary health. The treaty now becomes the standard against which actions and inaction relating to nuclear weapons are measured. It includes the only internationally agreed and treaty-codified framework for the elimination of nuclear weapons and programmes – time-bound and verified. And it is the first treaty obligating all states parties to assist the victims of nuclear use and testing and, where feasible, help remediate environments contaminated by nuclear use and testing.

There are many things to be done to build the legal, political and moral force of this historic treaty; grow its membership and implementation; and use it as effectively as possible to advance the eradication of nuclear weapons and reduce the likelihood and scale of their use in the meantime. With the hands of the Doomsday Clock this year still perilously further forward than they have ever been, at 100 seconds to midnight, implementation and impact from this one bright light of progress in a darkening nuclear landscape is both vital and urgent. We do not have the luxury of time, of tolerating and pussy-footing around the continued nuclear modernisation and refusal of nine states to fulfill their obligation to dismantle their global suicide bombs.

Not later than 30 days after the Treaty enters into force for each state party (21 February 2021 for the first 50 ratifying states), each state party must lodge a declaration with the UN Secretary-General delineating its nuclear weapons status.

The Treaty specifies a number of things to be decided by the first meeting of states parties, which is to be convened by 22 January 2022, and will be hosted by the Austrian government in Vienna:

More broadly, the more progress that can be made in promoting and implementing the treaty at the first meeting of states parties, the better. While a lot can be accomplished in a well-prepared and well-led meeting of determined and like-minded states, it will be important, especially in the absence of a dedicated secretariat for the TPNW, that the first meeting sets up bodies and processes that can continue the work of treaty implementation and promotion in the two years before the next meeting, and beyond. The TPNW was negotiated through a UN process under a mandate from the UN General Assembly. Its depositary is the UN Secretary-General. Thus, advancing the treaty is UN business, including for the Secretary-General, and the UN Offices of Disarmament Affairs and Legal Affairs.

The first meeting of states parties could usefully augment these by:

All this will require resources – both in-kind and financial. States parties should come to the first meeting of states parties having done some homework on committing funds.

Prohibiting nuclear weapons “was the only potentially transformational step achievable without the engagement of the nuclear-armed states”. The power and value of this achievement now needs to be progressively enhanced. Important work for all treaty supporters is increasing the number of states signing the treaty and converting those signatures to ratifications. With 159 states supporting the Humanitarian Pledge and 122 states voting for the treaty’s adoption, despite the reprehensible negative pressure from some nuclear-armed states and their accomplices, it should be possible to reach 100 ratifications over the next year or two. A key moment will come when the first nuclear-armed or accomplice state chooses to get on the right of history and become part of the solution rather than the problem.

States parties should implement their obligations in timely and effective ways, and report regularly on how they are doing so. Perhaps the greatest potential to broaden the treaty’s impact before any nuclear-armed or accomplice states join is in strong implementation of the prohibition on assistance, encouragement or inducement of prohibited activities, for example mandating or incentivising divestment from companies building nuclear weapons; and through the potential to amend the treaty to enlarge its scope. For example, the treaty could be amended to require ratifying states to also ratify the CTBT. Of greater impact could be using the TPNW to advance the control and elimination of fissile materials, by requiring states parties to cease any production of highly-enriched uranium, end any reprocessing of spent nuclear fuel to extract plutonium, and eliminate or submit to secure international custody any stockpiles of separated plutonium.

The treaty is the best tool we now have against our worst weapons; let’s use it well.

Tilman Ruff AO is a physician, co-founder and the founding international and Australian chair of ICAN, Co-President of International Physicians for the Prevention of Nuclear War (IPPNW, Nobel Peace Prize 1985), and Honorary Principal Fellow in the School of Population and Global Health, University of Melbourne; and is a past president of the Medical Association for Prevention of War (Australia) which with IPPNW established ICAN.